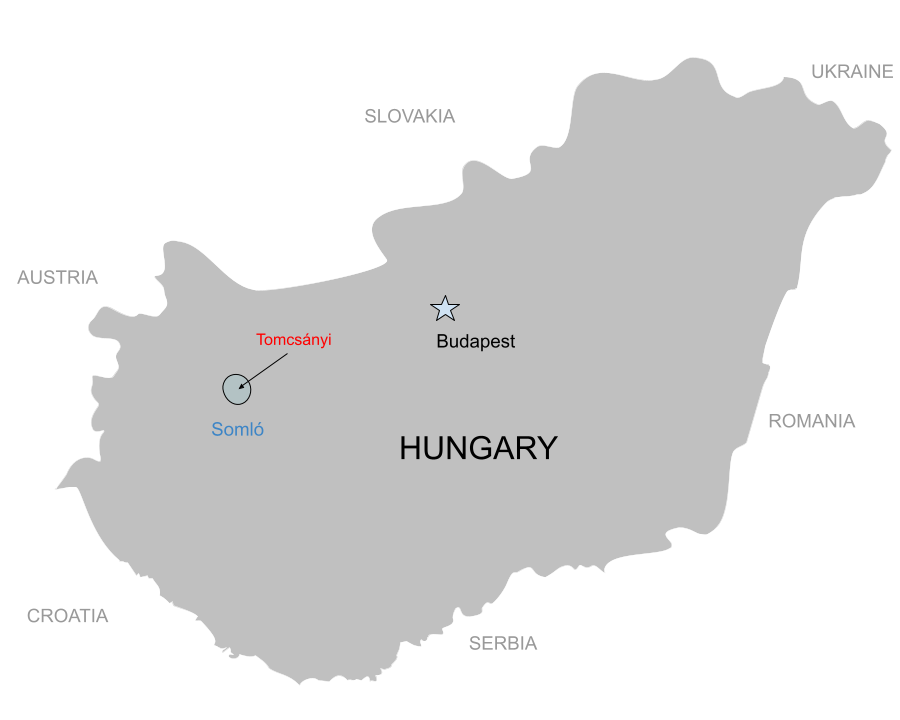 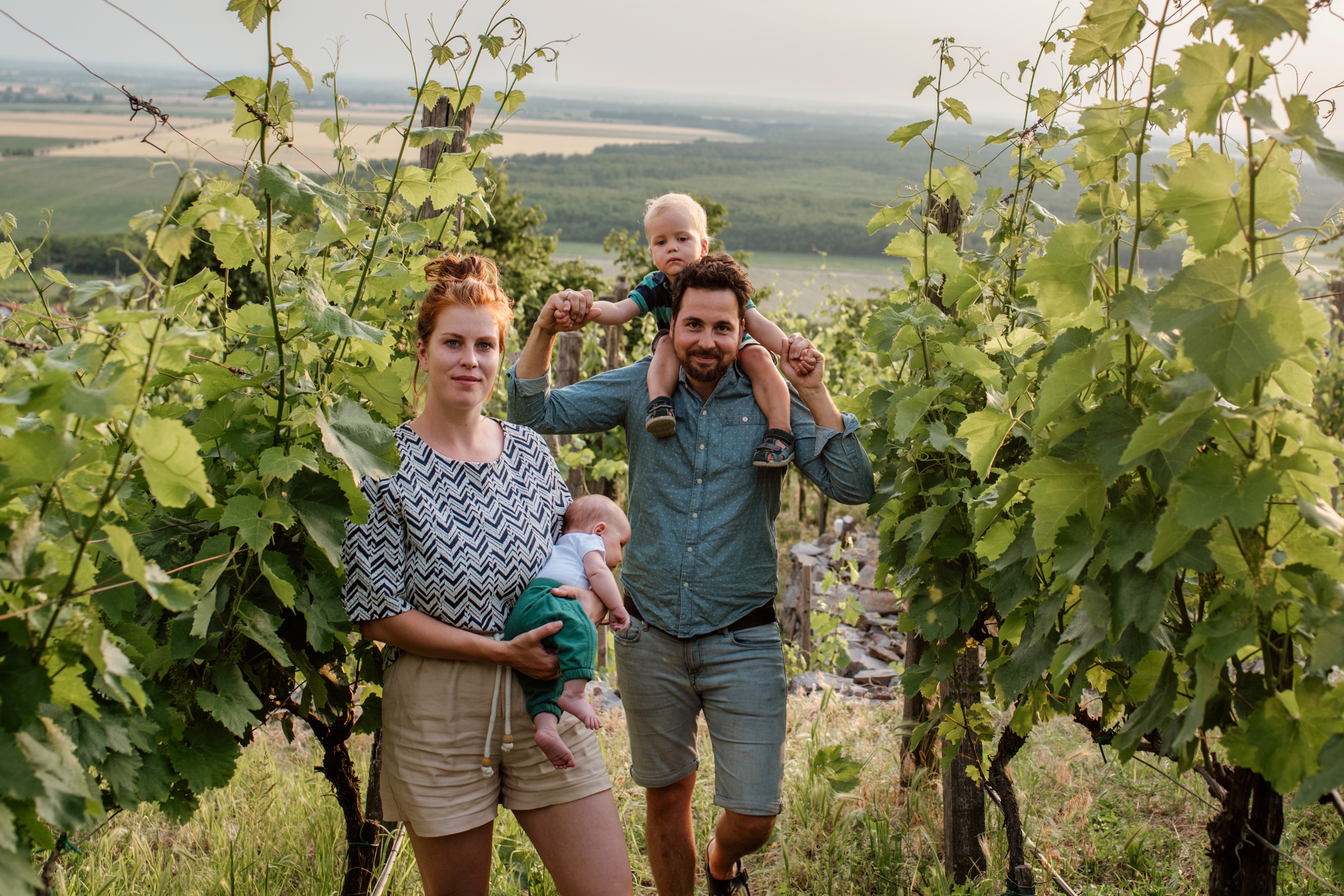 Árpád Tomcsányi and his family

Given our limited and outsider’s perspective, there has always seemed to be two major schools of thought on the basalt-riddled hill of Somló. Some pick late and either use long élevage or residual sugar to find balance while others pick early and rely on more reductive winemaking. This is of course a gross oversimplification, but what Árpád Tomcsányi is doing is undeniably a third bowl of porridge. We’ve never tasted wines from Somló like this before. At the same time, he feels responsible for continuing the legacy of Somló and his labels communicate that right off the bat – a fingerprint where the friction ridges stand in for the topography of the appellation. 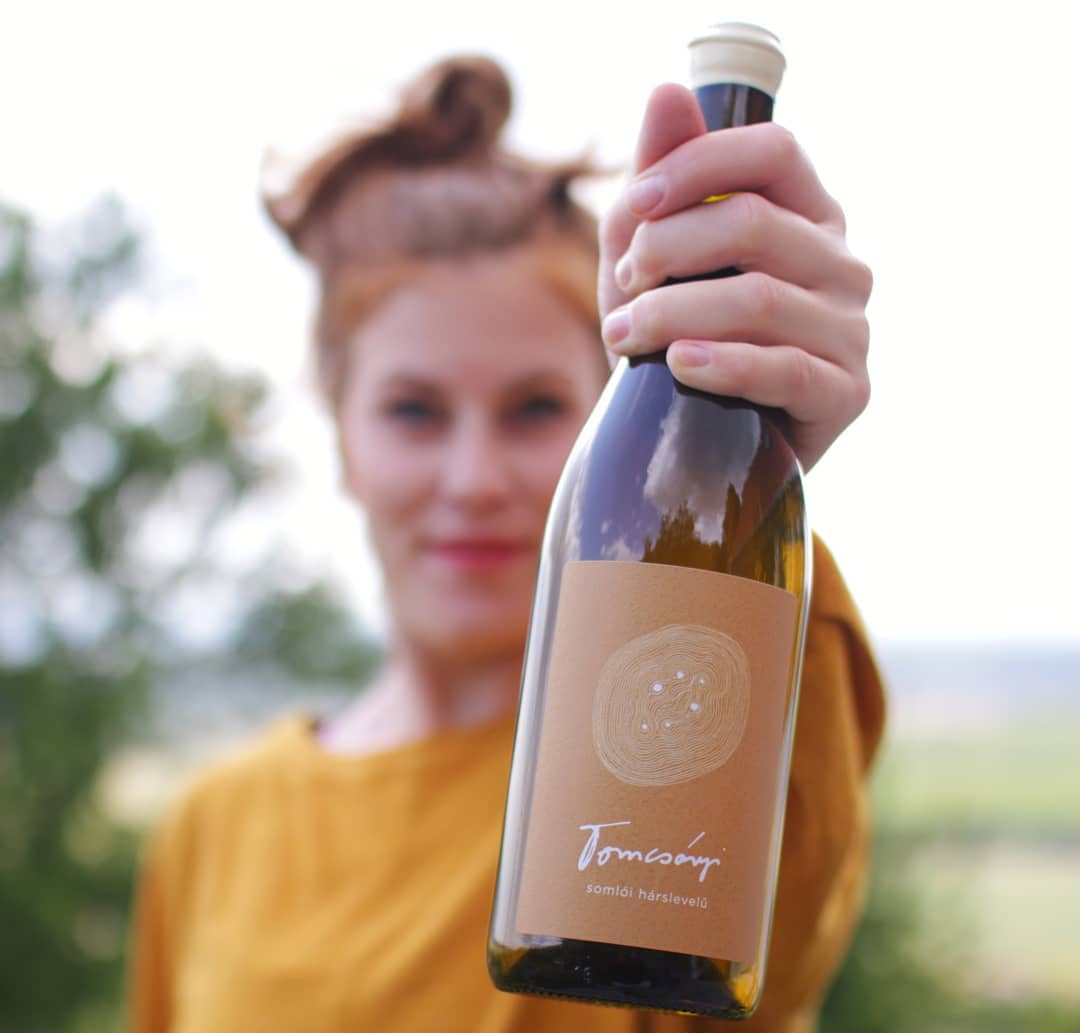 The family also checks off all the major boxes: Certified organic, Demeter in 2022. The wines are handled with the aim of being fresh, clear headed and alive. They are passionate and driven people. They are trying to create the best way of life for themselves and their children (3rd son coming in May). Wines taste good. 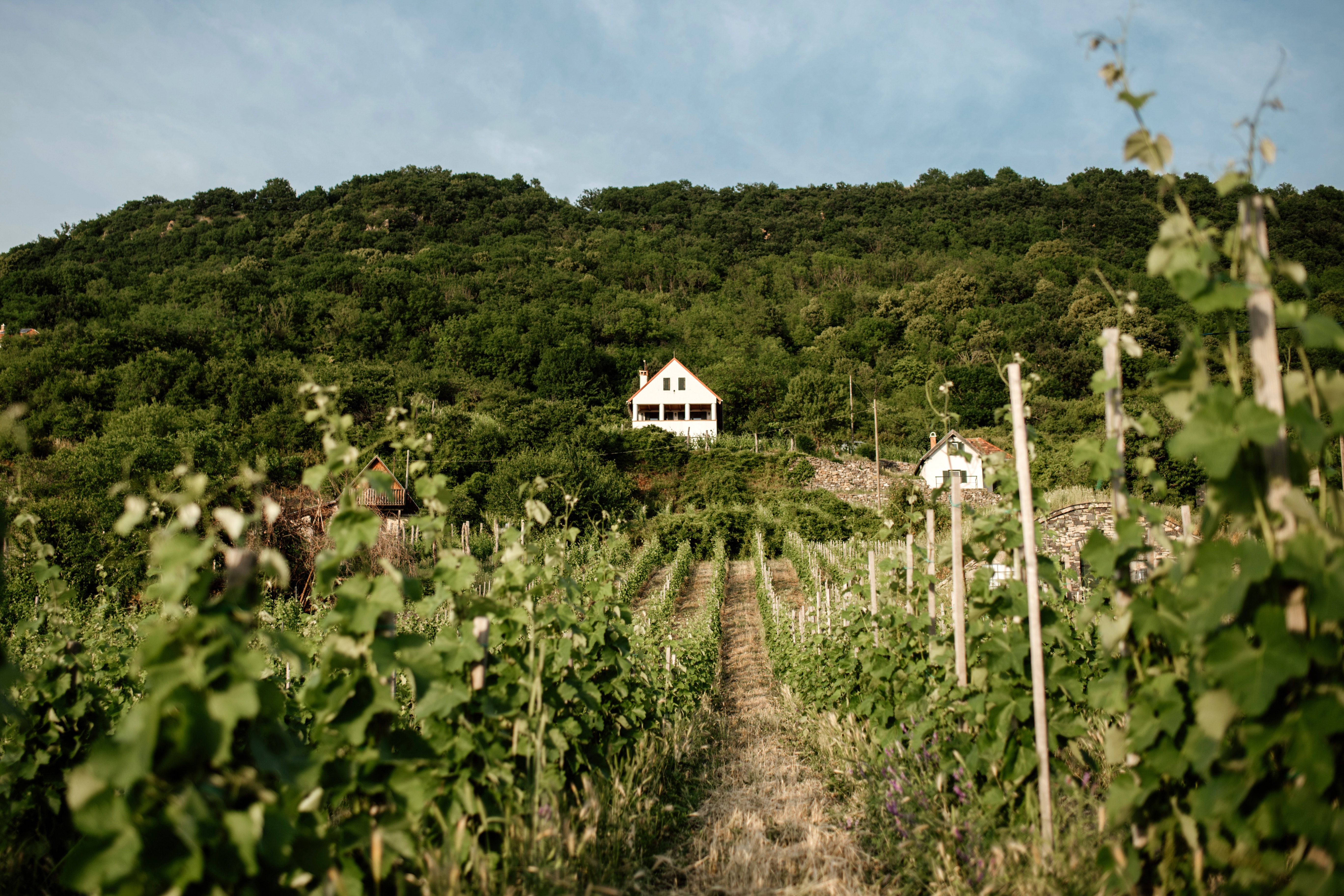 Looking up on Somló towards their home

While our existing partners on Somló are many years established, this is a fairly new project. The inaugural vintage was 2016 which also coincided with Árpi’s marriage to Nóra just days before harvest. Genuine bonds of love and commitment for family and place were formed simultaneously. He’s even written a love letter to this effect. In these early days, Árpi was still splitting his time between Budapest and Somló working in film. 4 days on Somló and 3 days in Budapest was the routine. This was at odds with wanting to slow down and find a consistent pace in life. It’s also the pace of life they want to have reflected in their farming and wines. Distilling down what’s most important. They’ve been renovating an old home and hope to move in permanently early next year. 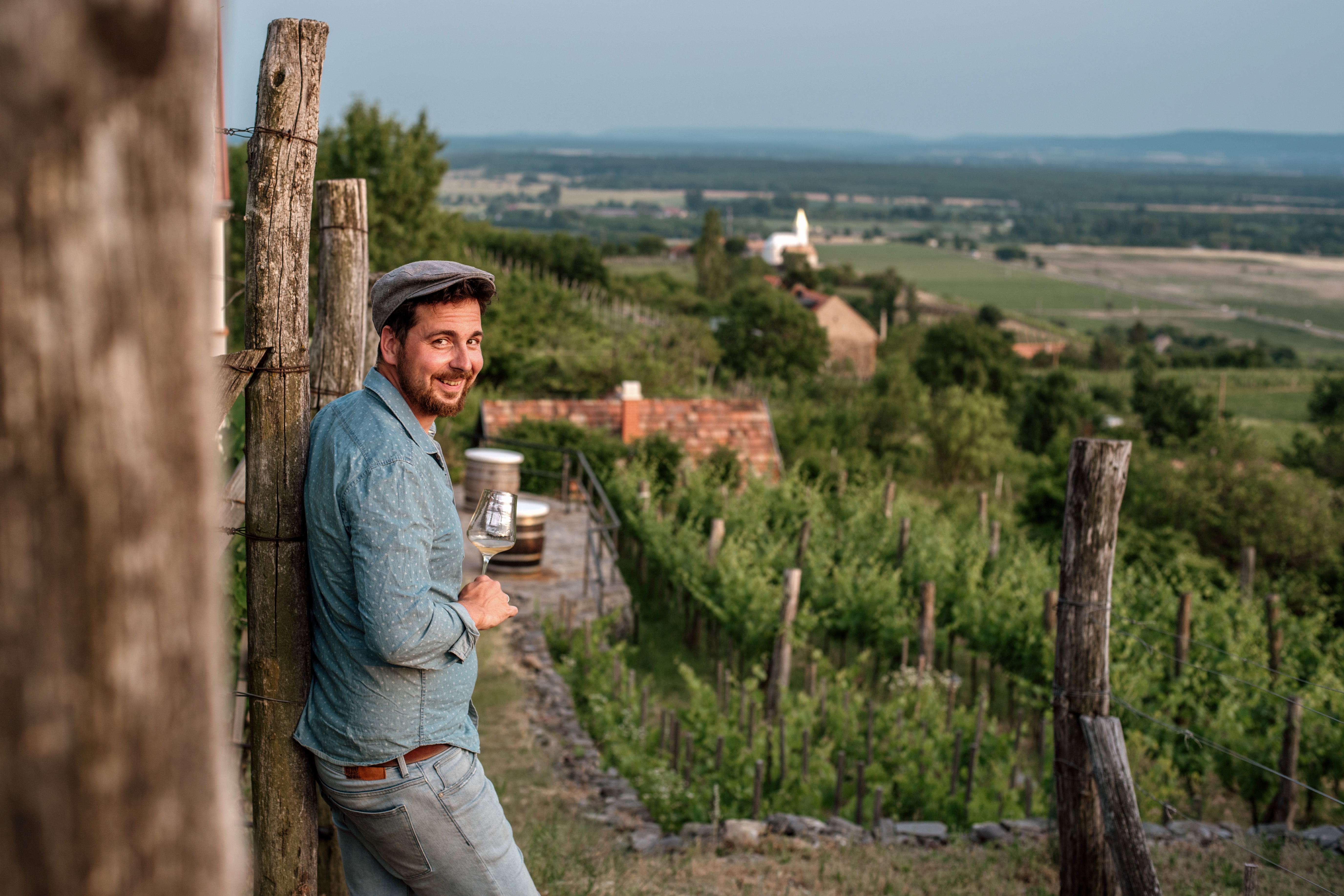 Árpád Tomcsányi in the vineyard

His father initially purchased the property on the Western slope of Somló with this in mind over a decade ago. As Árpi put it, “Your vineyard needs to help you to live.” They currently have 3 hectares with 4 being the eventual goal. High up on the hill, the soils are mostly heavy basalt with patches of clay along with plenty of sun. Cover crops are planted and they manage everything else with copper, sulfur, teas and orange oil. Demeter certification is set for 2022 and he’s intent on adding bees, getting more goats and cultivating more diverse green spaces. As filmmakers by trade, they’ve even directed and produced a short film together devoted to Biodynamic farming. 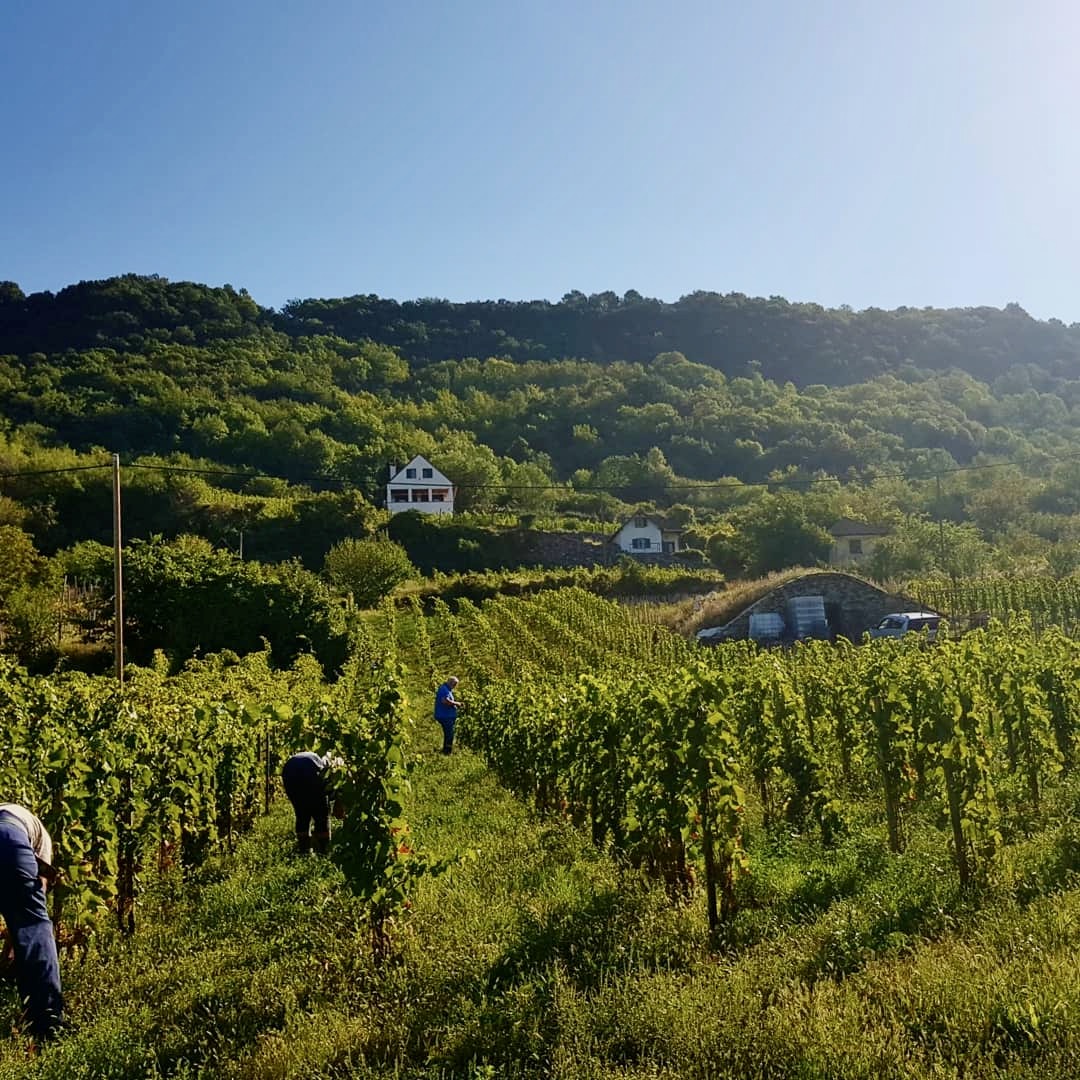 As for winemaking, it’s been a mixed diet of education and experiences. On the intellectual front, he hosts a podcast called “Borivók” where he interviews mentors and icons about natural winemaking. He has also worked harvest down in Badacsony with Ambrus Bakó, in Szent György with István Bencze and Endre Szászi, and made his first vintage in the cellar of István Spiegelberg on Somló. He often gets picked up at the train station by other winemakers from the hill. There’s a growing community that he’s getting sutured into. On the more technical front, he tends to keep macerations on the lighter side, all spontaneous fermentations are in barrel or amphorae and he’s very keen on longer lees aging without stirring. He uses a 100+ year basket press, zero machines in the cellar, and prefers super light toasted Stockinger barrels. The general idea is to have the freedom to experiment and take risks, but only send what really works to the market. All of the wines are bottled unfiltered, and since the 2019 vintage, zero additions including sulfur. 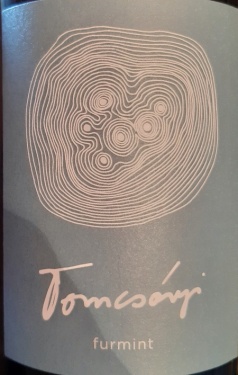 The 2019 Furming comes from an older nearly 40 year-old site and a super young vineyard that Árpi planted. Picked over 3 days, the whole lot spent 1 night on the skins together. Everything was then moved into barrel by hand and aged for 20 months in neutral oak. Regular topping up, but not stirring or racking. Bottled in May 2021 without filtration, clarification or sulfur. Built in oxidative notes, ripe fruit, bright acidity, and plenty of salty volcanic water vapor. Screams Somló.
Download PDF Fact Sheet 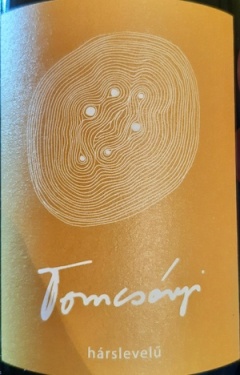 It took 3 harvest passes in order to balance out potentially high alcohol and over the top acidity. The first 20% spent 2 weeks on the skins and the other 80% was direct pressed. Due to these multiple passes, it straddles the line between aromatic and fresh and dense/structured. The extended lees aging brought both ends together seamlessly. Bottled unfiltered with zero additions.
Download PDF Fact Sheet 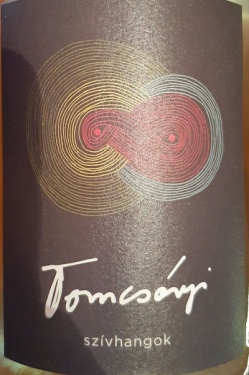 The 2018 Szívhangok is a cuvée of Hárslevelű, Juhfark, and Olaszrizling. The name of the wine translates to “heart sounds” in honor of Árpi’s father who is a cardiologist. The Hárslevelű spent 4 days on the skins, the Juhfark for 1 day, and the Olaszrizling was all direct press. Fermented separately, lightly filtered and with a small addition of SO2. This is more in line with classic Somló, the beginning of his learning curve for where he sees himself going, and really elegant.
Download PDF Fact Sheet 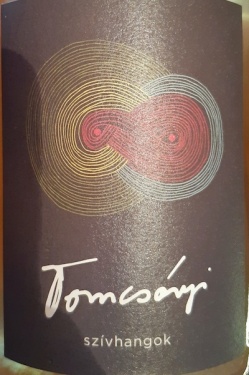 The 2020 Szívhangok is a massive jump in style compared to the 2018. Instead of a blended cuvée, this is a co-fermented blend of Olaszrizling, Chardonnay, and Tramini. The Tramini spent two weeks on the skins, The Chardonnay was whole cluster, and the Olaszrizling was direct press. Fermented in 1000L barrel and bottled unfiltered with zero additions, this is a wild yet fully realized new look at Somló.
Download PDF Fact Sheet