“We believe that the Mátra wine region, which has been called the homeland of fresh, white wines, has not yet found its true image” — Piroska-Orbán Szilvia and Piroska Tibor 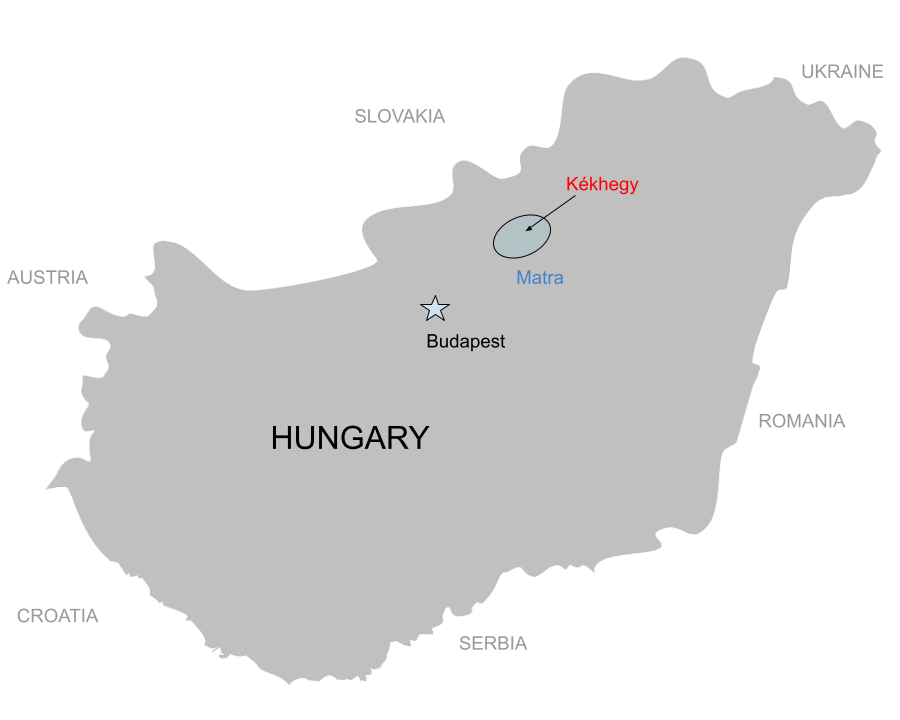 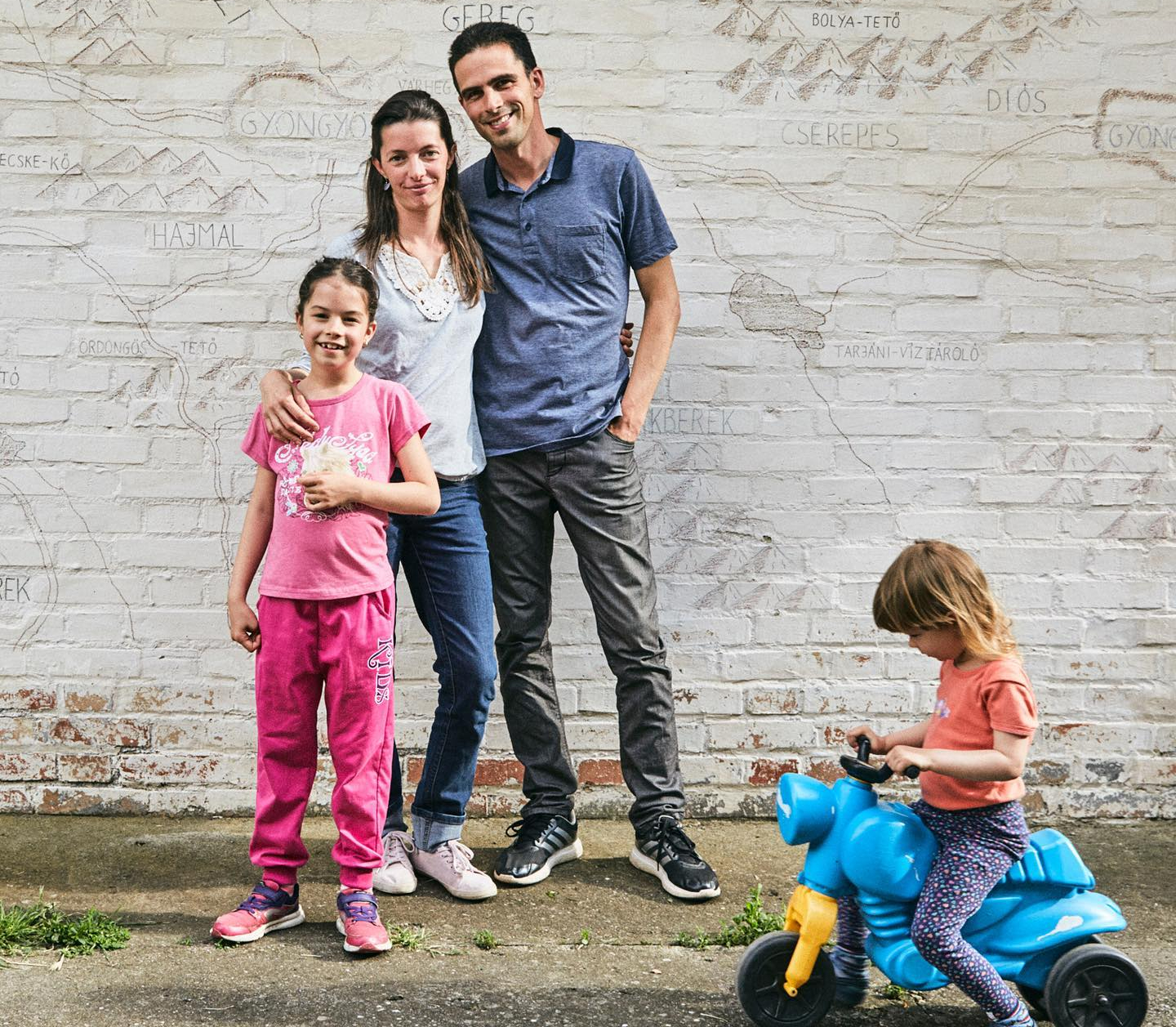 Szilvia, Tibor and their two girls

One of my favorite Hungarian colloquialisms is, “Sírva vigad a Magyar.” This more or less translates to: a Hungarian is only happy when they are miserable. I’ve also heard it described as a “melancholic intermingling of joy and sorrow.” This sentiment is also acutely felt while walking around the various Pincefalu in the Mátra appellation. A Pincefalu is a village dedicated entirely to small family cellars dug into the hillsides with a connected press house on top and often a small living space above that. While largely abandoned today (WWII, Holocaust, Communism etc…), you can easily close your eyes and imagine what harvest would have been like here at its historical peak in the late 1700s early 1800s. Hundreds of families all cooking, harvesting, and celebrating together. While only a handful of these cellar houses are still actively used by hobby winemakers today, a few families are doing something really special and bringing these wines to the market like Szilvia and Tibor of Kékhegy Pince in Gyöngyöspata. 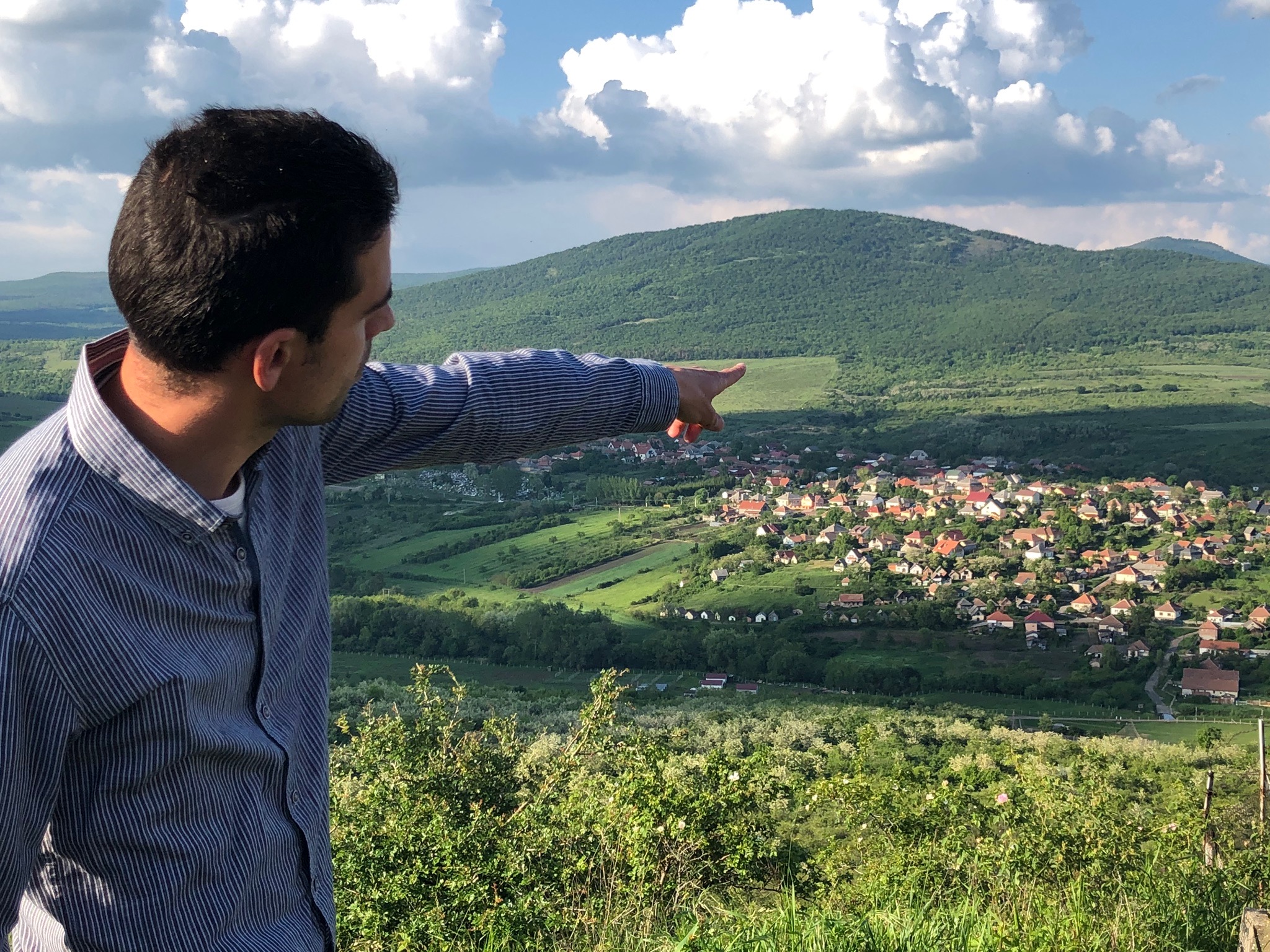 They are not a part of long lineage in the Mátra and are a first generation winemaking family on top of that. They actively chose this place because of its massive potential and freedom to pursue what they want. Often unfairly pigeonholed as just producing fresh mass-produced aromatic white wine, it’s one of the most underestimated appellations in Hungary. It has remarkable andesite riddled volcanic soils, a wide range of varietals and is ideal for organic farming. There’s also a synergy of other like minded producers that we are humbled to work with like Fanni and Gábor Karner, Bálint Losonci and Levente Major who are all pioneering producers in the natural wine scene in Hungary. 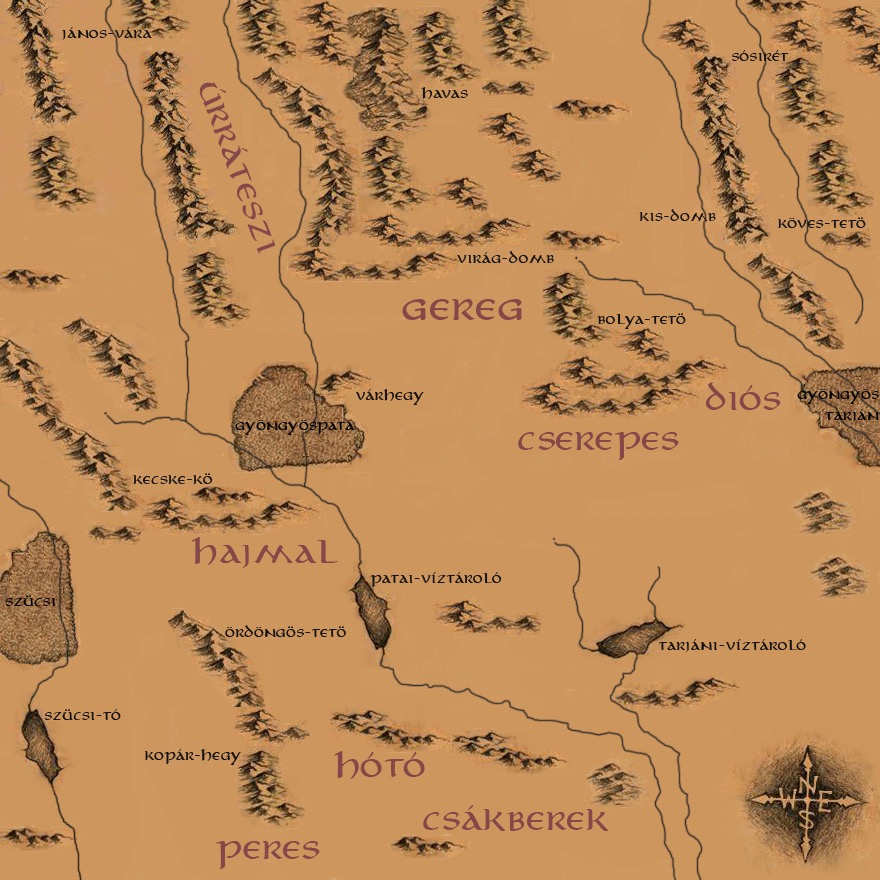 Map of the area

Szilvia and Tibor founded the winery in 2009 with a single hectare. Certified organic in 2016 they now farm 3 hectares and every job in the vineyard and in the cellar is handled by them and their two young daughters. 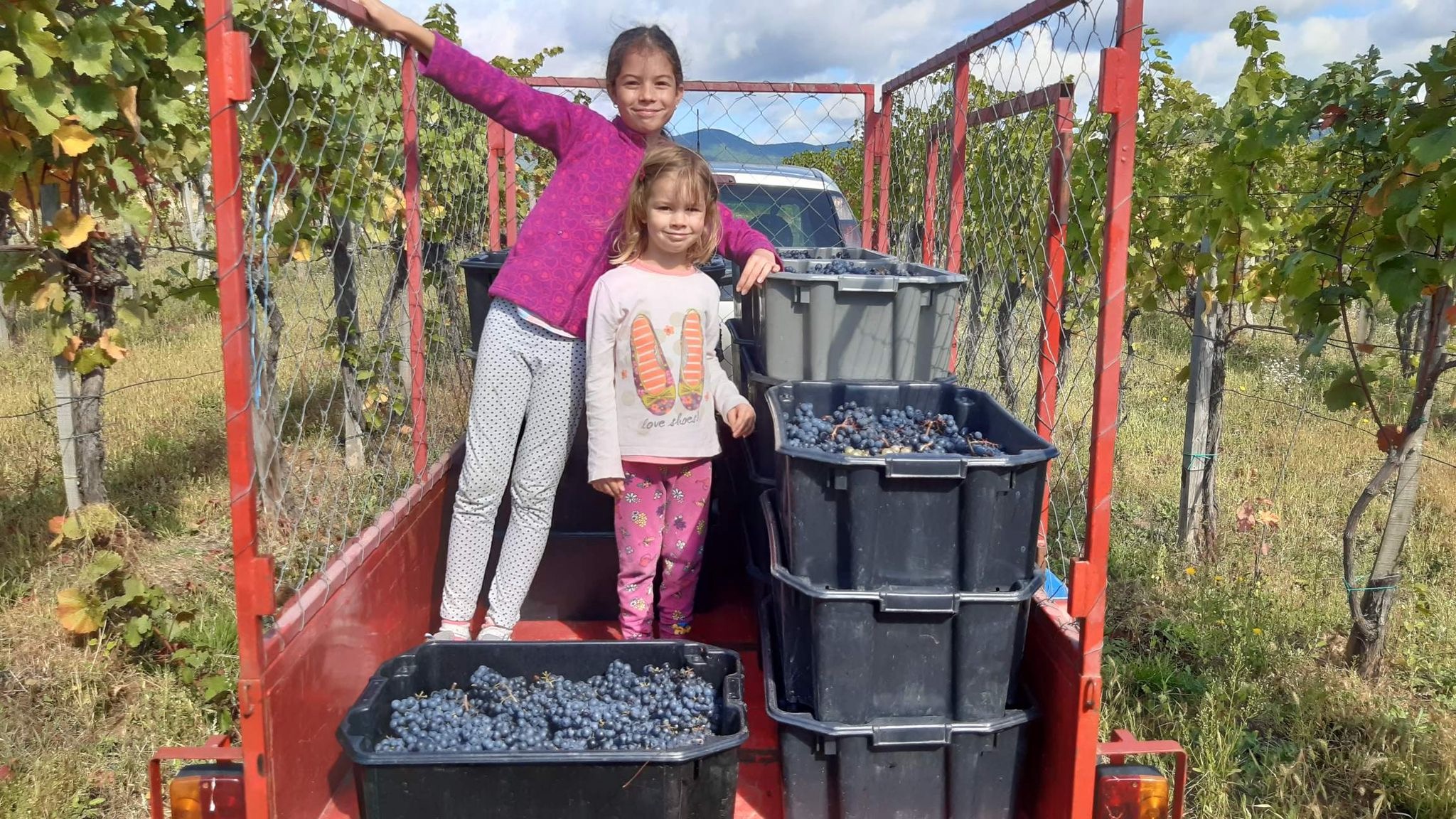 Harvesting grapes for the Siller

Last year they only sprayed twice (sulphur, orange-oil, potassium-hydrogen-carbonate, amino-acid based biostimulant, humic-acid preparation), made one deep tillage followed by healthy and diverse cover crops. They tried zero till for 4 years between 2015-2018, but the volcanic soils proved to be too thick and dense. They’ve since finally found a great balance and continue to experiment.

The Siller comes from the Katona-berek dűlő just south of the village of Szűcsi overlooking a small lake. Their plot is just .55 hectares on the south-eastern side of the hill. The soil is clay with andesite tuff. There’s remarkable and ever present airflow here and it’s warm enough to afford a long growing season for the Cabernet Sauvignon. The acids are ripe and there ripeness with remarkable aromatics. 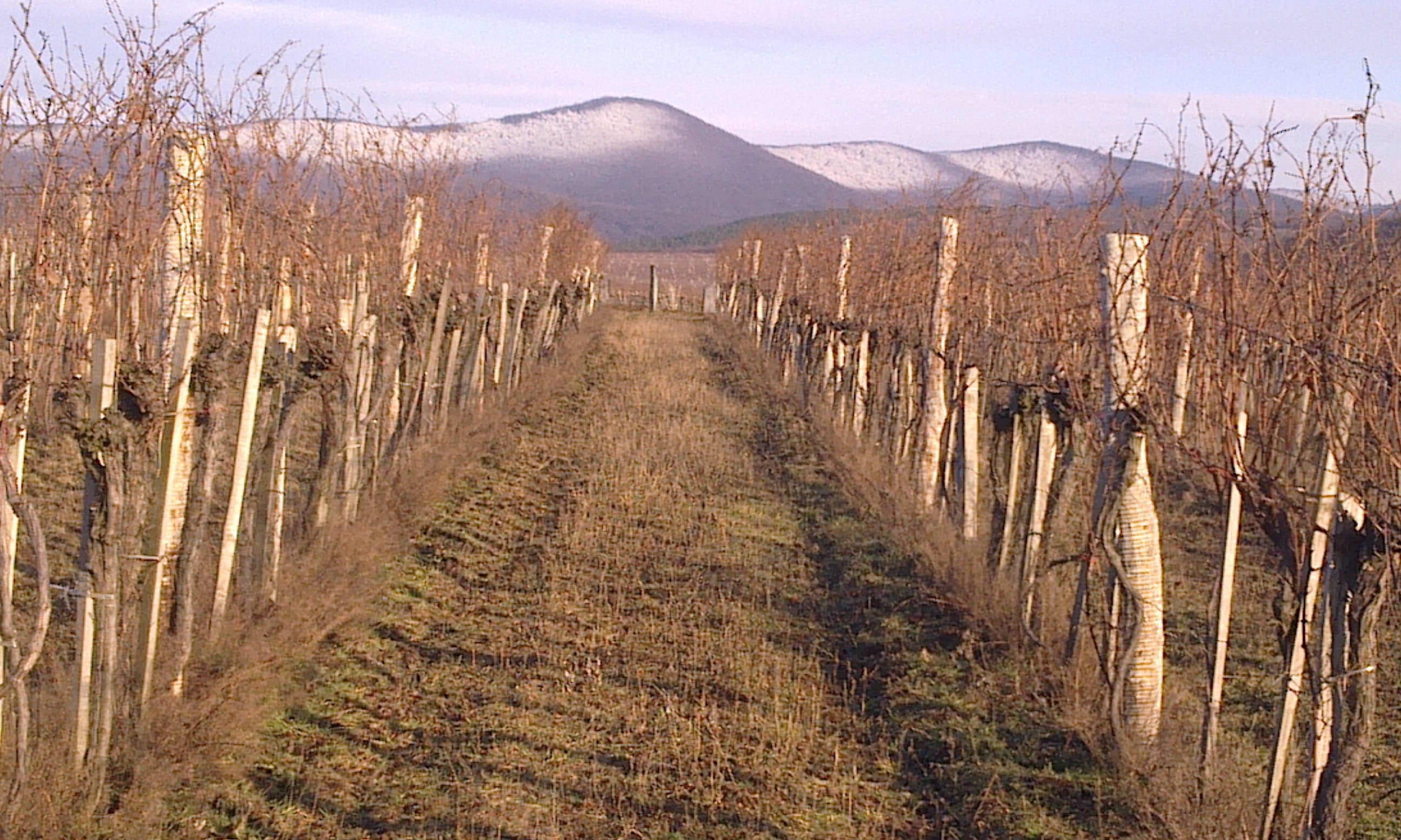 The Úrráteszi vineyard in winter

The Zweigelt comes from the Úrráteszi dűlő just northwest of the village of Gyöngyöspata. Slightly higher altitude than the Katona-berek dűlő and southeast facing, it’s much cooler here. Sugar levels are accordingly lower, but the clay soils have more volcanic material and lots of chalk, so there’s acidity and backbone to balance things out. There’s lift and freshness here without resorting to picking early. It’s also the right place and grape to best tackle climate change. 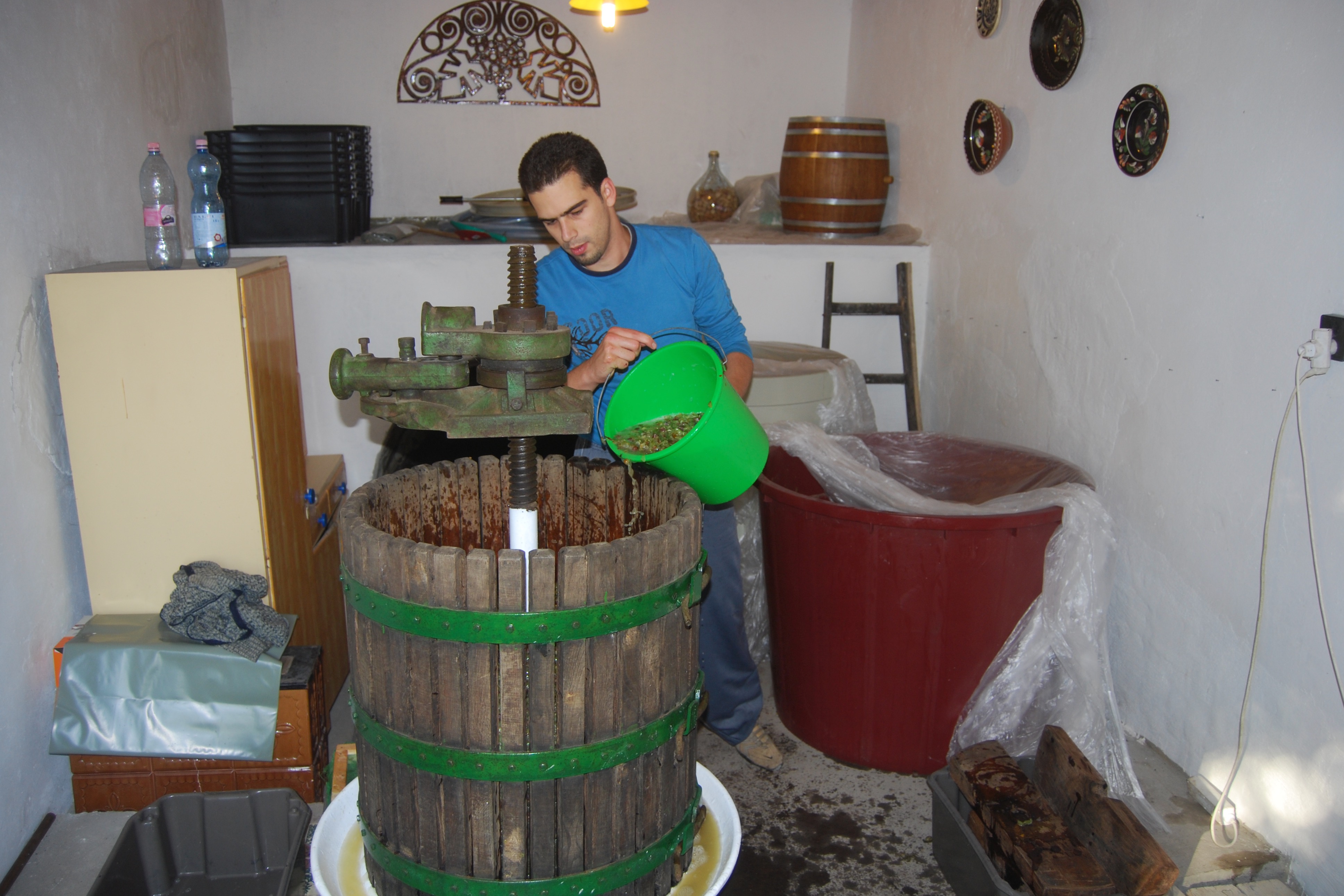 In the pressing room

In the cellar, most wines are open vat fermented, basket pressed, and often aged in tank. Most grape material is moved by hand and instead of pump overs or higher extracted punchdowns, most maceration is done by hand as well. The only addition to their wines is SO2, but they don’t want to set their pick date or predetermine their winemaking style in the service of needing less of it. They have no interest in high VA, green acids, or relying on extensive lees aging to add body. They don’t want to lose the grape in the process either. Most wines have around 30-60ppm and are bottled unfiltered. They are experimenting and pushing themselves with some zero-zero stuff down the road, but there’s no rush. 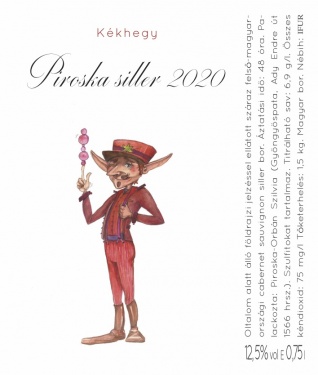 We are always looking for a good Siller. This style is essentially somewhere in between a light red and a rosé. It’s also a perfect foil for traditional flavors like Paprika and Caraway. It’s what Tibor and Szilvia would call a “smart rosé,” in that it has some grip from some light maceration along with plenty of aromatics and freshness. 50% of the 2020 fruit was crushed and spent two days on the skins in open vats while the other half got a head start on fermentation. Pressed to tank and blended to finish fermentation before being bottled unfiltered.
Download PDF Fact Sheet 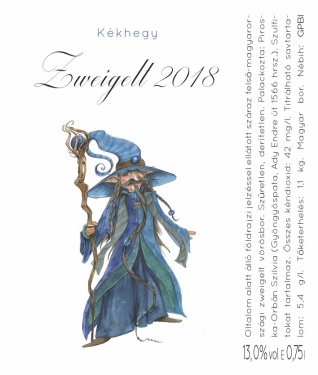 For Tibor and Szilvia, they love the structure of Kékfrankos and the light spiciness of the Sankt Laurent, so Zweigelt (the love child between the two aforementioned grapes) is a perfect sweet spot for them. It also drinks well young so they can bring it to market, but also has serious aging potential as well. The 2018 was macerated for two weeks in open vat and worked over by hand before being pressed into tank. Aged in tank for 1.5 years, bottled unfiltered and then aged another year in bottle before release.
Download PDF Fact Sheet