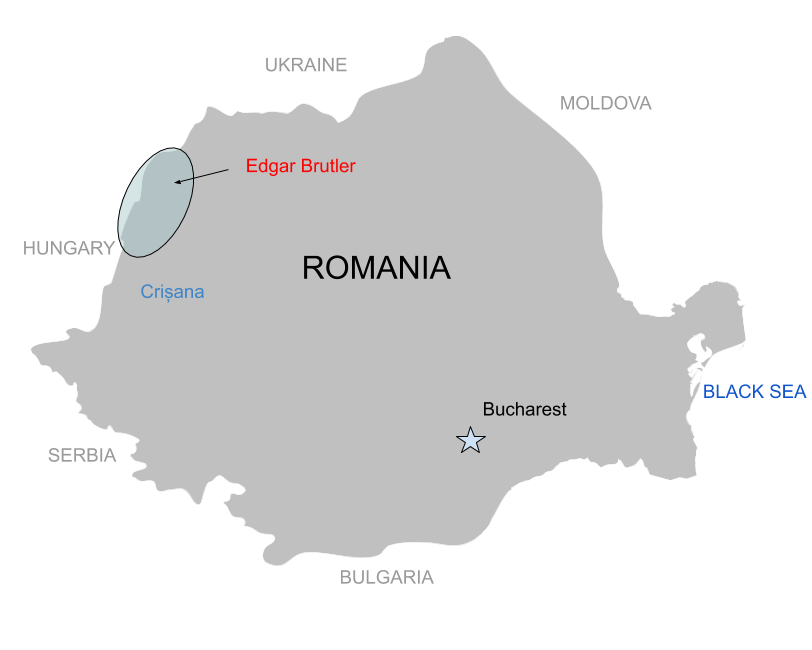 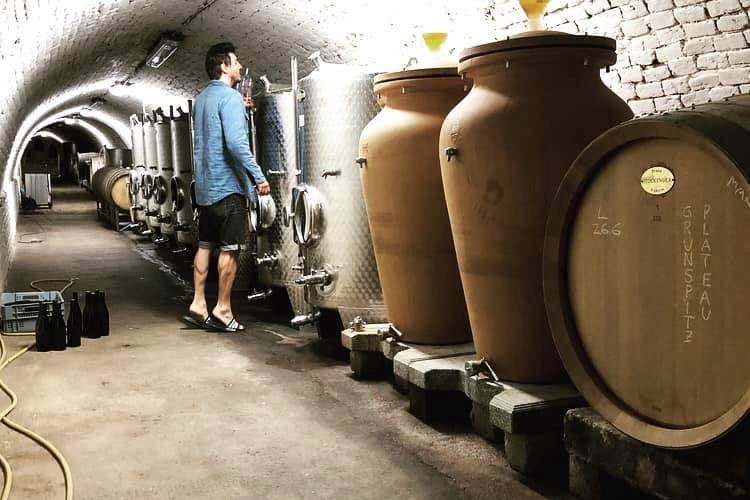 Transylvania has always been a bit of white whale for us. I don’t think you can get further away from what we think of as Europe while still being in Europe. This is where horse carts often outnumber cars, self sufficient agriculture is the norm, there are more fortified Churches than anywhere else in Europe, and where Vlad the Impaler once vertically impaled nearly 20,000 people on display near the city of Târgoviște to intimidate the Ottomans. Literally translating to "beyond the forest," it also has an unbroken winegrowing tradition going back at least 2000+ years. It’s also believed that Dionysus/Bacchus was born in Thrace in modern day Romania. It’s a surreal place where the language is Balkan Romance, the food is Hungarian with some key distinctions, and where the imprints of both the Middle Ages and Communism are frozen in time. 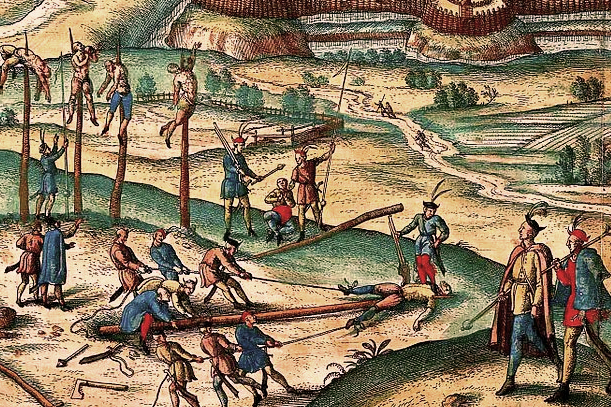 
Skipping over vast swaths of history and using gross oversimplification in order to get to the wines at hand, a condensed historical refresher is still helpful. From 1003-1526, the Kingdom of Hungary ruled. Under King Stephen I in the 10th Century, Queen Gisela brought in Germans (Swabians) from her native Bavaria. It’s then a long tug of war between the Ottomans and Hapsburgs starting in the early 1500s until the Hapsburgs finally pushed out the Ottomans in 1691 during the Great Turkish War.

Romania’s official independence and its constitution didn't arrive until 1881. Through it all, Transylvania always fought to be a separate entity within the Hapsburg and Ottoman periods. WWI causes the collapse of the Austro-Hungarian Empire, Romania adds Transylvania and a few other regions back inside its borders. Things get messy in between WWI and WWII. Romania starts supplying a lot of oil to Hitler in exchange for being left alone. This doesn’t last long and meanwhile Hungary takes back Transylvania by force. Romania ends up switching sides and fighting with the Red Army to defeat German and Hungarian forces. Romania gets Transylvania back again. This was then followed by Soviet occupation and eventually becoming a Communist state in 1947. Romania does not enter this arrangement quietly and experiences some of the fiercest extrajudicial killings and purges of any Bloc country. And I don’t think this gets the attention it deserves, but Romania’s final autocrat Nicolae Ceaușescu and his wife Elena were captured after fleeing by helicopter and then killed by firing squad on Christmas Day 1989 following violent protests. This effectively ended the Communist era. 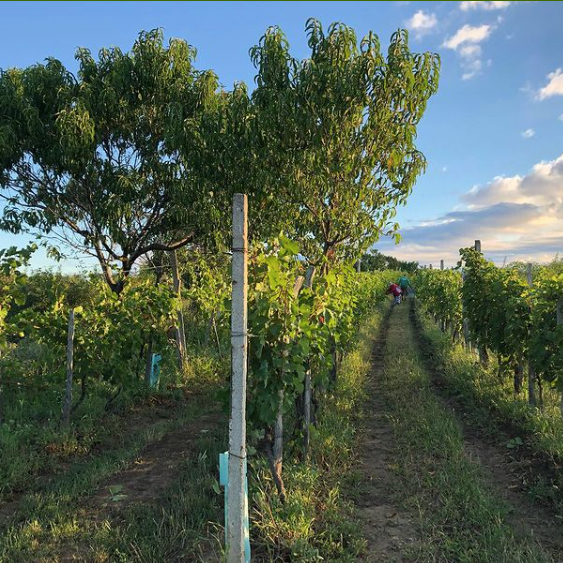 During all of this, agriculture was at the heart of the Romanian character and economy. After WWI, it’s estimated that 90% of Romania’s agricultural land was owned in parcel’s no larger than 5 hectares – massive fragmentation. This was then collectivized by force during Communism. A lot of hybrids (Labrusca x Vinifera) were planted and the typical story of quantity over quality ensued. There were weird moments like PepsiCo importing Romanian wines in the 1970s under their Monsieur Henri Selection series (the wine was called Premiat) in exchange for cola concentrate. Suffice to say, this was not a good period. When Romania privatized land post Communism, it resulted in decades of legal battles, corruption, and confusion. This also led to little to no investment and for those willing to invest, often hundreds of land contracts were necessary to secure as little as 20 hectares. Today, the country is 5th under vine in Europe, but many estimate that the average vineyard holding is 0.2 hectares, and just over 30% of the country’s vineyards are farmed in 10 hectares or more. Romania is essentially a net importer. 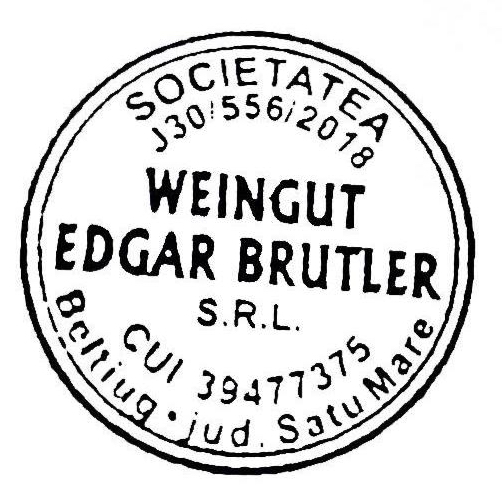 In a feeble attempt to change these export figures, we’d like to introduce our first Romanian producer: Weingut Edgar Brutler. 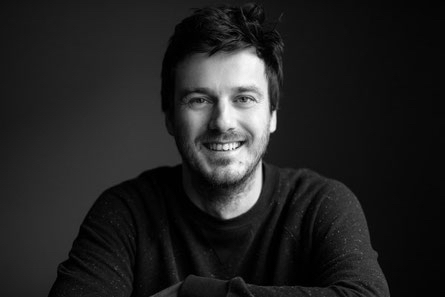 Edgar’s family was a part of the aforementioned Swabian migration to Transylvania and arrived in the 1850s from Stuttgart. They were not surprisingly farmers and according to Edgar’s grandfather, “a family with two or three kids needs 1000 liters of wine per year.” In the early 1980s the family left Romania because they could easily secure a German passport. Romania was in ruins due to Nicolae Ceaușescu’s austerity measures among other atrocities. In 1997 Edgar’s parents decided to move back after some land was restituted after the 1990 revolution. This was the beginning of a winery project that eventually grew to 25 hectares and the Brutler family was a 50/50 partner. Finally in 2008 the whole family moved back to Transylvania but decided to leave said project in 2018. There were zero regrets about their time as partners, but according to Edgar, “We were free then. Just a complete new start.” The shares from this sale are what have built the new winery although the vineyard land has always been with the family. 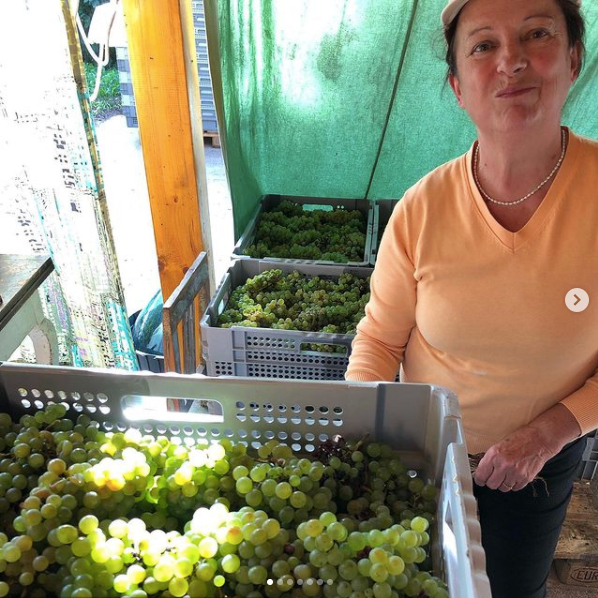 Edgar originally started down a musical path with violin at 6 followed by guitar at 16. The 6 hours of practicing a day in order to make this career wasn’t in the cards, but music still plays a big part in his life and an image of sound board levels adorn the label of the Grünspitz. He then studied oenology at Geisenheim because of the Romanian family vineyard. As Edgar puts it, “I was born there, my family lived there, my family worked these vineyards and walked this roads and paths.” He founded Weingut Edgar Brutler in 2018 with a focus on organic farming, native grapes, old vine field blends, and making wines based on smelling, tasting, and feeling rather than numbers and analytics. 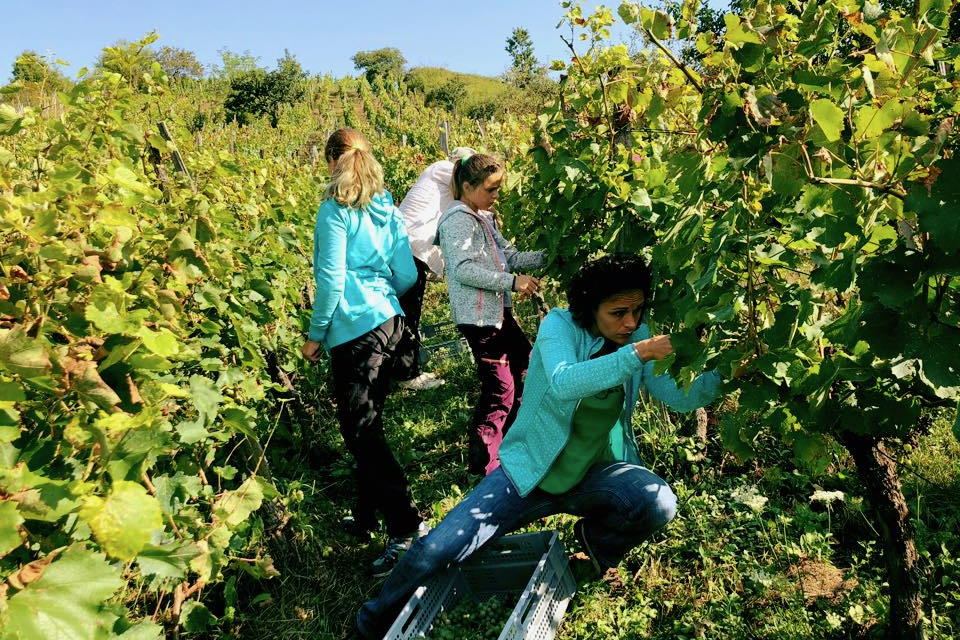 The village of Beltiug is in Satu Mare County in the Crișana region. This northwestern corner of Romania has a temperate continental climate, not as much Adriatic influences as Miniș in the south, but surprisingly warm for what we think of as Northern Romania. The soil is really thick loam (20-30 meters) and plantings date back as far as 1926 and as recent as last year. Edgar’s grandfather planted their original 4 hectares. The traditional grapes of the area are Fetească Regală/Königliche Mädchentraube, Fetească Albă, Welschriesling, Mustoasa de Măderat, Furmint, Kékfrankos/Blaufränkisch, and their signature grape of Grünspitz. He has new plantings of Baras and Juhfark in the works. There are a number of unidentifiable grapes in the older field blends as well. Farming is without herbicides, chemical-synthetic sprays and mineral fertilizers. Spacing is 1 meter so everything is labor intensive and must be done by hand. 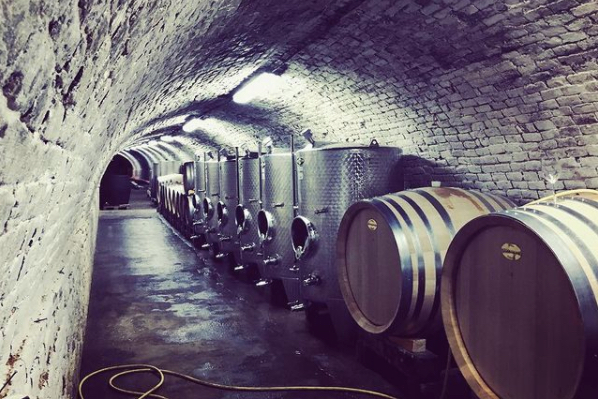 Given his formal education at Geisenheim and working at larger more technical wineries, Edgar has a firm grasp of the science and the predetermined recipes needed for those kinds of wines. It’s also incredibly useful information when stripping everything away and has allowed him to open up his mind, take risks, and activate the same part of his brain that brings him joy from music. Except for his pét-nat where he measures density to ensure bottles aren’t exploding, he’s not picking, pressing or doing anything based on the numbers. 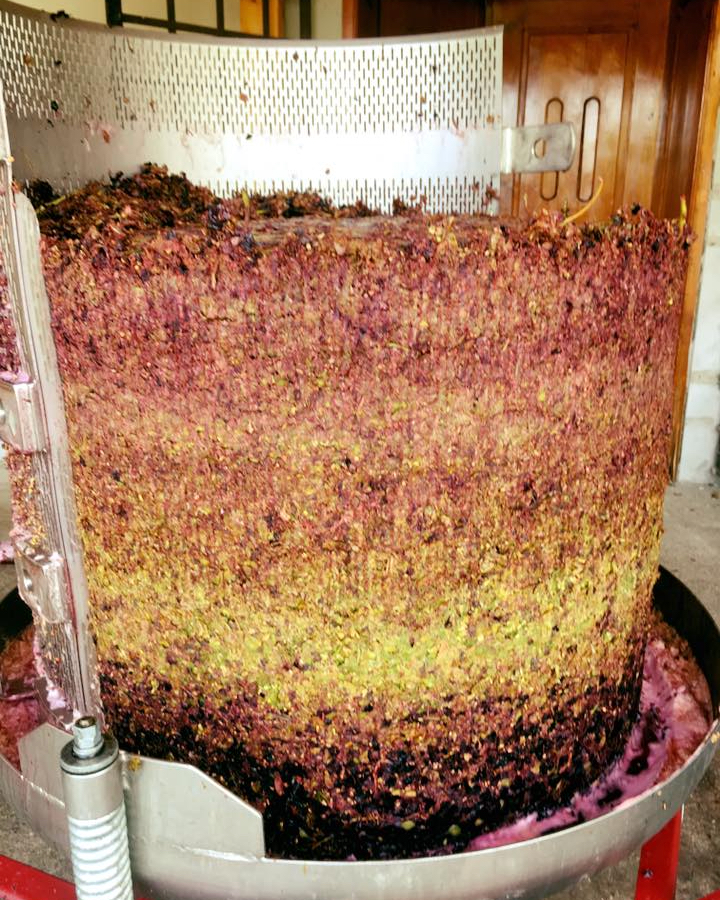 All wines are spontaneously fermented in a 200 year old cellar, unfiltered, and the only addition is SO2 (10-20ppm) at bottling and many are without any additions at all. He’s also adamant about the control and feedback from using a basket press. Especially for the Grünspitz where a long and high pressure pressing is essential in managing the tannins and extraction. There’s no cell phone reception or internet in the cellar. Deep and quiet. 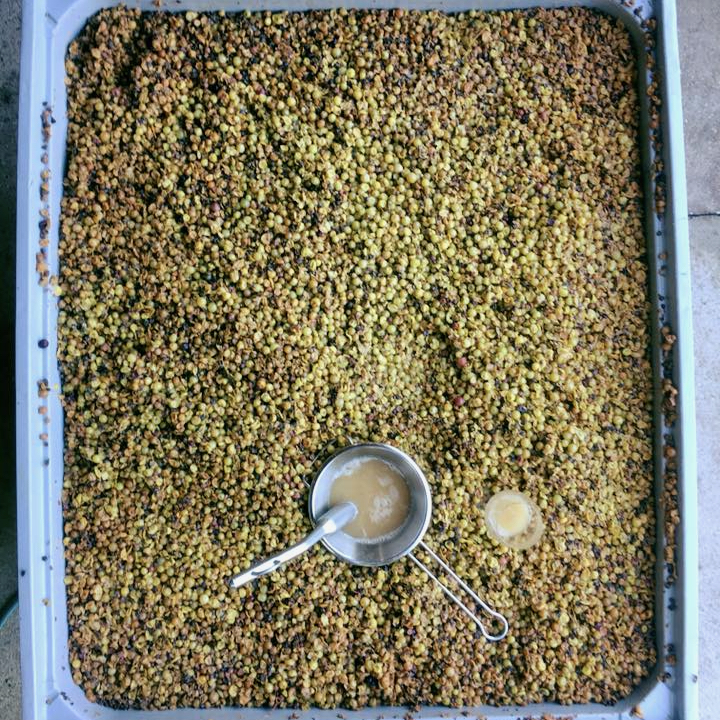 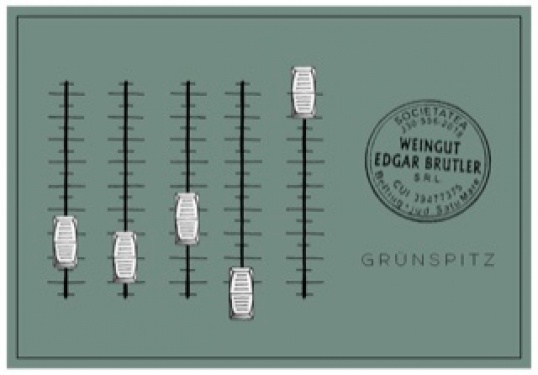 Apart from a small vineyard they left at the first project, their 12 year old .8 hectare vineyard is the only other vineyard of Grünspitz in the world. It was once grown in the field blends of the area, but it was Edgar’s grandfather that decided to bring it back to life. They’ve taken cuttings to Austria for DNA analysis to confirm. The grape is late ripening, small berried, and has thick skins. It needs a long pressing with high pressure to manage the tannins and extra time in bottle to come together. Bottled after 15 months in stainless steel with zero additions, it’s rustic at first, but opens up into one of the more unique whites we’ve come across.
Download PDF Fact Sheet 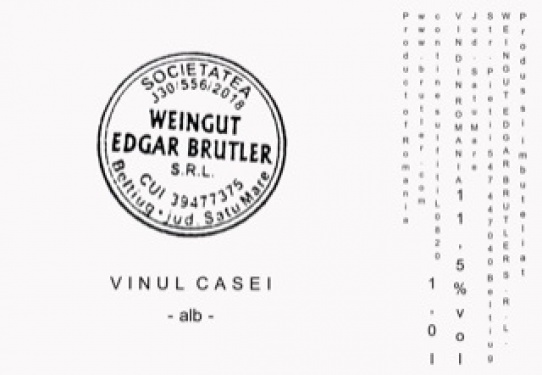 If you can’t find a solid village wine, then it’s probably best to move on to the next village. Vinul Casei alb (white house wine) gives you every reason to stay and dig into this place. This is from a small field blend planted in 1926 consisting mostly of Grünspitz, Fetească Regală, and Welschriesling. A liter is the smallest possible vessel for this kind of wine. The village of Beltiug has over 300 private cellars and Edgar loves to stroll around, talk to people, and is inevitably offered some wine. There’s something aromatic and distinct that’s shared in all of these wines. As Edgar puts it, “while drinking it I want you to imagine how you are standing in a small private cellar while the winemaker tells you about his worries and joys. A moment when you can forget everything else – these are some of the favorite hours of my life. The label might seem very basic. Basic like the wines you could find and drink in Beltiug. But the emotional complexity of these wines is deeper and more extensive than you can imagine.”
Download PDF Fact Sheet 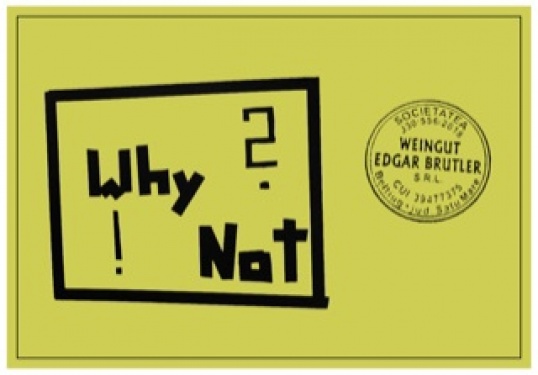 This is a super limited field blend of Blaufränkisch, Portugieser, Welschriesling, Fetească Regală, a little Merlot and a few unidentified grapes. Everything was destemmed and then fermented in open vats for 2-3 days. Aged in 500L and 225L oak barrels, it was bottled unfiltered with zero additions. It looked like a Kadarka when I first tried it, but the aromatics from Fetească Regală, texture and overall feel is something all on its own. This is certainly in the chillable red category, but deserves more attention as it comes up to temperature.
Download PDF Fact Sheet