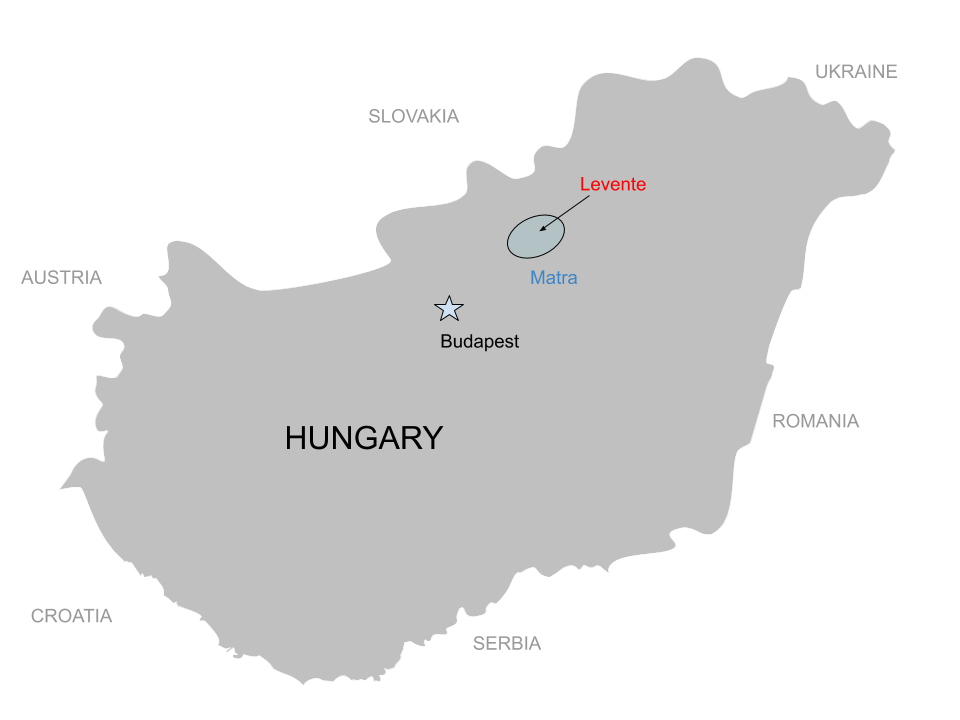 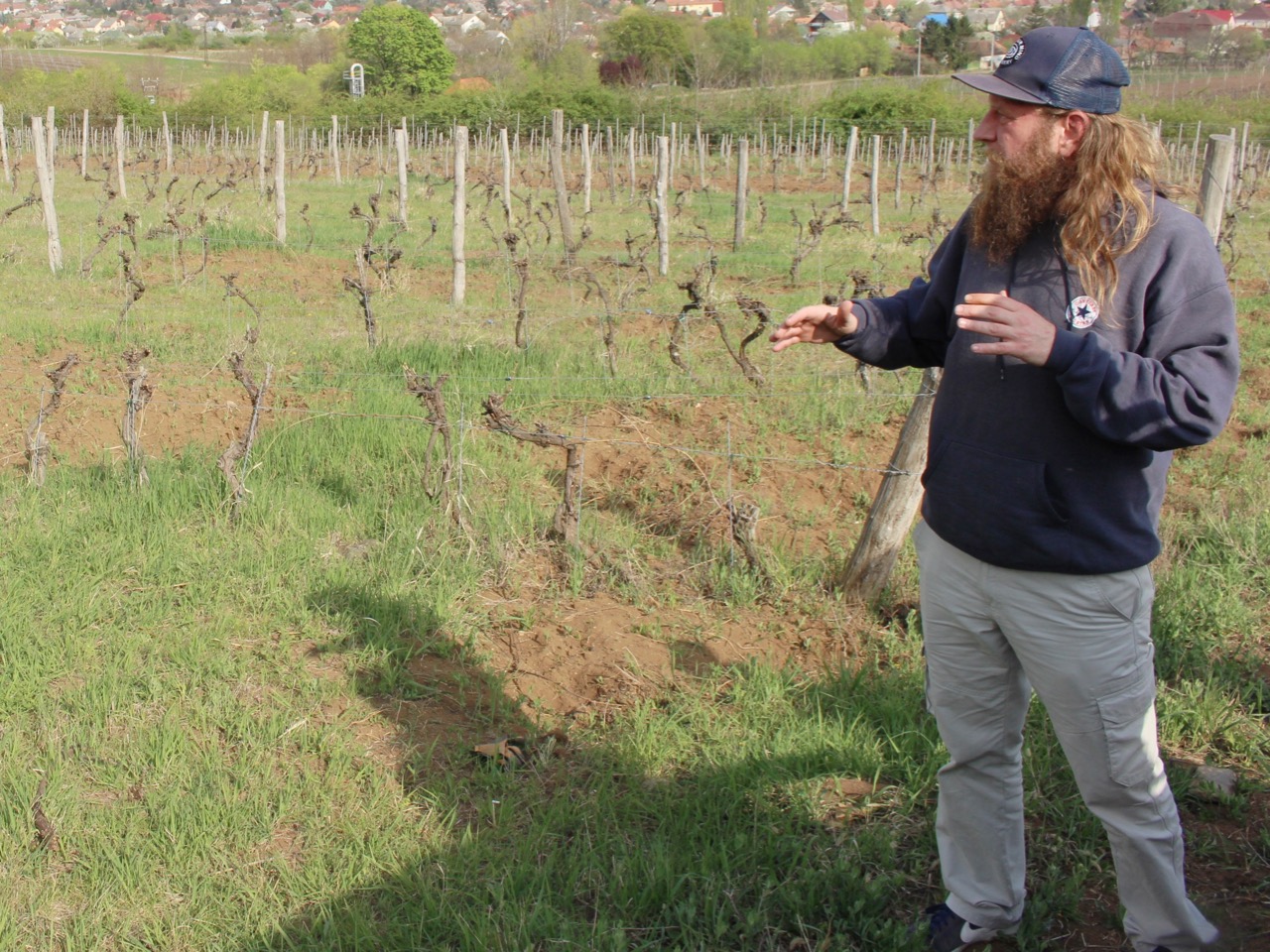 Levente Major in the vineyard

At first glance, Levente Major is equal parts Hungarian ZZ Top, skater punk, and Viking. Usually wearing some sort of death metal t-shirt and a ball cap, he is almost always smiling and laughing. No amount of beard can hide it. He is also the assistant principal and a teacher at Abasár Primary School and gives all of his students fist bumps and hugs at the start of every day. They also have field trips to the cellar. As the pendulum swings, he in fact went to an extremely strict Franciscan school 6 days a week and only had a few hours to really cut loose. As he puts it, he drank the worst alcohol and as fast as possible. Cheap beer and even cheaper shots were the norm. Everything changed when he went to University and finally had an honest local table wine. 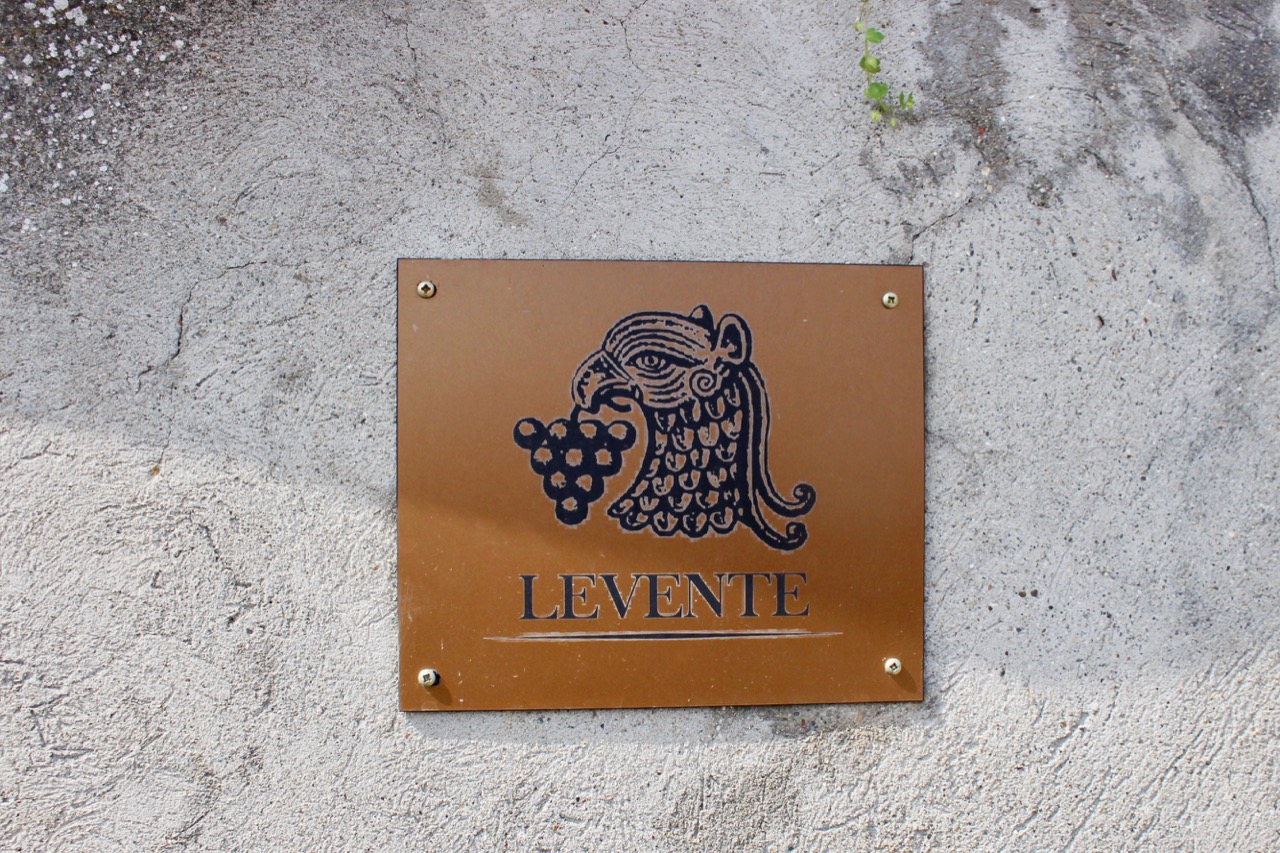 Winery plaque on the cellar wall

Perhaps reminding him of his roots, he had also grown up around vineyards. His grandfather was a hobbyist home winemaker and made a few barrels every year for friends and family. Growing up near the foot of the Mátra Mountains, it’s difficult to avoid wine as well. The coat of arms for the county is a white stork biting a snake and holding a cluster of grapes which is also featured on his label. Apart from the massive power plant (second largest in Hungary) visible from any vantage point, Abasár is a part of the second largest wine region in Hungary. During the 1980s, Mátra produced over 40% of Hungary’s wine exports. That said, the vast majority of the wines here are nothing like what Levente is doing. Along with Bálint Losonci and a number of other small, organic, minimal intervention winemakers, Levente belongs to the Magna Matra group.

Founded in 2005 with 3 hectares, many of the first vintages were experiments and something he did in addition to keeping his job at the school. That all changed when his friend Kornél Kalapács partnered up in 2013 and they produced the first commercial vintage. Much like his day job, Levente considers his barrels like children and the winery is a few blocks from the school. 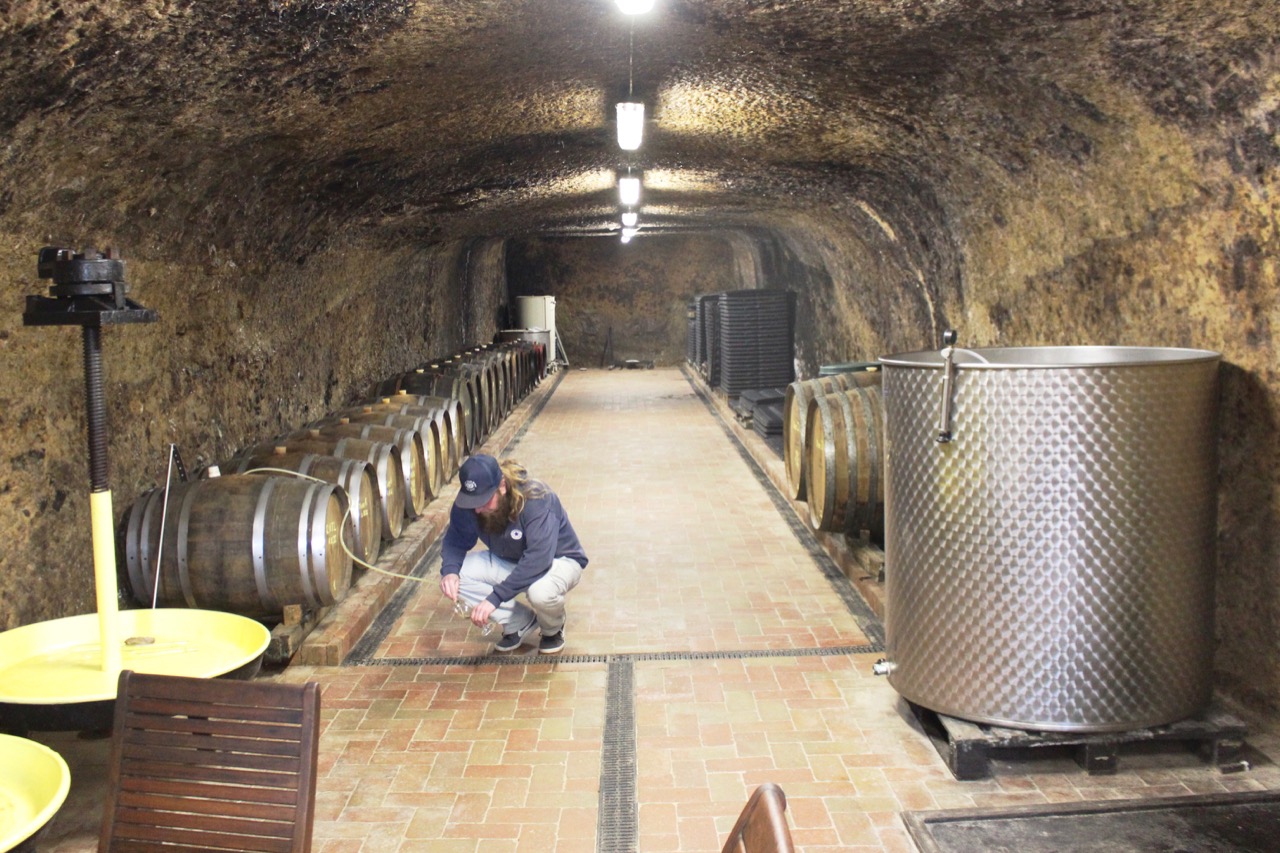 Levente in the cellar

Dug into the hillside as part of a village cellar row, typical of Hungary writ large, Levente’s cellar is a consistent 51-52 degrees F and you can clearly see the volcanic stratification on the walls. After a massive explosion from a stratovolcano, there are defined layers of Tuff, Andesite and yellow ash. 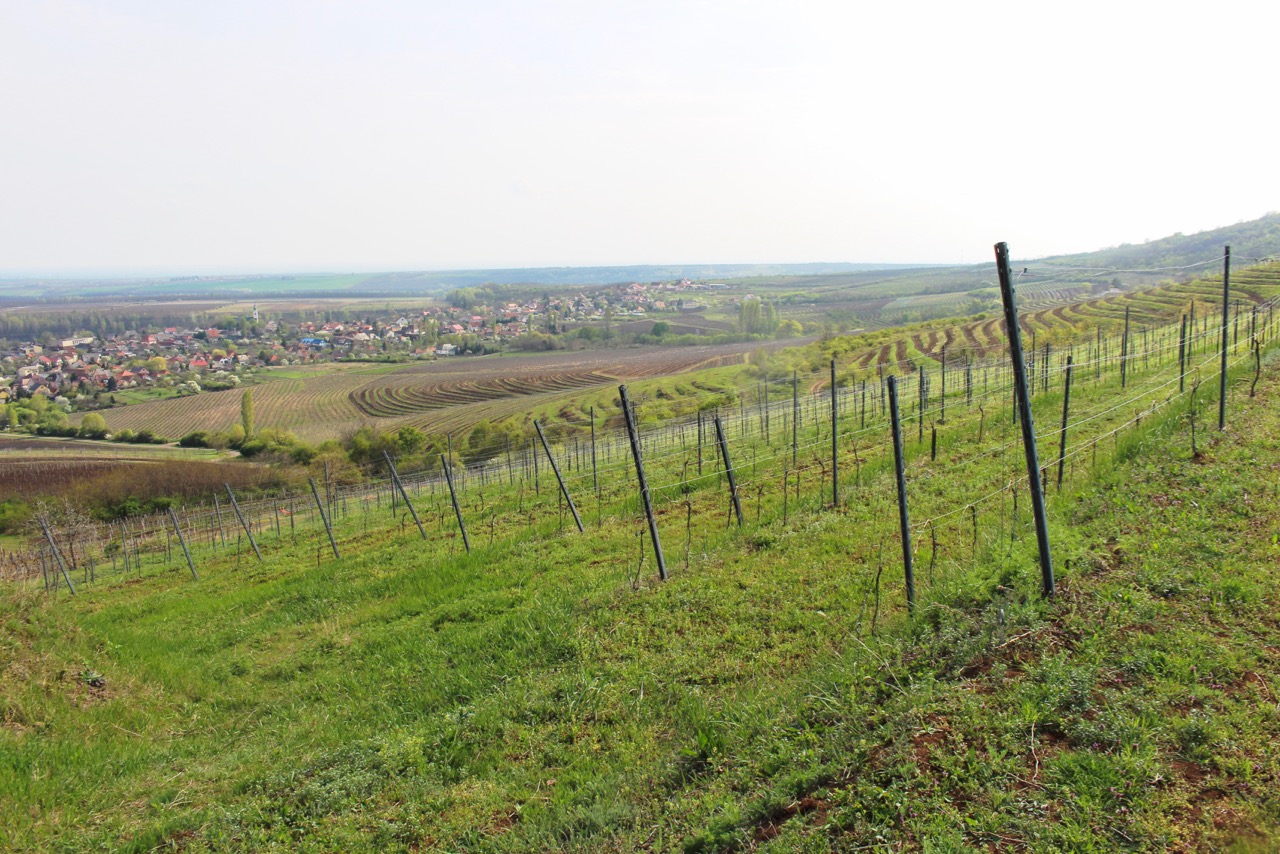 Levente’s parcels are at a higher elevation than both Losonci and Karner in nearby Gyöngyöspata. There’s also a remarkable old terrace system here and the southeastern exposures are extremely windy. He doesn’t till at all and cuts the grasses and cover crops 2-3 times a season. In 2015 he didn’t even spray sulfur as the disease pressure is typically very low. 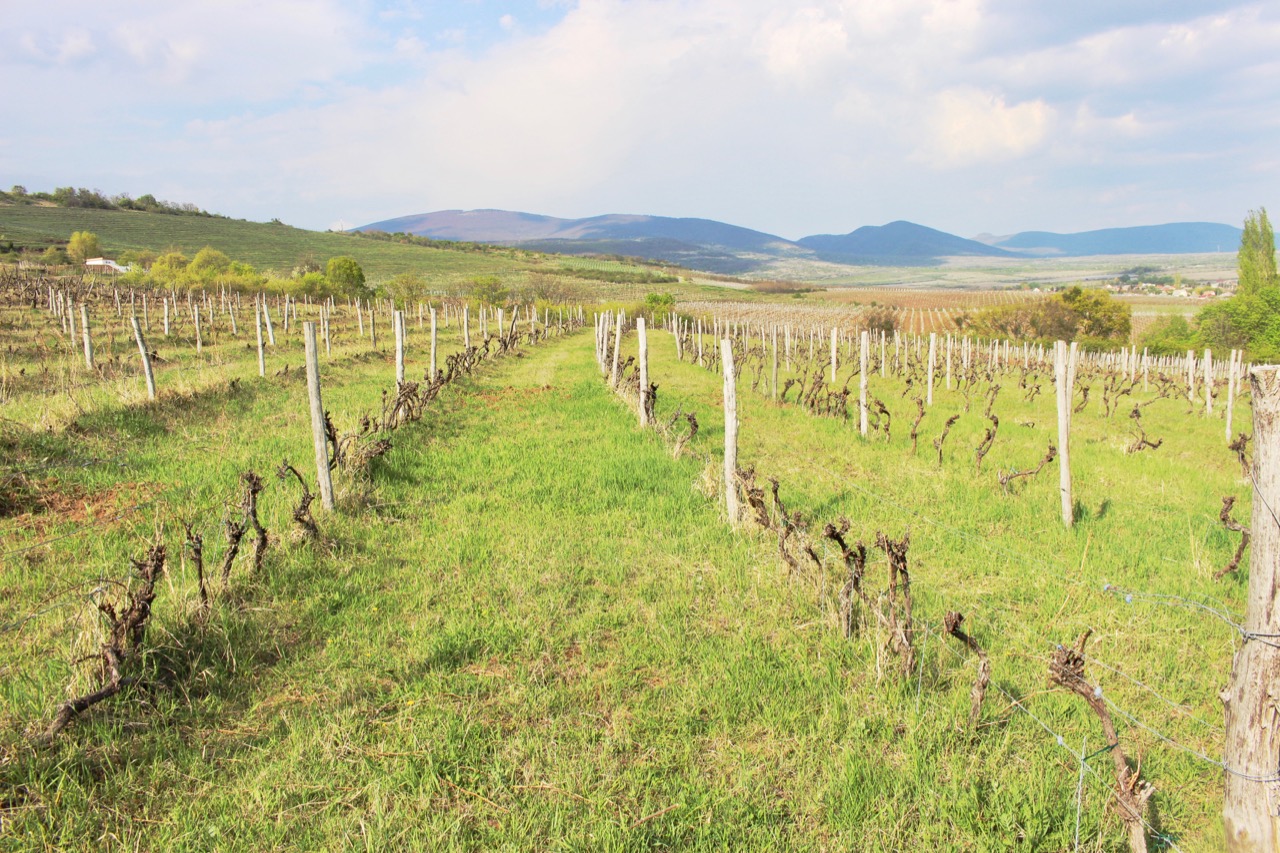 Certified organic in 2016, the main grapes are Olaszrizling, Rajnaj Rizling (Rhine Riesling), Kékfrankos and Irsai Olivér. A lot of forgotten traditional grapes are also in the works for the years to come like Fehér Gohér, Kadarka, Kövérszőlő, Purcsin, Furmint, Királyszőlő, and Hárslevelű. In addition to the volcanic soils previously mentioned, there’s also a diverse mixture of brown forest soils, iron rich red clay, and alluvial stones. That said, there’s really only about 1 foot of this porous topsoil before hitting the hardened volcanic layers. Radishes thrive as the main cover crop. 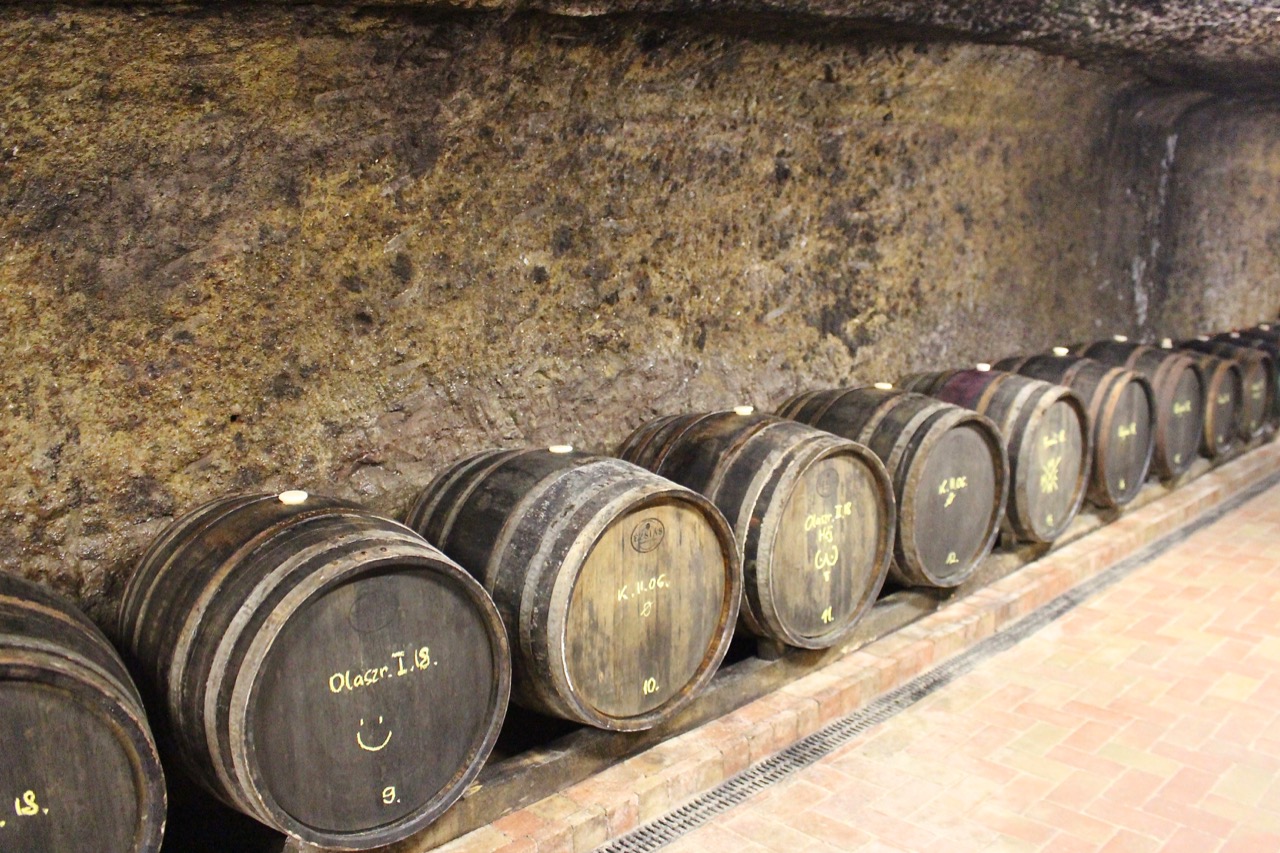 After a few vintages Levente got rid of his crusher-destemmer and now only uses a wooden basket press. He’s basically eschewed using any machinery in favor of processing and moving all grape material by hand. He likes the control and low pressure approach. All grapes are hand picked and fermented in open vats. Maceration is typically light and instead relies mostly on longer lees time and élevage in Hungarian barrels (2-3 years). Back in 2013 he did what everyone did, and filtered and sulfured multiple times. Starting in 2016, everything is unfiltered and sulfur is low and only at bottling. All wines are usually bottle aged for at least 6 months before release. The 2017 and 2018s are still aging in barrel without any additions and the plan to intervene only as needed. He knows where he wants to take things, but is taking methodical and careful steps in order to get there.

Olaszrizling is one of the most planted grapes in Hungary. It can make some of the best wines in the country and some of the absolute worst. Among a few others, this was a workhorse grape during the Soviet era of quantity over quality. Grown on Sár Hill, Levente’s 1.6 hectares of 60+ year old vines predate this era and have very small berries and thick skins. Despite the relatively short 1 day of maceration, there’s plenty of texture and concentration. There’s oiliness and honey meets umami quality from the barrel time, but there’s also plenty of fresh floral/herbal aromas of Olaszrizling because it spent 6 reductive months in tank prior to bottling. Good Olaszrizling shows fidelity to place, this wine can only come from Abasár.
Download PDF Fact Sheet 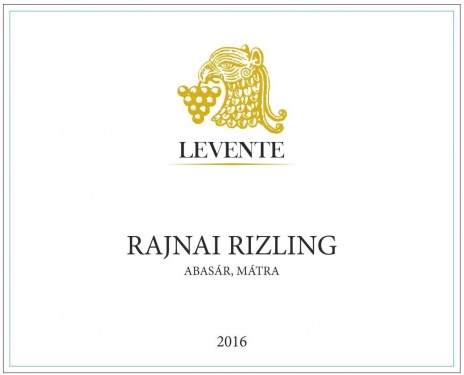 Sourced from the 40+ year old vines from both the Sár-Hegy and Cibike vineyards. The hand harvested grapes were destemmed and then spent 2 days macerating in open vats. Moved by hand, everything was basket pressed into barrel. Given the relatively light skin contact, plenty of aromatics and freshness were preserved. While he is experimenting with flor, for this 2016 the barrels were kept topped up and given the cold cellar, very slowly finished fermentation and were kept on the lees. At 14.5% alcohol and nearly 7 g/l RS, this wine looks like a beast on paper, but the balance is remarkable, you can taste it’s Riesling, and there’s the undeniable smoky and aromatic signature of the Mátra.
Download PDF Fact Sheet