In Nature We Trust 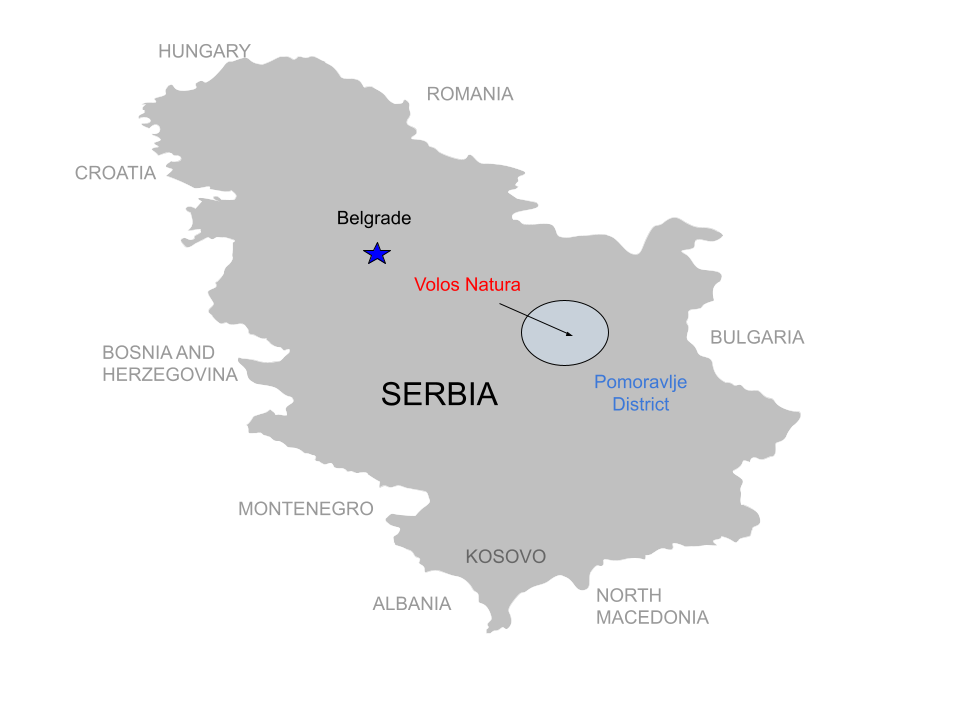 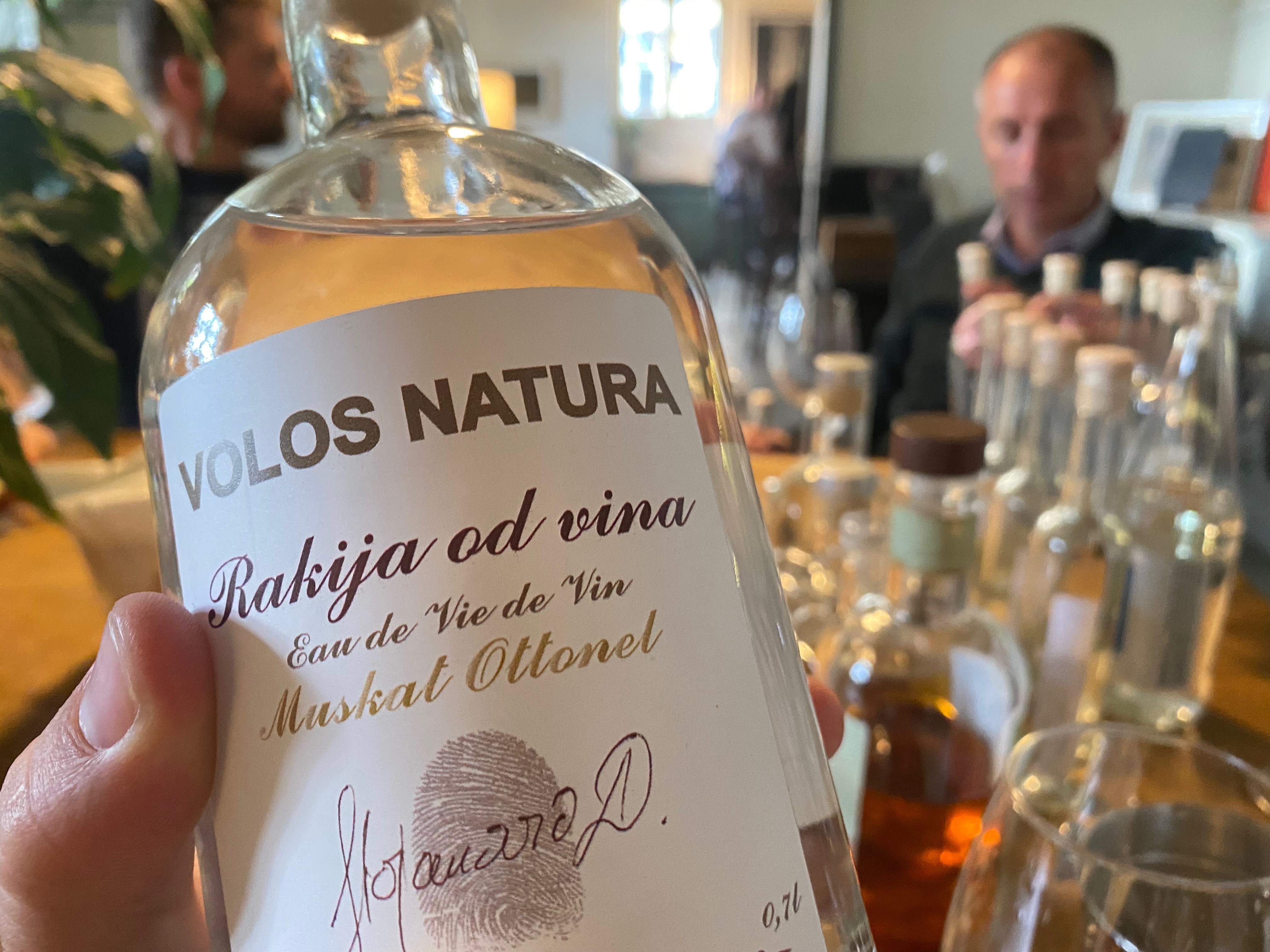 Not having a fruit distillate in the portfolio has been a clear dereliction of duty. They are the most ubiquitous, culturally significant, identifying, historical and meaningful drinks in Central Europe and particularly so in the Balkans. Seeking atonement, we’ve finally found something special in Serbia to help us begin walking the long road to reconciliation. 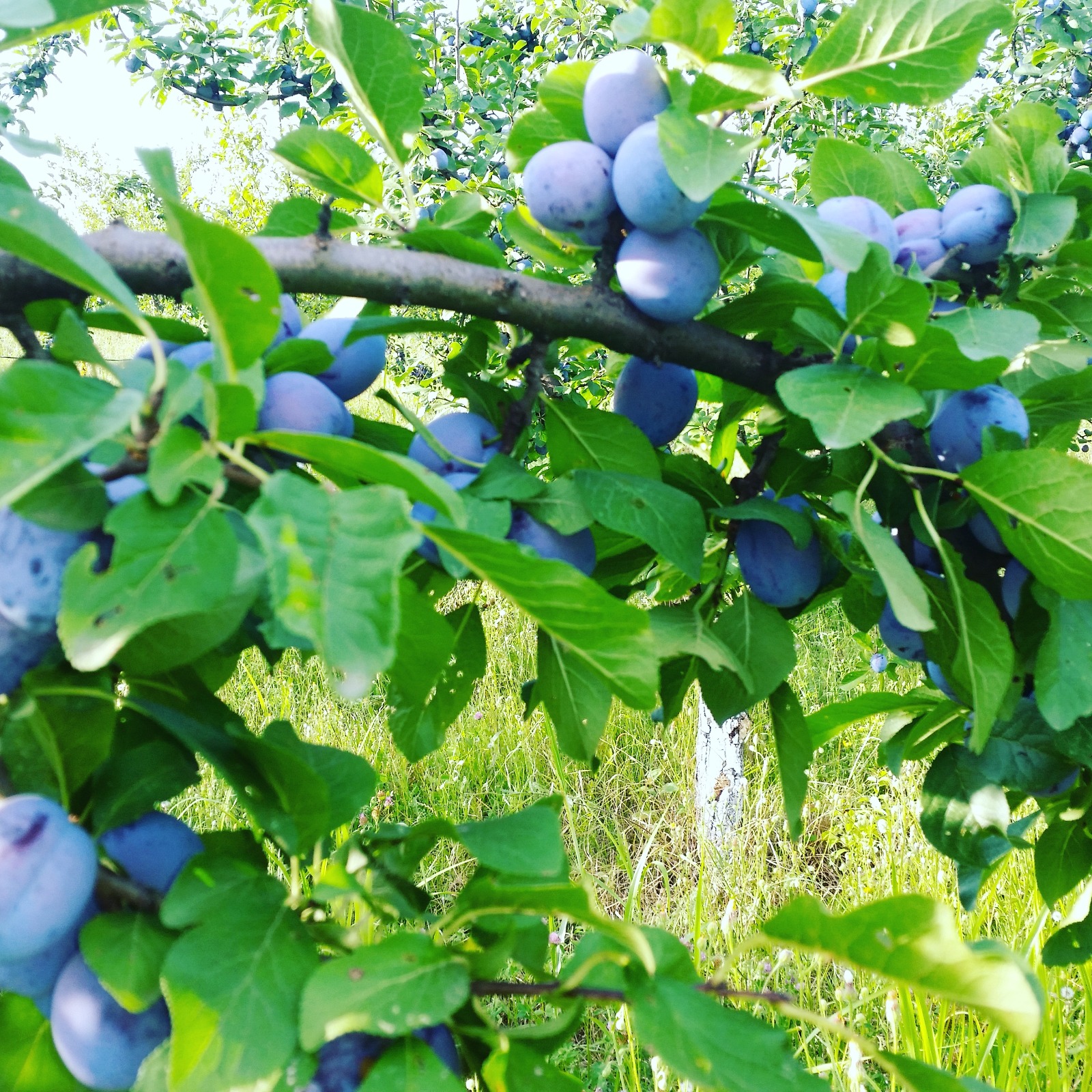 And in a rare moment of good timing, as of December 2022, Serbian Šljivovica (plum Rakija) has also been added to UNESCO’s list of intangible cultural heritage. Šljivovica (SHLI’-vuh-vitsah) is Serbia’s national drink, the first national brand, and they have the highest rate of consumption in the world. Despite occupations, wars, genocide, Socialism, and avoiding the allure of cheap mass-produced industrial brands, the homemade tradition has survived it all. The village of Pranjani even hosts an annual Rakija drinking competition where teams of four need to drink a liter in under 15 minutes then walk across a log without falling and so on. More typically, you have it with your morning coffee. It’s also obligatory when you invite someone into your home, often served before dinner and afterwards, and of course whenever there’s cause for celebration or tragedy. If there’s no Rakija in the home, it’s not really considered a home. There are over 10,000 private producers in Serbia not to mention everyone who remains off the books. 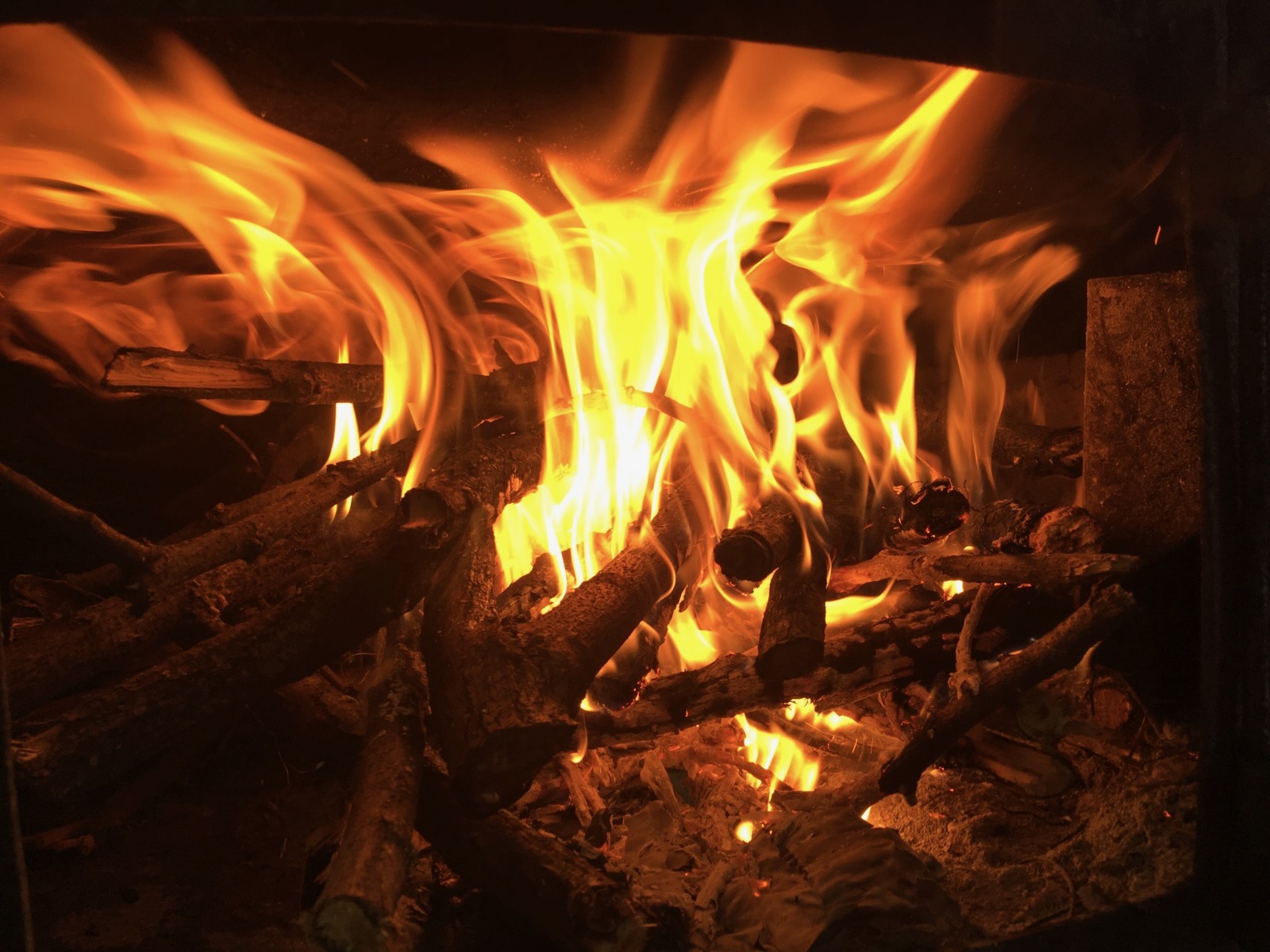 Most agree that Turks likely brought Arab alembic distillation to the region in the 14th Century. Rakija itself derives from the Arabic word “al-rak,” which means, “distilled.” At the same time, distillation vessels dating back to the 11th Century have also been found in nearby Bulgaria and accounts of Ottoman Generals complaining about Rakija fueled super Slavic soldiers defending Sofia date back to 1382. In any case, it’s been a staple for hundreds of years. 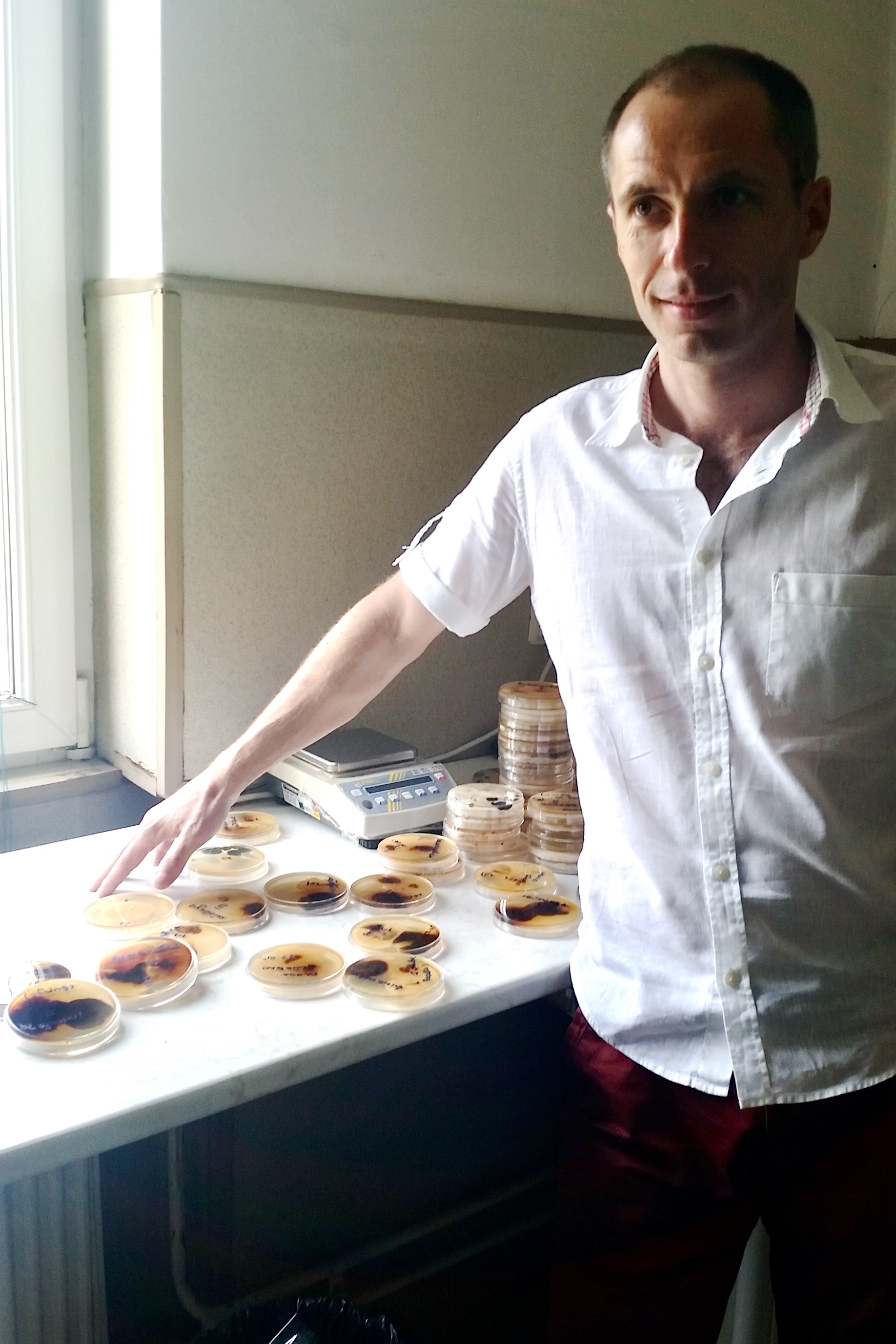 It’s also quite distinct from Levantine Arak, Raki from Turkey, or any number of other similar drinks derived from Arab alembic distillation. Raki for instance, is typically made from distilled grapes and aniseed. It’s also almost always served with the addition of water to create the cloudy (louche) effect much like in Ouzo, Pastis, Mastika, and Sambuca. These distillates, while of course delicious in their own rite, also utilize a whole host of other herbs, beans, seeds, and spices to define their flavor. 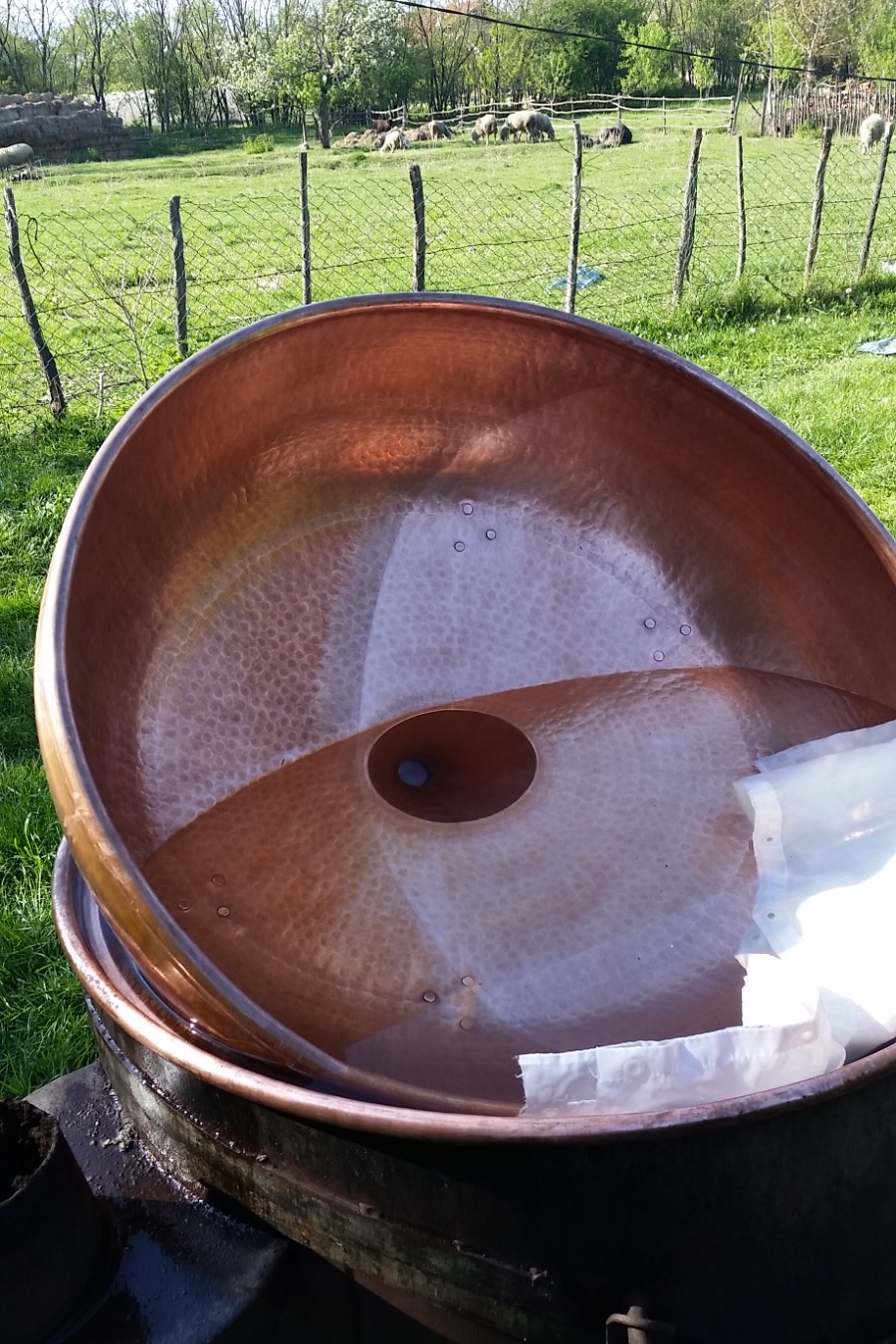 Quality Rakija is by contrast simply two ingredients: fruit and water and served crystal clear. Quality Rakija is almost always Domace, aka homemade. The general sentiment is that the best stuff never comes with a label. The chasm between what’s at the gas station or supermarket and what’s made on the family boiler is staggering. Serbian novelist and painter Momčilo "Momo" Kapor famously noted that, “In Rakija is the essence of the Serbian being - first joy, then celebration of taste, then anger, compassion, the feeling that the world is good and that all those who drink it are friends.” To be fair, he’s also quoted as saying that Rakija is “A drink that simultaneously evokes endless fury, sorrow and belligerence.” We like to think that he’s first addressing the good stuff and then the mass-produced additive heavy stuff thereafter.

There’s also been a rejuvenation of Rakija in the Balkans in the past few years. Rakija bars have popped up in Belgrade, it’s showing up on fine dining tasting menus, long barrel élevage versions are being sought after, and much like wine, there’s an emphasis on organic agriculture and low intervention as well. The aforementioned staggering delineation between industrial and homemade is becoming blurred with producers like Volos Natura. 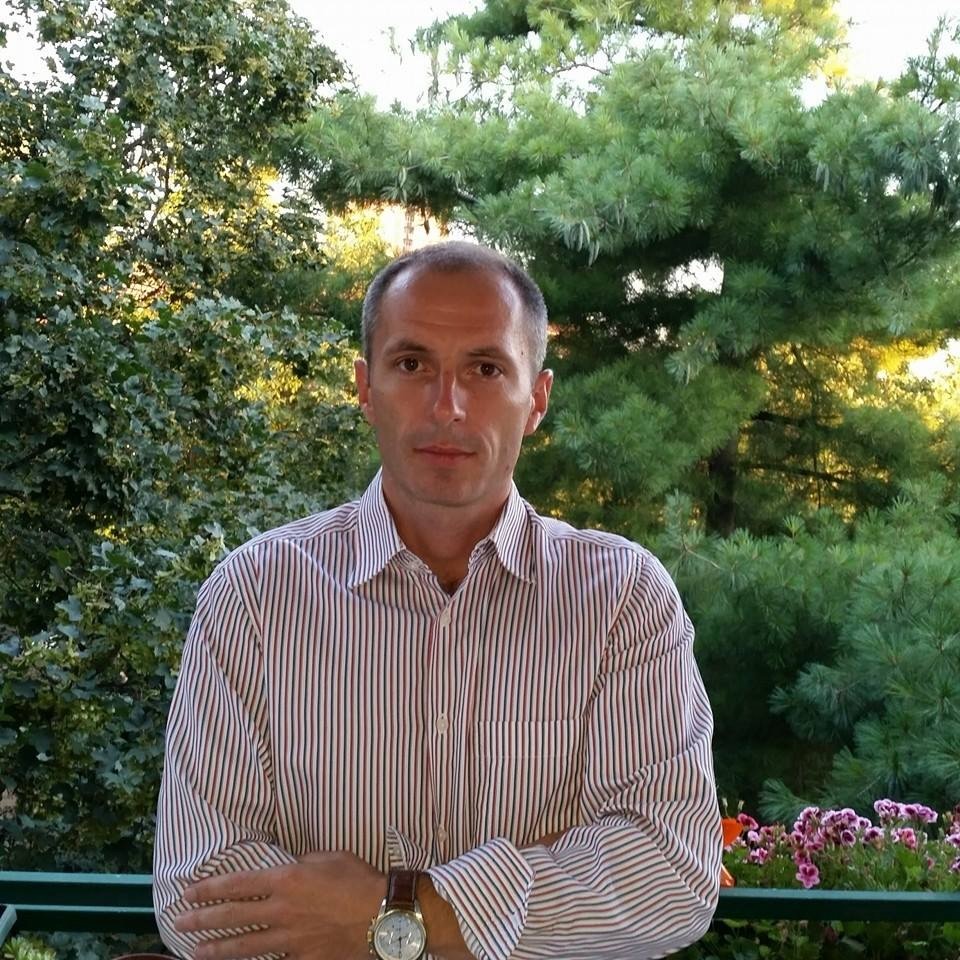 Dejan Stojanović founded Volos Natura inspired by spending time around the boiler with his family as they distilled plums from their orchard. Taking stock of the year, the harvest, and then watching the magic of distillation with family was something that he could never let go of. He’s also adamant about organic farming, building up soil immunity, harvesting by hand, zero processing machinery, spontaneous fermentations, and zero additions other than water. Similar to wine, the multiple pick dates are equally crucial to a healthy fermentation and distillation. The average production is around 400-600 liters per fruit per year. 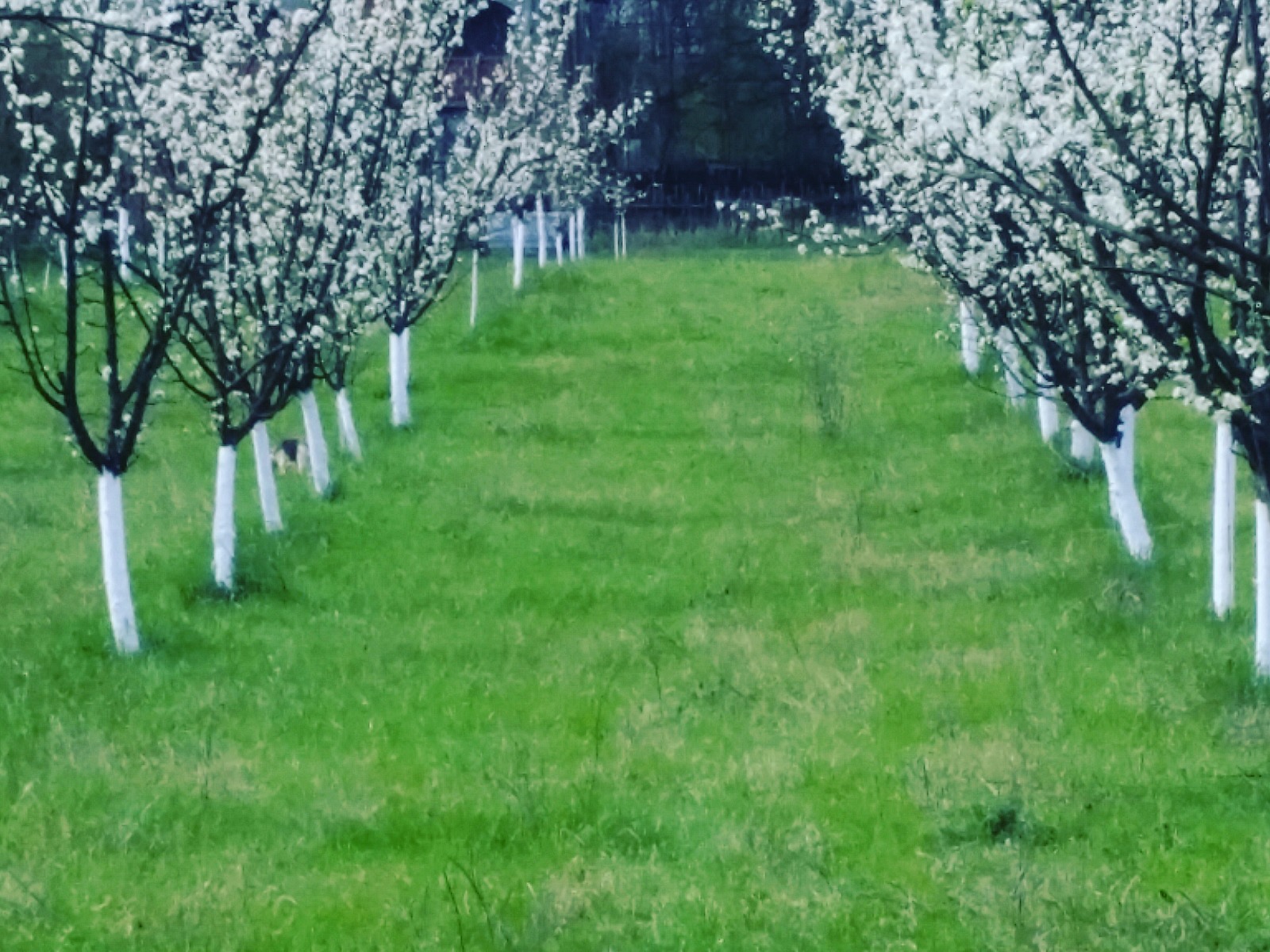 Fruit trees in blossom at Volos

Located in the Pomoravlje region about 1.5 hours south of Belgrade, the orchards overlook the Jezava tributary that flows into the Great Morava River that ultimately connects to the Danube. As part of the 8 districts of Šumadija, this continental area is ground zero for plums and the best fruit in Serbia. It was also the home to rebels and guerilla fighters in the 18th century battling the Ottoman Turks. Not surprisingly, it’s the same area that witnessed the first Serbian uprising against said Ottomans in 1804 under the leadership of Šumadijan-born Karađorđe, the national hero of Serbia. In other words, even where these fruits and grapes are grown is tightly linked to Serbian identity. 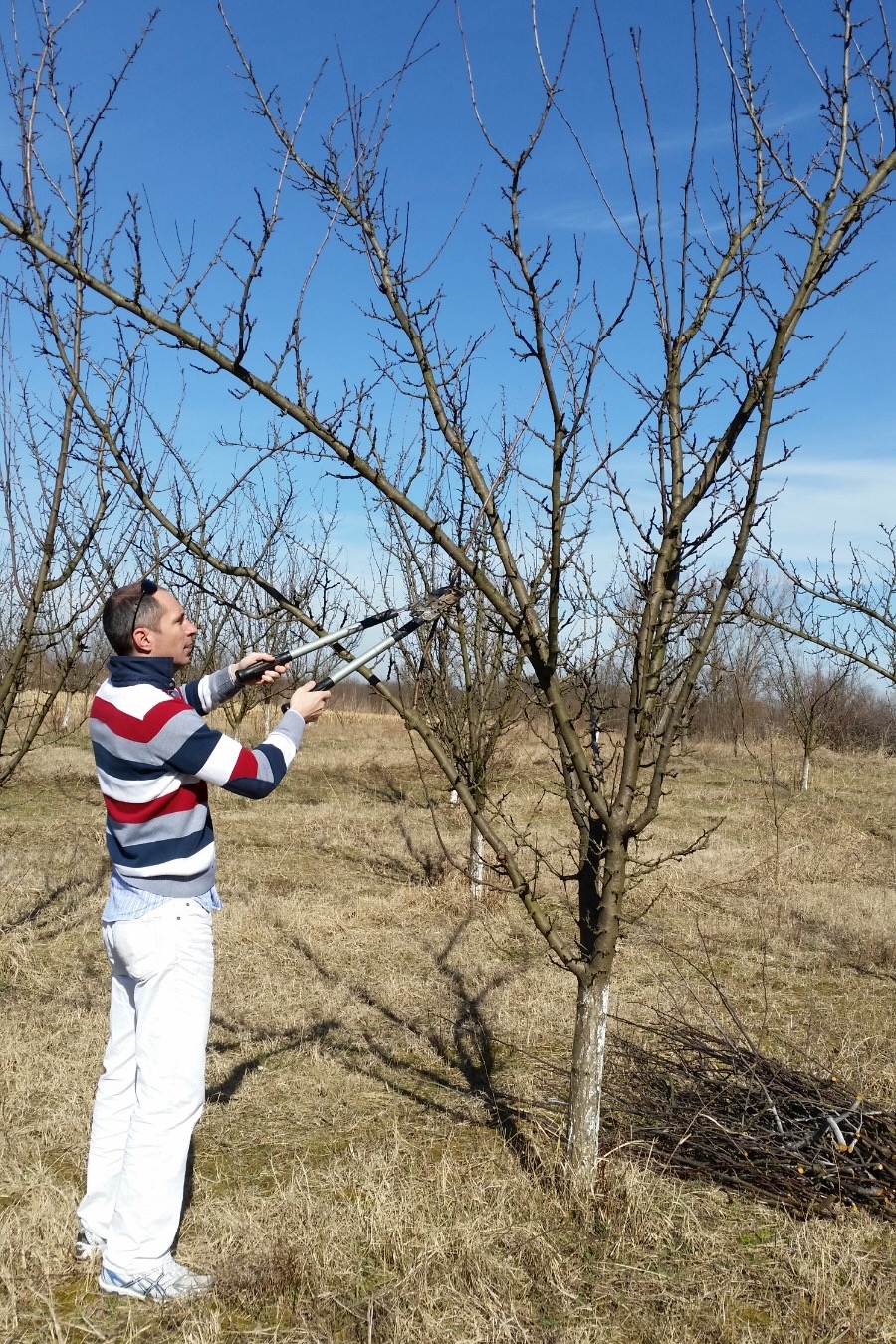 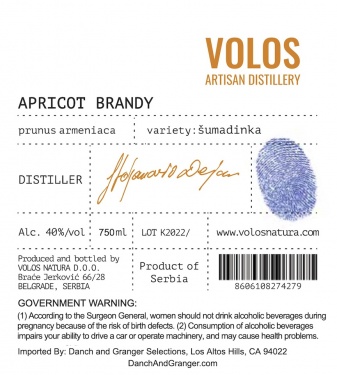 This is made from the local Šumadinka variety that’s extremely frost and drought resistant and with strong immunity to diseases and pests. While not as ancient as the Plum, apricots date back to the 3rd millennia BC via the Silk Road. Romans continued to spread the fruit all over the region around 70 BC. After just smelling this for the first time, it had to be a part of the lineup. There’s such a fine line between the extract and or essence of Apricot and the real deal. I grew up with two apricot trees in my backyard, and my olfactory memory has never been so aggressively triggered. It’s ripe without being candied or synthetically perfumed and doesn’t have that aromatic yeast quality we often find hiding in wines. Hand picked and spontaneously fermented, it’s then distilled once, distilled again at ~60% alcohol, and the second distillation is blended with demineralized water resulting in ~40% alcohol. There are no other additives.
Download PDF Fact Sheet 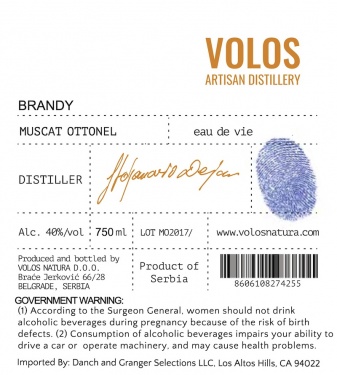 At our last tasting in Belgrade back in April, Dejan also brought some of his wines. Following the same tenants of zero additions in his spirits, the wines were remarkably elemental, stable and balanced. These would be quality standalone wines, but instead he takes four liters of this wine for one liter of Rakija. We taste a lot of Muscat from just about every country we work with in just about every style, from sparkling to Aszú. We’ve never had the fidelity of this grape shine through as a spirit like this before. Much like the Apricot, there isn’t the feeling of an aromatic yeast or extract, it’s not trying too hard to be Muscat, it’s just immediately and effortlessly is.
Download PDF Fact Sheet 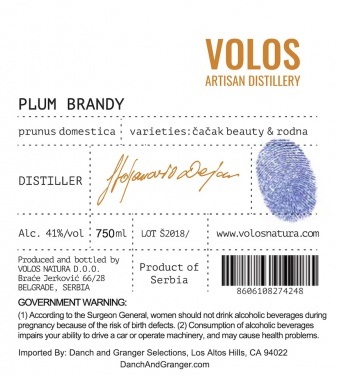 Serbia is the world’s 5th largest producer of plums and as much as 70% of the total yield goes into distilling Šljivovica. They also date back to the Neolithic age along with figs, grapes, and olives. Many believe it to be among the first domesticated crops in human history. Dejan uses around 70% Čačak Lepotica and 30% Čačak Rodna varieties. These are both native to Eastern Europe and thrive in this continental climate. Healthy fruit is pushed to the point of extreme ripeness where they are about to fall off the tree on their own before being hand picked, mashed, and then spontaneously fermented. It’s then distilled once, distilled again at ~60% alcohol, and this second distillation is blended with demineralized water resulting in ~40% alcohol. There are no other additives.
Download PDF Fact Sheet