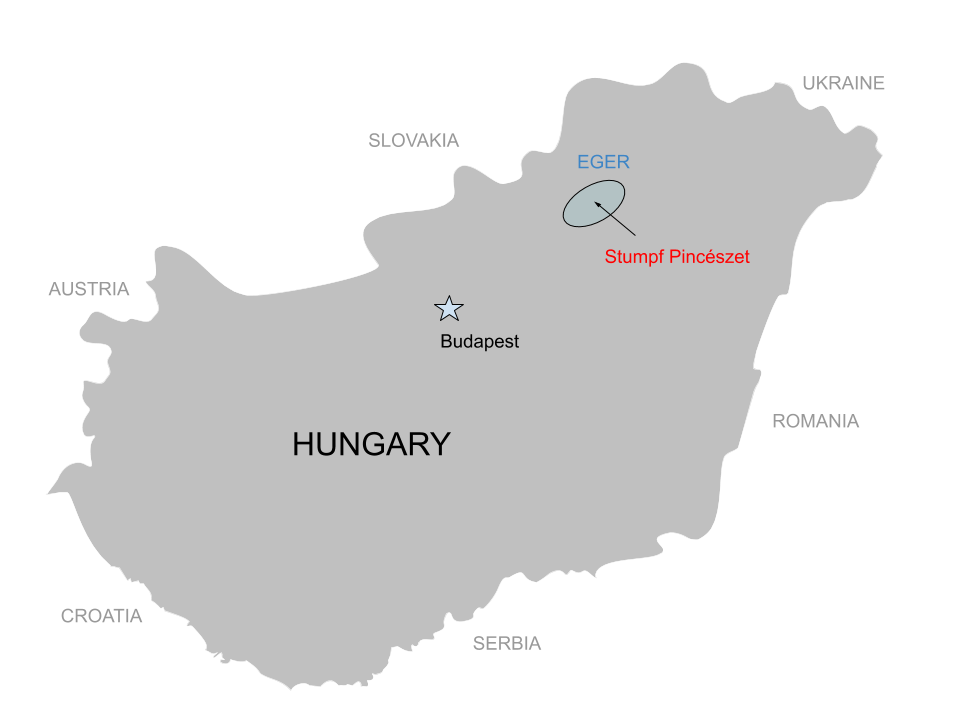 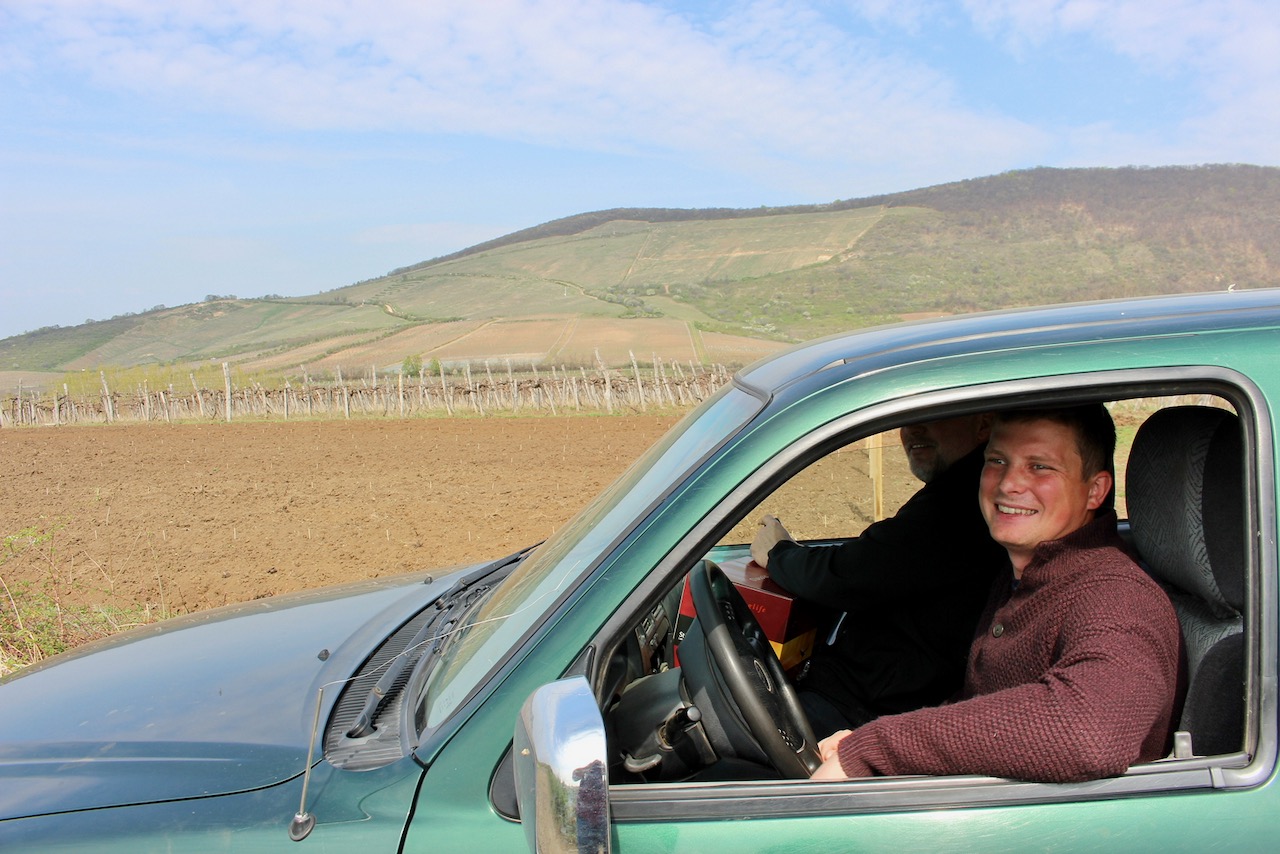 We’ve enjoyed a long run with this producer, starting with the 2006 vintage and spanning two different companies. János Stumpf was born in a small wine centric village in the Tokaj appellation called Hercegkút. He then became a physician and ambulance driver in the city of Eger, just a few hours west. 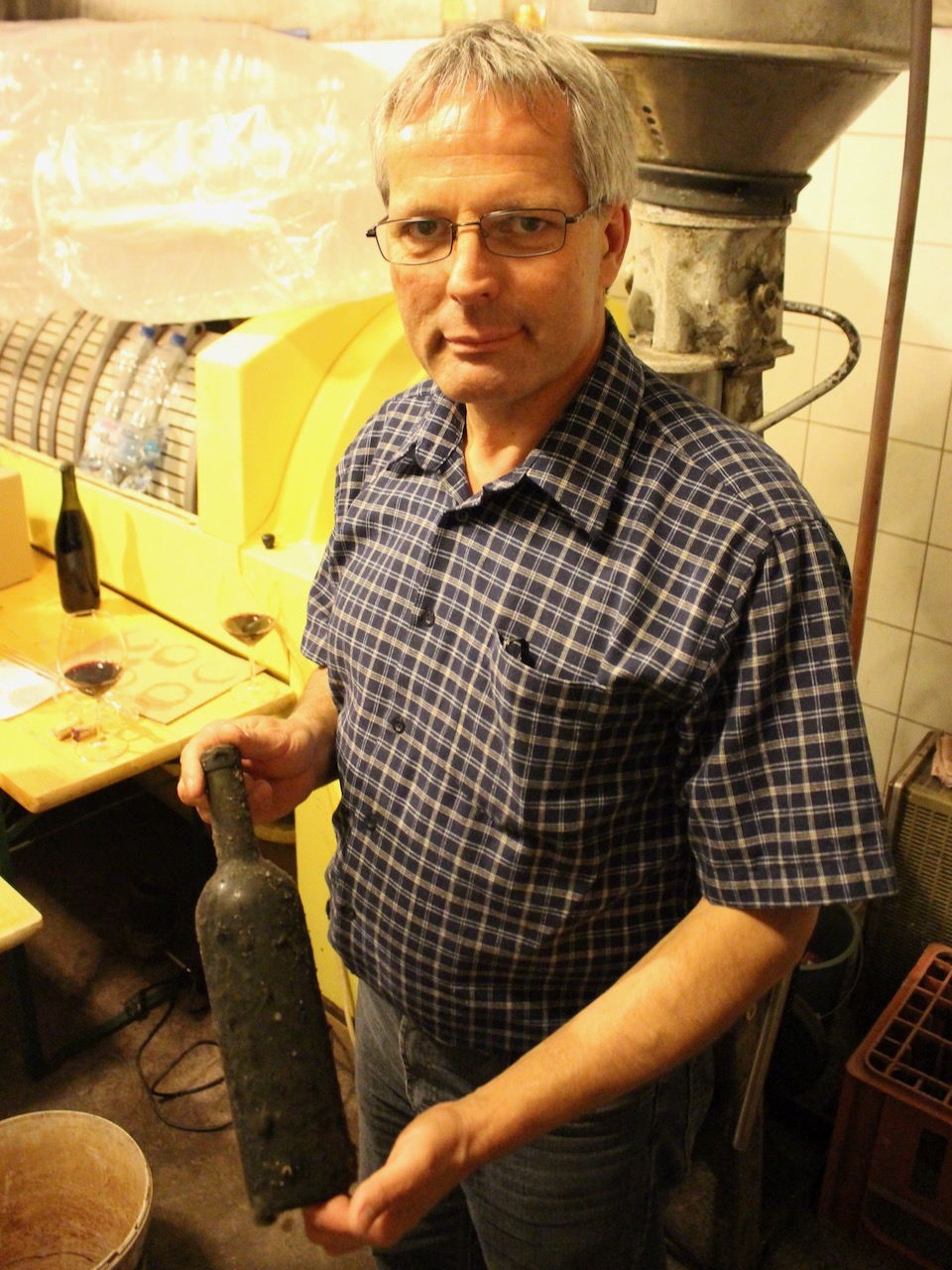 As things began to open back up, he started dabbling in grapes in 1991. Renting some vineyards and making super fresh wines sold in 3 liter plastic jugs. The combination of growing up Tokaj, befriending local legends like Tibor Gál Sr., and then delving into the storied history of Eger’s cellars and vineyards too hold. He then connected with Hungarian born Master Sommelier and 2nd degree black belt János Szabo to collaborate on a 100% Kékfrankos project. This continues to this day with the addition of his son Péter as a full partner in the winery. Péter has taken a crucial role in the company and was even married in between the vines on Nagy-Eged in August 2020. 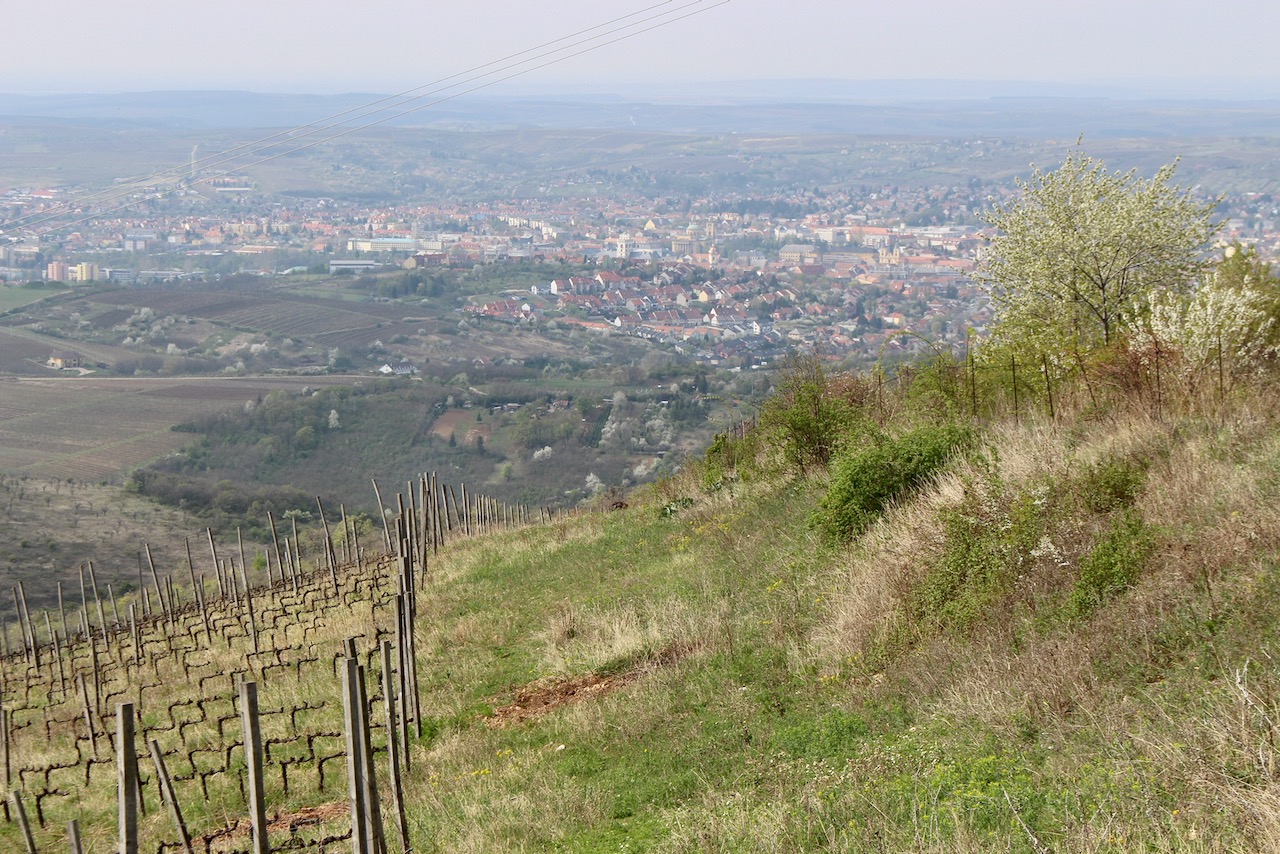 Looking down toward Eger from the Eged-Hegy

Eger is noted in history for withstanding a heavy siege from invading Turks in 1552. As legend has it 2,000 Magyar soldiers protected the walled city from 150,000 during a month-long siege. Dumbfounded by the strength and ferociousness of the defenders the superstitious Turks were convinced that the wine that dripped down the beards and armor of the Magyars had been mixed with bull’s blood and given them superhuman strength. Egri Bikavér or “Bulls Blood,” a Kékfrankos based blend has since been the calling card of the appellation. This is of course the Hungarian version. There’s also the impressive fortress walls, well supplied artillery, infighting among the Ottoman generals, and a brutal winter that might have contributed, but let’s stick with ferocious drunk Hungarian warriors. The city is stunning, the walls are still standing, and it’s frozen in time unlike many other cities in Hungary. 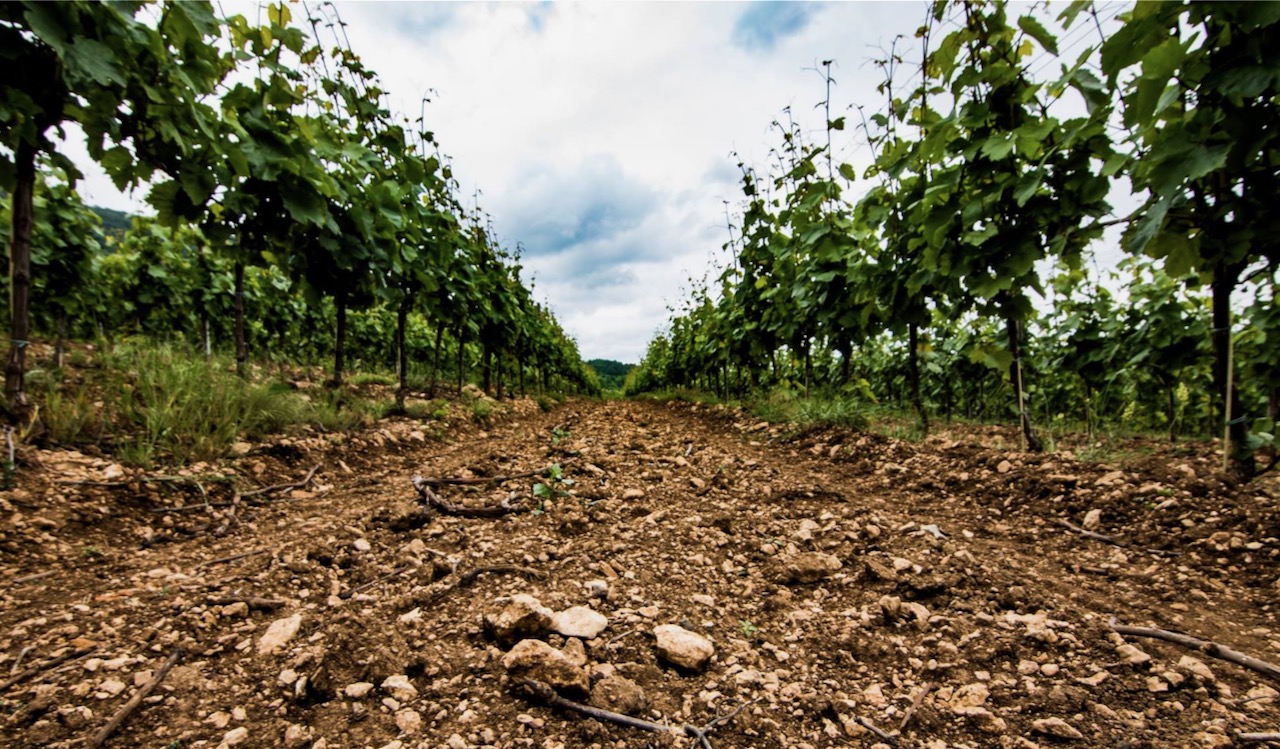 Limestone soil in the vineyard

János and Péter dry farm approximately 20 hectares of vines split between the south facing Nagy Eged (Eged mountain) and just south on the slopes of Sikhegy (Sik hill). Painting in broad strokes, the higher altitude and steeper slopes of the Eged Hegy are extremely limestone rich, while down on the Sikhegy, it’s dominated by volcanic (mostly tuff) soils. Regardless of whether planted to Kékfrankos, Furmint, Merlot, Muscat, or Hárslevelű, the limestone brings more body and extract while the volcanic soils yield less body but much higher acidity. 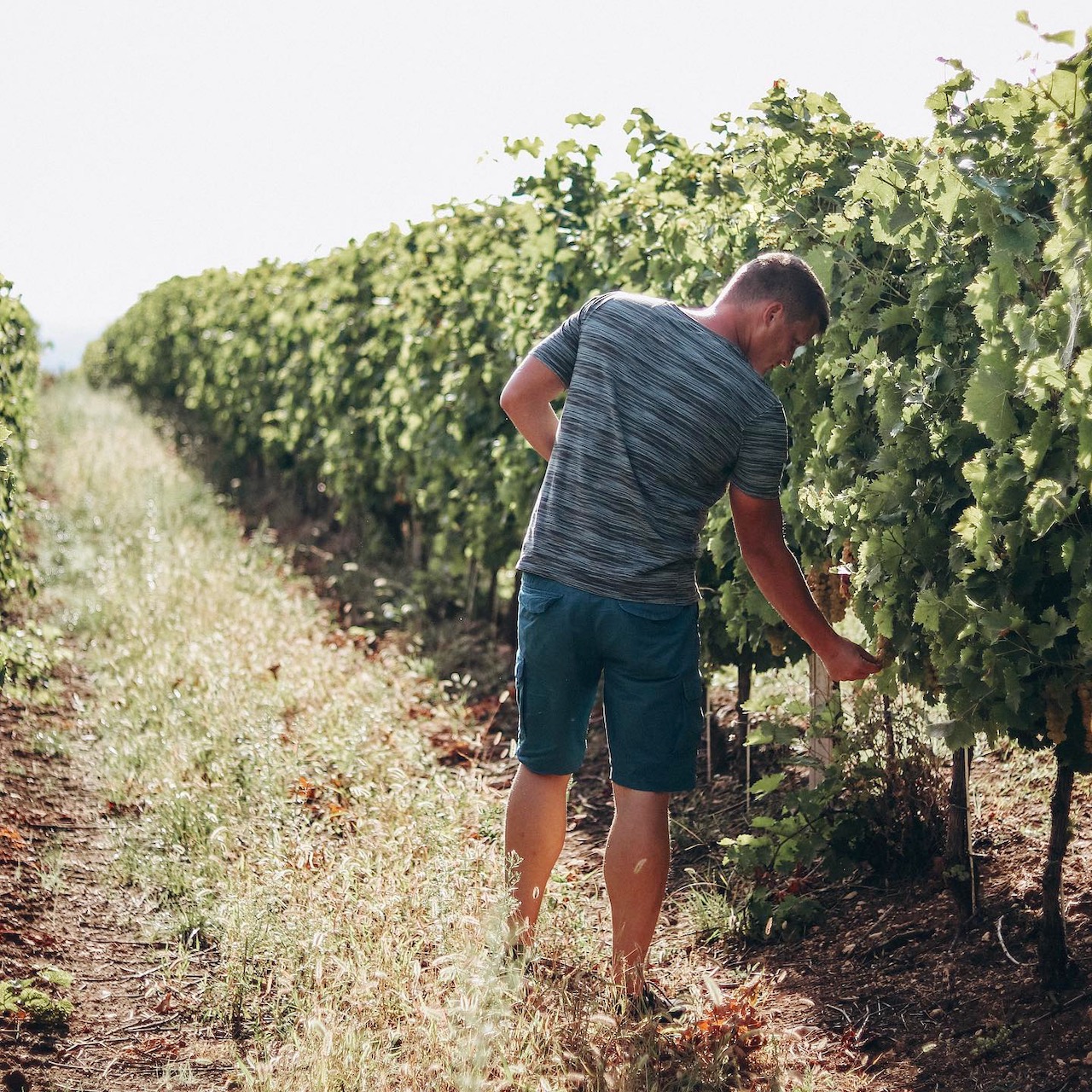 
Vine density is high, often heavy green harvesting, and while not yet organically certified, in a newly planted vineyard (4 hectares) they are not using pesticides, herbicides, and relying more on sulfur, orange oil, algae and occasionally copper and plans to switch to organic farming in other plantations with appropriate experience in the future. We are both investing in the viticulture heading in this direction. They’ve also been experimenting with clones since the early 1990s, so there’s a natural resilience and health defenses built up over the last two decades. Their Kékfrankos is between 40-50 years old. In 2020, they planted Kadarka. More on that in 3-5 years. 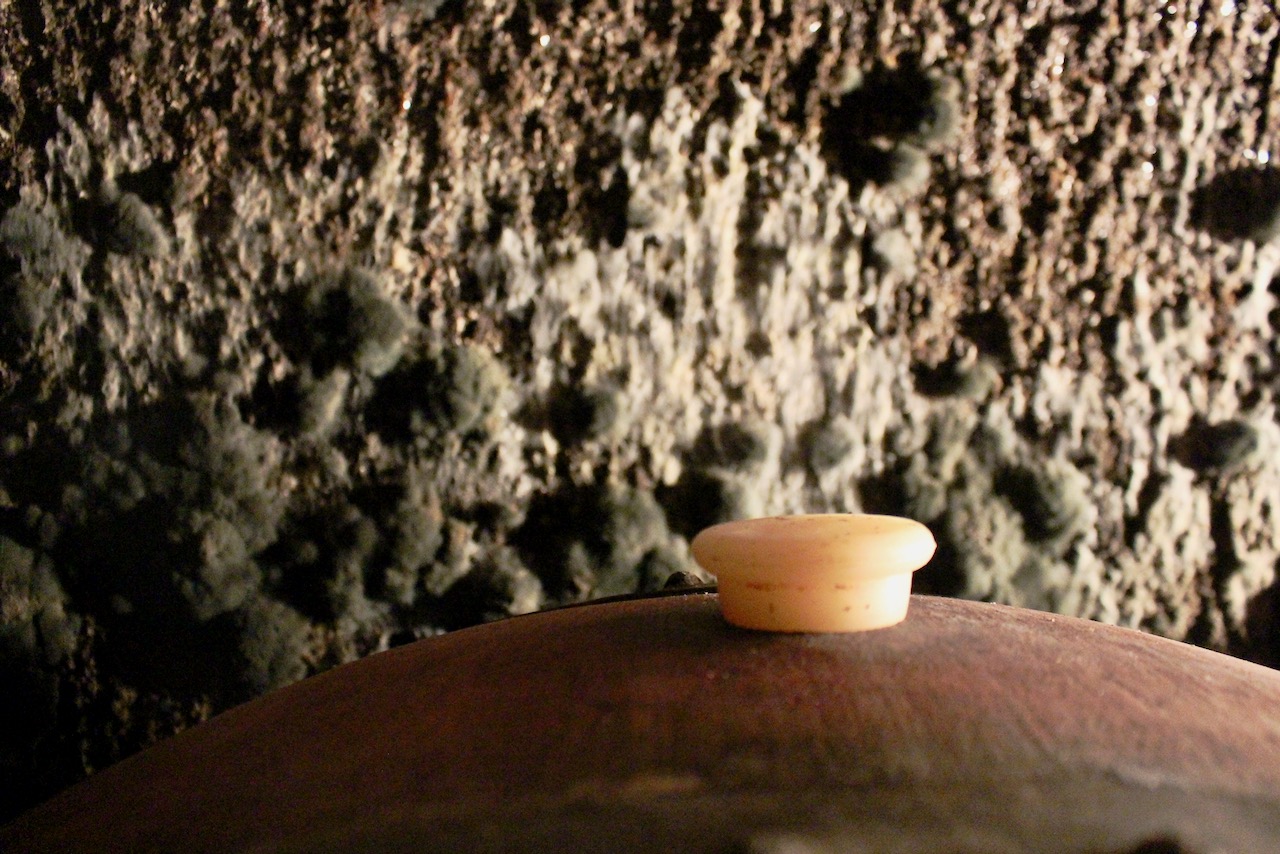 Mold in the old cellar

Geared toward minimal intervention, their first cellar is dug into the soft but sturdy volcanic tuff and joins a vast labyrinth of barrel filled caves that crisscross below the streets of Eger. Cool and damp with barely any temperature fluctuation, it’s an ideal environment for fermentation and elevage. The walls are covered in thick cellar mold. 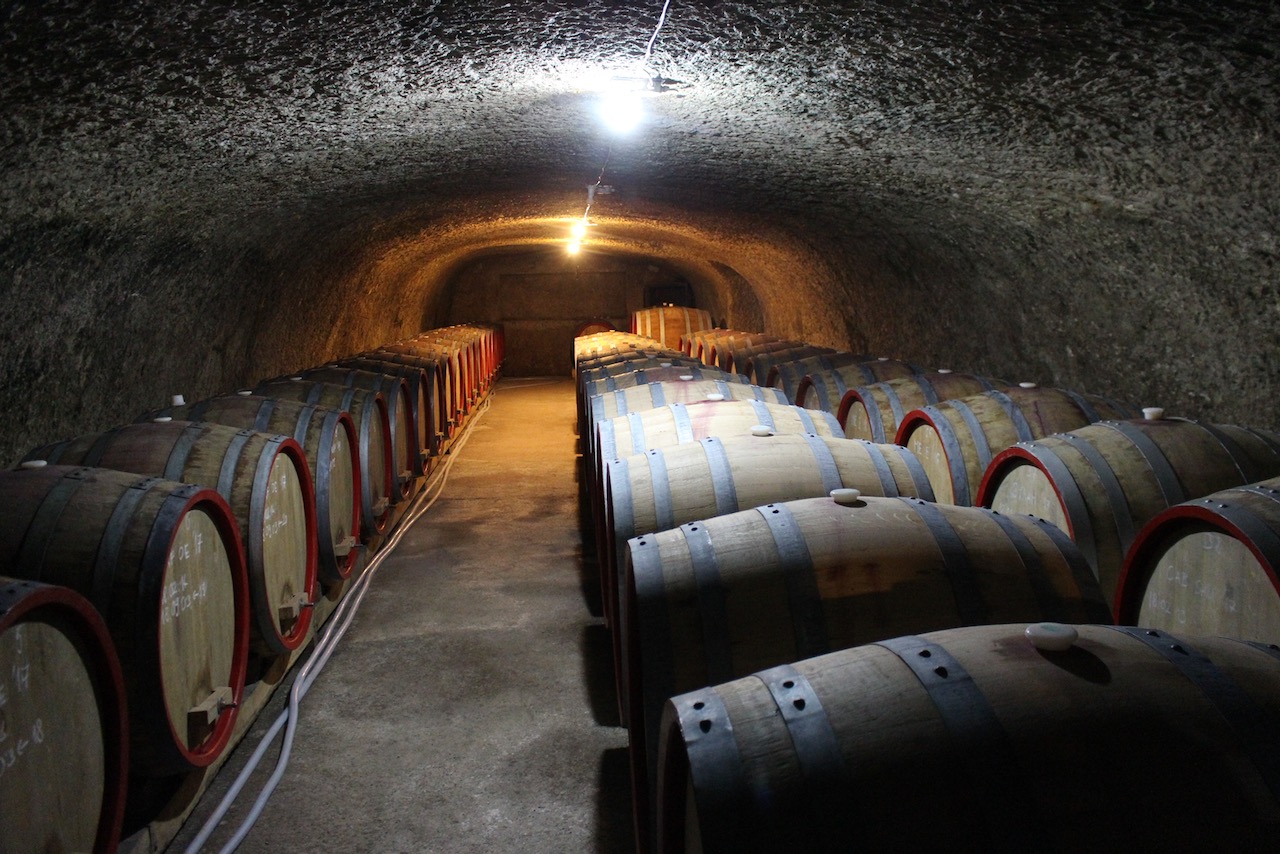 In the new cellar

In the past couple of years, they’ve acquired a second cellar that’s been freshly dug out, and is just starting to develop its own character. All the grapes are hand harvested, fermentation is spontaneous, a couple of punchdowns a day, and maceration is typically around 3 weeks. The Kékfrankos spends a minimum of 18 months in barrel and is bottled unfined and unfiltered. They only use 500l barrels (Acacia and Hungarian oak) from a nearby cooperage in Bükk. The Acacia lends itself to holding onto the acidity while the Hungarian oak adds density and grip. The only addition is a small amount of SO2 at bottling (20-25ppm total). Bottle aging is key and we try to get as much of it as possible. 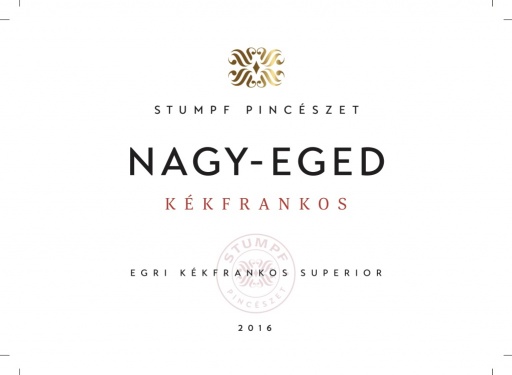 Our last visit was in the Spring of 2019. Péter explained where they’ve been narrowing down the limestone rich parcels (higher extract, more body) and the more volcanic parcels (higher acidity and less body) and finding balance. 2016 was a particularly cool vintage, so while acidity wasn’t a problem, they needed more from the limestone heavy middle of the hill and longer time in both barrel and bottle. Partially aged in the new cellar, which hasn’t yet developed the dense mold of the older cellar, also played a factor with more angel’s share and a cooler temperature. It’s dense, but only 12.5%-13%, refreshing, and has enough texture to handle some richer foods. We had some roadside Pacalpörkölt (fatty tripe stew) and the 2016 was just what we needed in order to survive/enjoy it.
Download PDF Fact Sheet