Rebuilding, acre by acre, stone by stone, a large domain in Tokaj is more than a passion but an act of faith and an oath on the future; you'll be the one to choose. This is Patricius: our wine and today yours — Katinka Kékessy 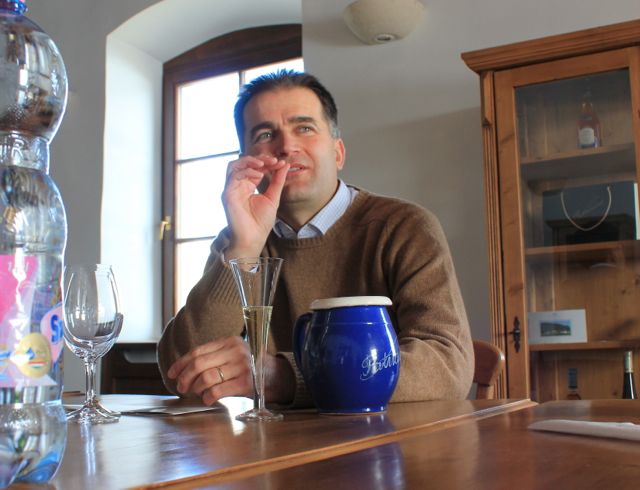 In North-Eastern Hungary, Tokaji-Hegyalja is one of the great wine regions of the world. Its unique qualities warranted the world’s first appellation system — over 100 years before Bordeaux. For nearly 400 years, it has served as a diplomatic tool to court foreign powers and has become so ingrained in Hungarian identity that it’s part of their National Anthem. 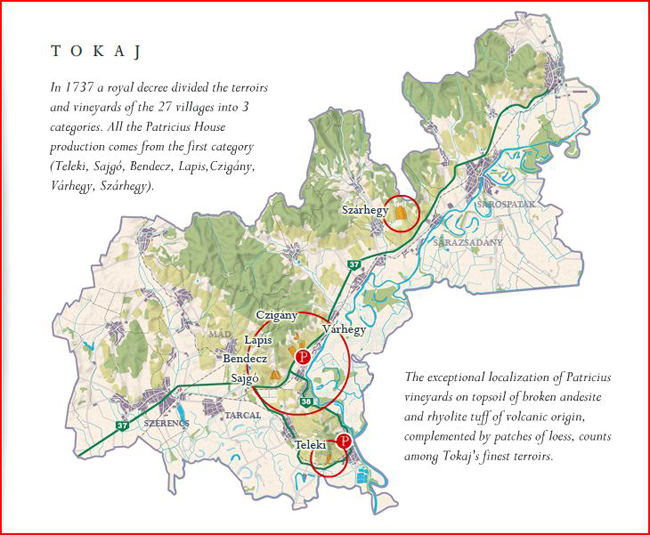 Map of Patricius vineyards in Tokaj 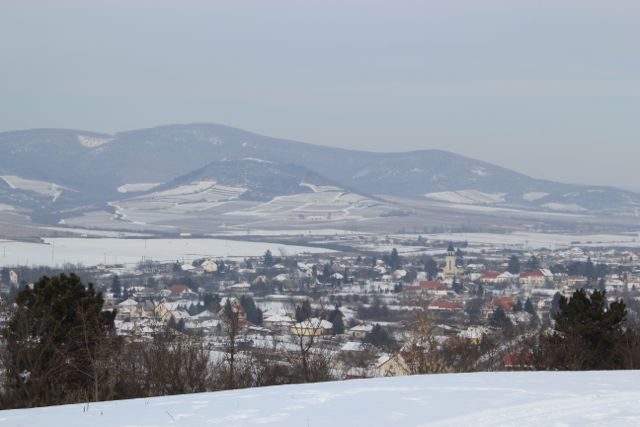 Building on this tradition, Patricius Winery was founded “as an oath to the future” by Dezsõ Kékessy and his daughter Katinka Kékessy. The production is split between the famous sweet Tokaji Aszú and the modern dry single varietal bottling. Fruit is sourced only from premier vineyards that they have slowly been acquiring, row by row, since 1997. In 2000 Tokaji specialist and wine maker Peter Molnar PhD. was hired as general manager. His vision has helped establish Patricius as one of the top tier new estates in the Tokaj-Hegyelja region. According to Molnar, “In the life of a person, very few occasions, very few possibilities like this come.”. The winery is located under a rebuilt winepress house in the Várhegy vineyard. The aesthetic of this old building, mentioned in the mid 19th century in a book about the region, has been preserved and carefully integrated into a modern subterranean gravity-flow winery. 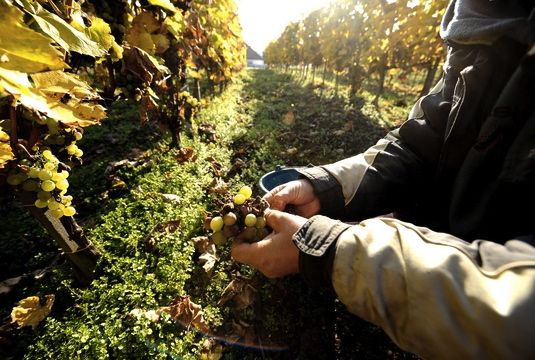 Patricius currently cultivates 85 ha of vines all located within the premier vineyards Szárhegy, Czigány, Várhegy, Lapis, Bendecz, Sajgó and Teleki. These vineyards were established by royal decree in 1737. The indigenous Hárslevelü variety is ideally suited to the region's volcanic soils and usually harvested in the middle of October. Hard pruning of the vines in the winter reduces the need to drop clusters in the summer while the vines are flowering, reducing interruption of the plants’ natural growth cycles. 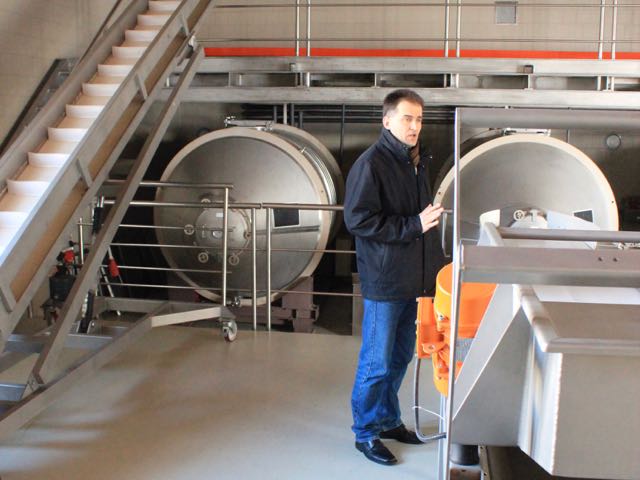 Grapes are hand harvested into small bins to prevent premature fermentation and then quickly transported to the computer-controlled state of the art gravity-flow winery. After a second fruit selection on a sorting table, the grapes drop through a de-stemmer into fermentation tanks. Movement of the wines is done without pumps. Each vineyard’s fruit is vinified separately at specific temperatures and then later blended to the Patricius house style. 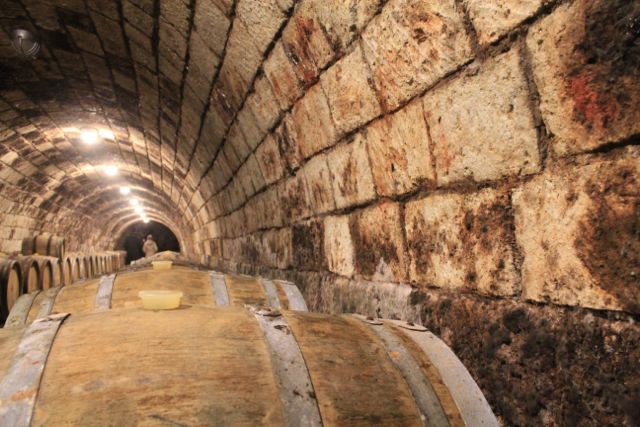 In the old cellar

For the Aszú wines, this is base wine to which the individually hand picked, noble rot affected berries, mashed into a super sweet thick black paste, are then added. The more puttonyos (literally, ‘baskets’) of Aszú fruit, the sweeter and more complex the wine. This produces an intensely flavored, golden, and ageless wine.

The wine is characterized by a fine nose of tropical fruits, peach and apricot, balanced by a lively acidity and kind sweetness on the palate. A long, smooth taste is giving an elegant finish. This kind of balance between high sugar, high acid and low alcohol are what make Tokaji wines magical. Enjoy it with dessert, goose liver dishes, and blue cheeses.
Download PDF Fact Sheet