“I want to make special wines that have personality and identity, delicate wines with character influenced by their origin and heritage, made with traditional grape varieties which translate the sense of place.” — Peter Wetzer 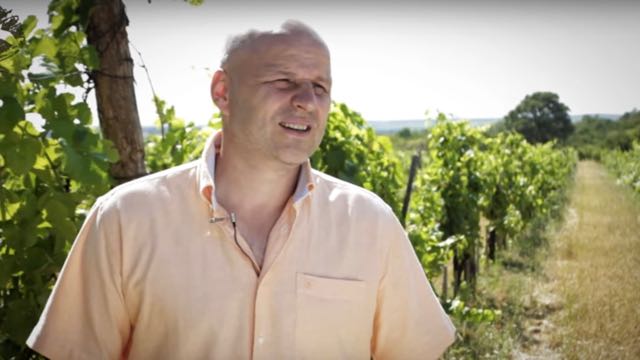 Sopron was once the capital of Burgenland, itself a part of Hungary until 1921. Nowadays the border is incredibly permeable and many Hungarians commute to Austria for work and in turn Austrians come for cheap dental care. Similar to other Hungarian wine regions, Szekszárd most notably, Swabian settlers also had a great influence in Sopron. These early settlers were known as “Poncichter” (Bohnenzüchter in German) because they planted beans as cover crops using the grape canopy to shade them. Since beans weren’t taxed, this enabled them to feed themselves while waiting for finished wine. 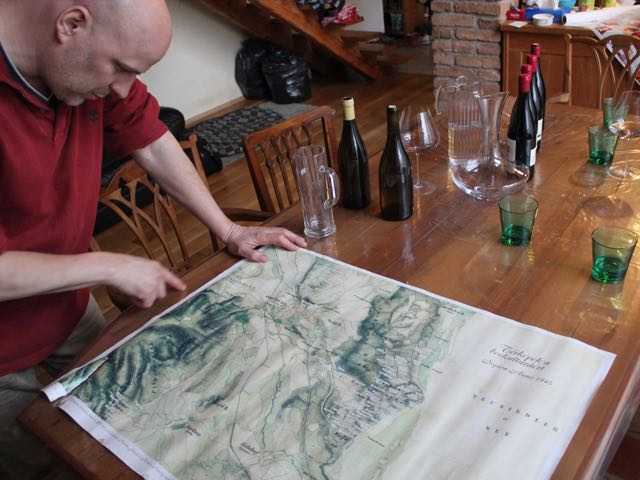 The dominating geographical influence of the region is Lake Fertő (aka Neusiedlersee) which provides protection from extreme weather while also encouraging botrytis in select exposures. Sopron produces a wonderful combination of red and dessert wines. In fact, prior to Phylloxera, the region was predominately white wine (Furmint mostly) which is also slowly coming back to life. Speaking of coming back to life, Peter Wetzer openly acknowledges that people in Sopron were originally working the vineyards like they do in Burgundy. Small plots over generations and generations. People used to know how to react to vintages, how best to farm each special place, when to pick and so on. According to Peter, ”That has been lost here and now we need to get it back.” “I’m trying to continue the past.” 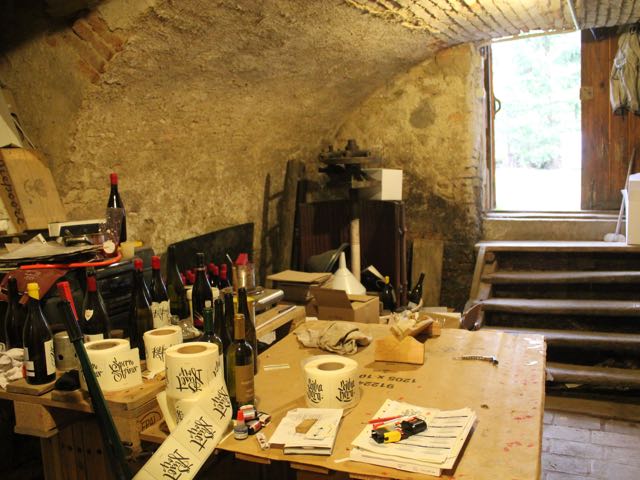 Peter is the 5th generation living in his house with a 120+ year old attached cellar. He came up in the wine industry working in both Eisenstadt and Vienna and has been a ceaseless student of the world of wine inside and outside of Sopron. His biggest lesson learned are wines of industry versus wines of nature. Fortunately he’s chosen the latter. His wines are both raw and elegant. 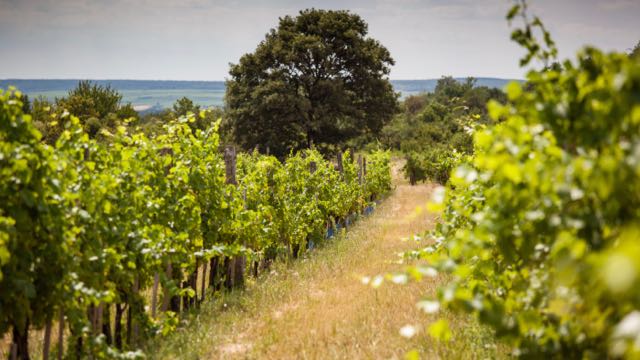 Peter purchased 2.5 hectares spread over 5 different terroirs in 2007. It was a long hunt for healthy soils that hadn’t been party to the industrial farming that was commonplace during Communism. He found sites that were alive with flora and fauna, healthy cover crops and with exposures that only require 1-2 sparys of Sulfur per growing season. Everthing is done by hand with zero tilling and trimming. All sites are picked and fermented separately. His Kékfrankos comes from the Kohlenberg and Harmler vineyards. The soil is a mixture of clay, red gravel, limestone, and loess. Vine age ranged from 25-60 years old. 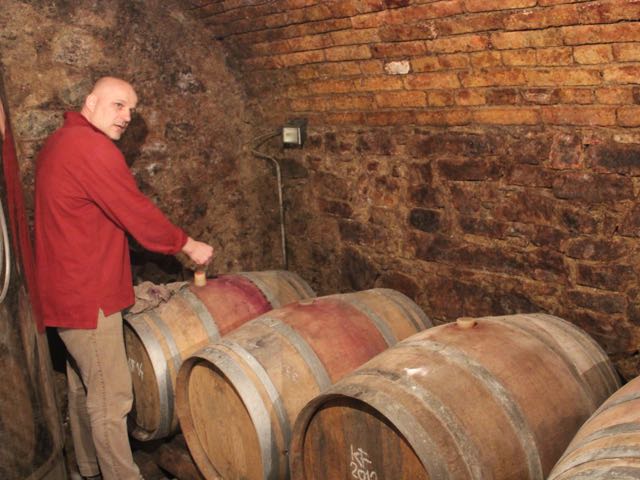 In concert with Peter’s work in the vineyards, little to no intervention is the dogma without being dogmatic overall. The 120+ year old cellar is ripe with plenty of microbiological flora and the grapes arrive with extremely healthy yeast populations. All wines are therefore fermented with native yeasts with no other additives. Fermentations take place in open topped containers before being barreled down into used Hungarian oak barrels. The Kékfrankos spent 18 months on the lees without bâtonnage. The 2013 was neither fined nor filtered and bottled by gravity. Total SO2 around 21 mg/l.

While the vast majority of Peter Wetzer's production is Kékfrankos, he also dabbles in both Somló and Tokaj. We are lucky enough to offer a very limited amount of his Furmint from the Kis-Hegy vineyard in the village of Mád, Tokaj. This is a very iron rich volcanic site yielding a textured, raw, and alive Furmint.
Download PDF Fact Sheet

Peter’s Kékfrankos ripens late and is often picked in late October and into November. Acidity is by no means compromised and this wine is impossibly bright and put together thanks to over a year on the lees. While perfumed, tart, and earthy like other serious Kékfrankos/Blaufränkisch can be, there is a remarkable texture to this wine. This is the kind of Hungarian red we’d pour for someone looking for an old world Pinot Noir in terms of weight, acid and structure while certainly being open to the spicier and tarter fruit flavors unique to Hungary.
Download PDF Fact Sheet

2017 was a great year for reds in Sopron. While we will always get Wetzer's estate Kekfránkos, it’s also time to show the site reflective range of this grape from another terroir: Blumenthal. Where the estate fruit comes mostly from schist, limestone and loess soils, the Blumenthal is defined by gravel and silt. The fruit comes in with much more ripeness and structure. We rarely get excited about a 14.5% Kékfrankos, but this is one of those times.
Download PDF Fact Sheet 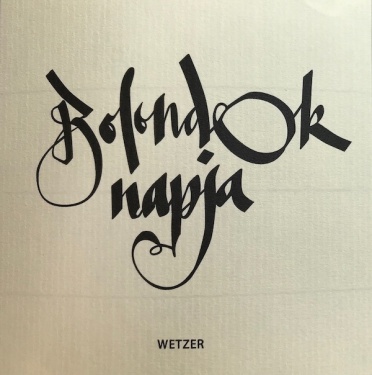