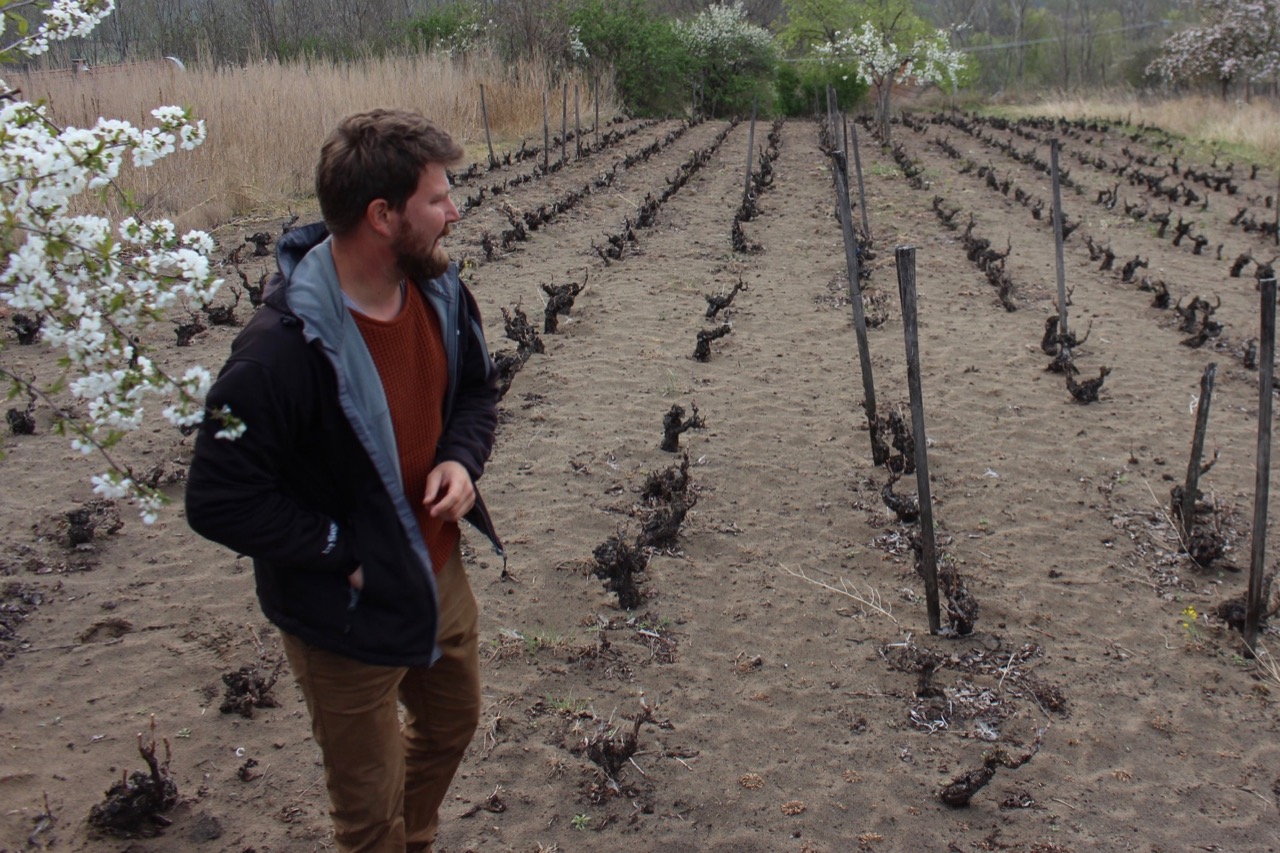 About 3 hours south and just east of the Danube River is the village Hajós. More importantly, about 3 km outside of town is the Hajósi Pincefalu (the cellar village of Hajós). With deep Swabian roots dating back to the 1700s, there are over 1200 cellars dug into the hillsides. Driving through the Pincefalu is like a cellar theme park with sandy vineyards on top and narrow streets and cellar doors below. While this area was of course dealt the typical Hungarian historical blow after the world wars and Communism, the older sandy vineyards were left alone due to the risk of heavy Soviet tractors collapsing the vast cellar system. Here we meet Petra and Balázs Sziegl. Balázs studied viticulture and wrote a thesis on Kadarka. He is focused on the vineyards, a ton of clonal research, and preserving the older vines. Petra studied winemaking and is principally in the cellar. A young couple, new baby, and juggling a winery just founded in 2012, brand new plantings of 5, and farming a total of around 5 hectares entirely themselves. On our last visit we shared a proper Bajai Halászlé (Fisherman’s soup) made with only 5 ingredients: water, paprika, onions, fish, and pasta. It’s one of those dishes that is super unique, delicious and highlighted how versatile, vibrant and equally honest these wines are. 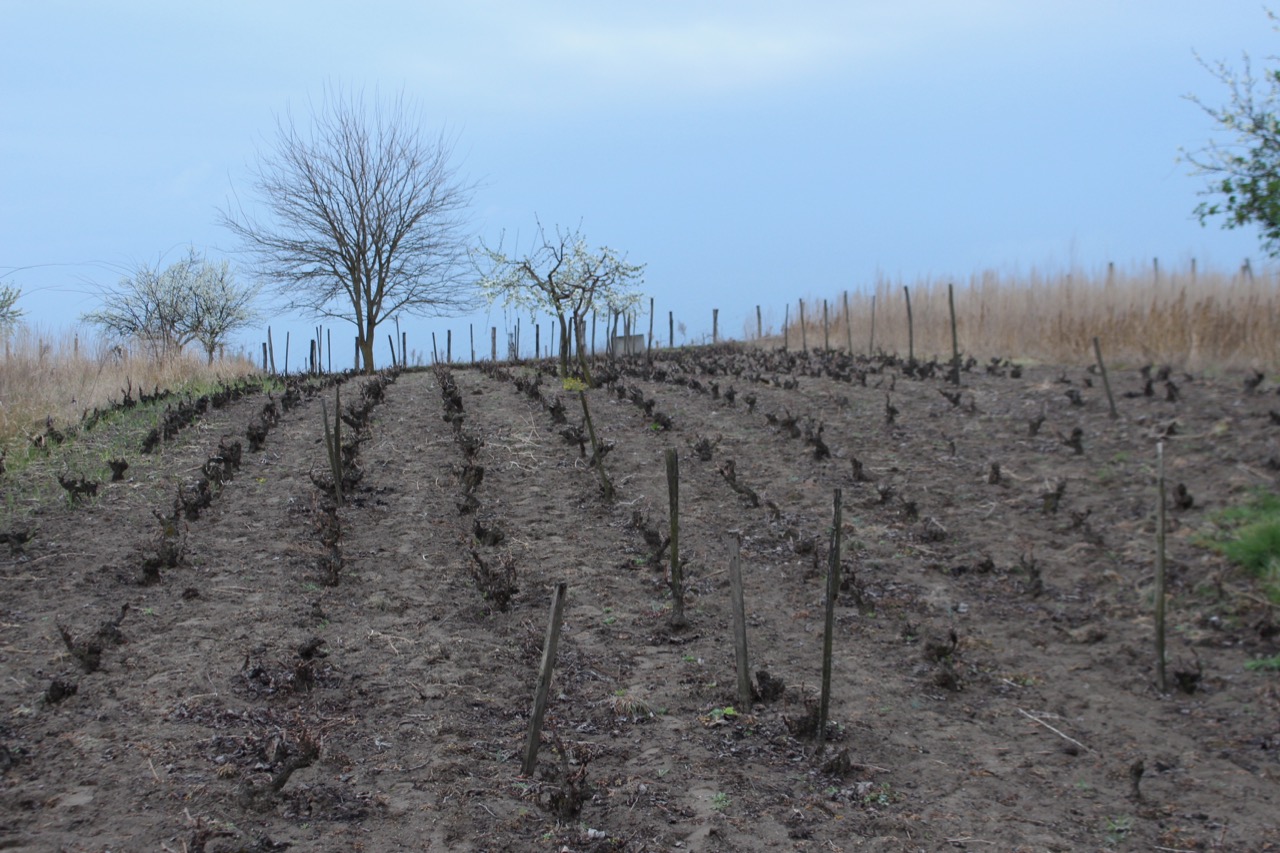 The sand is almost ubiquitous here, and there are many forested areas buffering in all directions. Increasing and maintaining vine density is also key. Training ranges from goblet, to head to cordon depending on the location, clone and age of the vines. There are old fruit trees in the middle of the vineyards and often other crops nearby as well. They till when needed, but otherwise prefer to have the cover crops manage vigor. The Herreberg vineyard is 15 ha total, and Sziegl has around 3.5 ha. Their plantings here are mostly Kadarka (5 clones plus old vine material), Kékfrankos, Zweigelt and Kövidinka. Where the sand is particularly thick, they plant cover crops, otherwise they mow the natural growth. This vineyard was once noted as a “grand cru” by the top families in the region. The Hársfás-út vineyard is near Érsekhalma (15 min drive from Hajós) with a deep layer of hard packed loess and clay. It’s a rare anomaly amongst all of the sand. Roughly 4 hectares of Cserszegi Fűszeres, Olaszrizling, Rajnai Rizling, Traminer, and Hárslevelű were planted here in 1981. 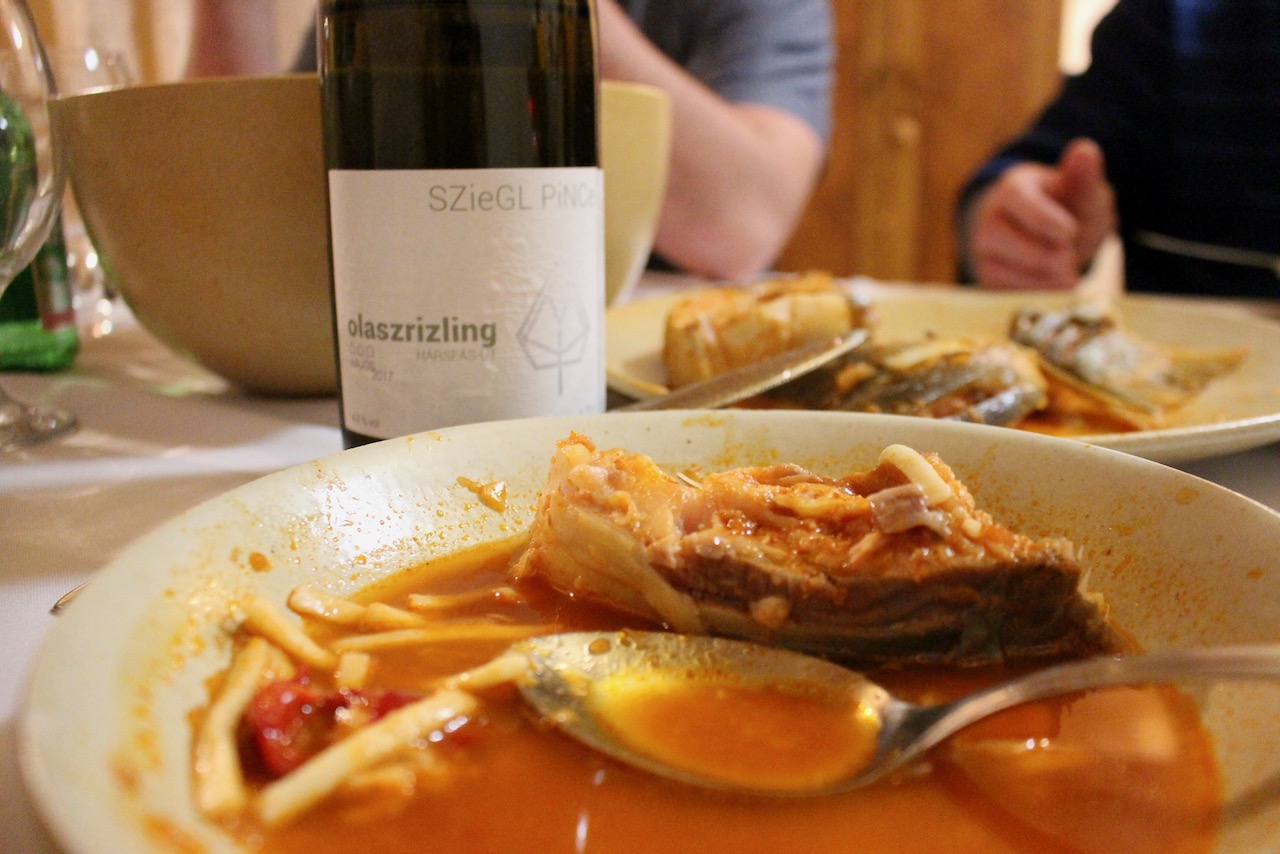 With a traditional cellar it follows that the winemaking follow suite. Grapes are hand harvested, reds are often destemmed, whites are often whole cluster and let to soak at uncontrolled temperatures as long as possible, and everything ferments with native yeasts. Most everything continues fermenting and aging in 500ml Hungarian oak. Almost all wines are unfiltered, unfined, and the only addition is a little SO2 at bottling. 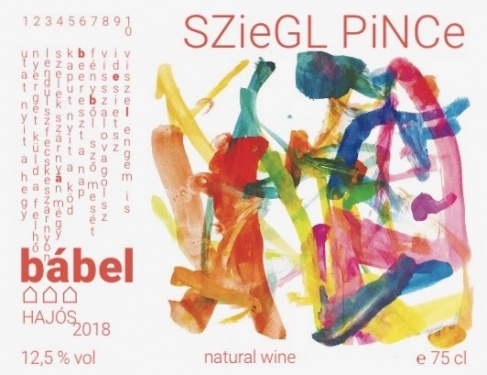 2 grape varieties, 5 different vintage dates and different processing technologies. Between a light red and a rosé, this is a style of wines that the Hungarian called Shiller. The 5 different must fermented spontaneously together in a tank. After fermentation, the wine was on fine lees for 6 months. Bottled unfiltered with some sulfites added before bottling. The wine is dry, tart, spicy, grippy, and super refreshing.
Download PDF Fact Sheet 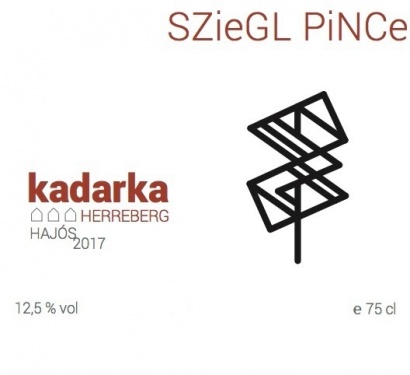 This vintage was picked from short goblet trained vines at the end of September. Both were fermented in open vats, 2 punchdowns a day, and then pressed off to 225L and 300L used oak barrels for 8 months of aging. Bottled unfiltered, and despite the light color, has both intensity and energy.
Download PDF Fact Sheet 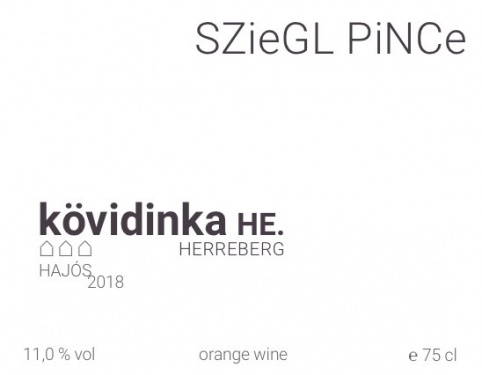 Hand harvested on the 21st of October. The grapes after destemming had 7 days on skin maceration. After 7 days of fermentation, the wine fermented in 500 L oak barrel. Aged for 7 months on the lees. Unfiltered. Golden color, fresh citrus aromas on the nose, full-bodied with tannins on the palate, long aftertaste.
Download PDF Fact Sheet