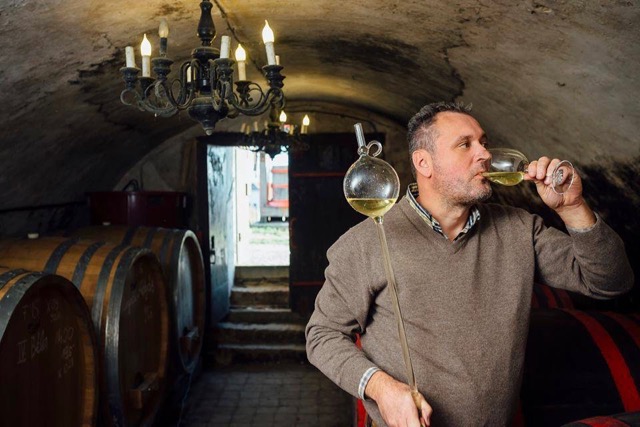 Károly Kolonics is a 4th generation winemaker who grew up in nearby Devecser but spent his weekends and summers in Somló. His grandparents were born and raised on the hill. His Somlói lineage goes back notably to his great grandparents who emigrated to the US before WWI. 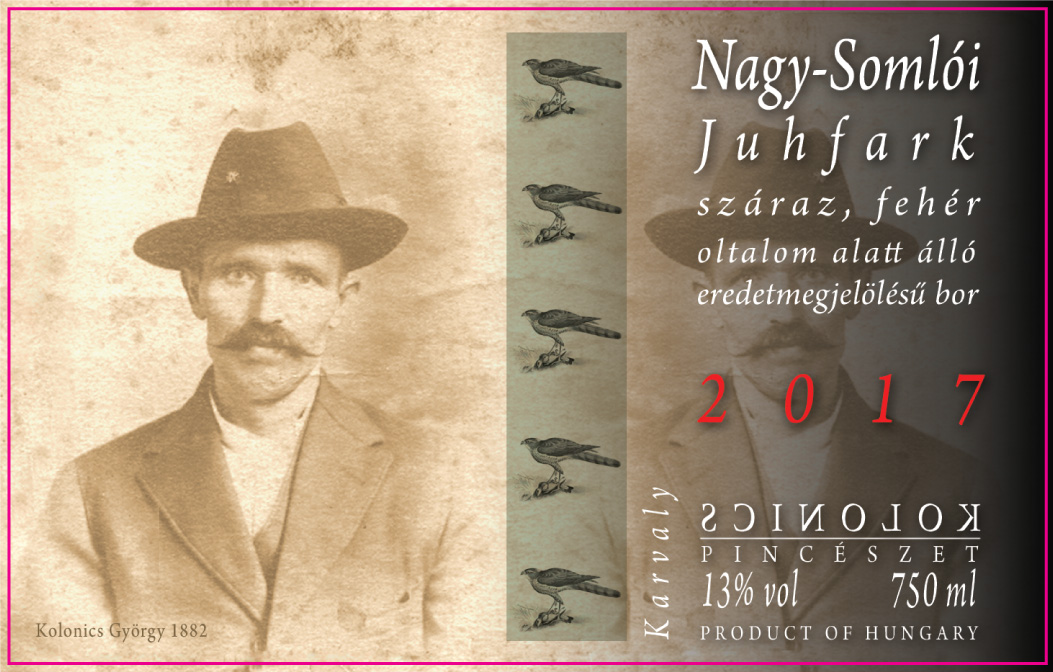 
Once the war threatened Hungary, they mailed back as much money as possible. There was an issue with the postmaster and none of the money went to the family and the estate was lost to the Abbey. The family eventually got their land back. The labels are photos of the great grand parents from the late 1800s. 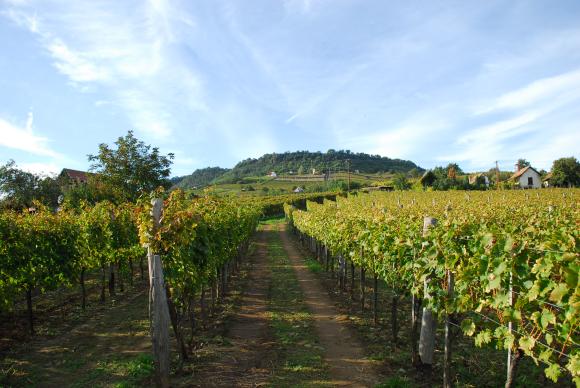 Today, Kolonics farms about 9 hectares of Olaszrizling, Furmint, Juhfark and Hárslevelű in thick basalt crumble soil. The area is also covered in chestnut and walnut trees at an altitude just above the frost line. No herbicides, pesticides, cover crops are cut by hand, and he uses orange oil and hand sprayed SO2 when needed. 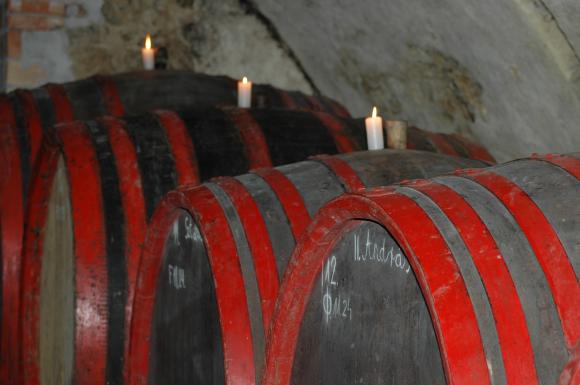 His barrel regiment of large 1500L Hungarian oak and Acacia barrels, many around 60 years old, are adorned with the names of Kings and Saints of Hungary. According to Károly, “I usually say that when you taste a wine and you speak about the barrel you do not speak about God but of his dress.” As for winemaking, grapes are destemmed, pressed, and then usually spend 6-8 hours of maceration before the native fermentation begins. All wines are barrel fermented and aged, full malo and only racked once before bottling.

This vintage shows undeniable fidelity to Somló. It’s like taking the hard salty mineral water from the natural springs on the hill and adding acidity, fruit, and spiced honey. My notes just say “heart of Somló,” meaning this could never be confused as coming from Tokaj, Balaton or anywhere else. After one and half years in barrel, it’s just 12% alcohol, less than 2 g/l of RS and a whopping 7.5 g/l of acidity with full ripeness. Densely layered and balanced like a Hungarian Dobos Torte or Eszterházy Torta. Golden volcanic goodness.
Download PDF Fact Sheet

Juhfark (Sheep’s tail) is a distinctive, almost extinct white grape variety found almost exclusively in Somló. The clusters are long, tightly packed and curve a little at the end hence the Sheep’s tail moniker. Naturally very high in acidity, it’s also fairly neutral on its own and instead absorbs and communicates the volcanic terroir rather than pronounced fruit flavors. However, after a few years in bottle this wine really comes alive.
Download PDF Fact Sheet