Beauty is produced by nature or humans, the gifted wines of Moreno Coronica are the product of both. 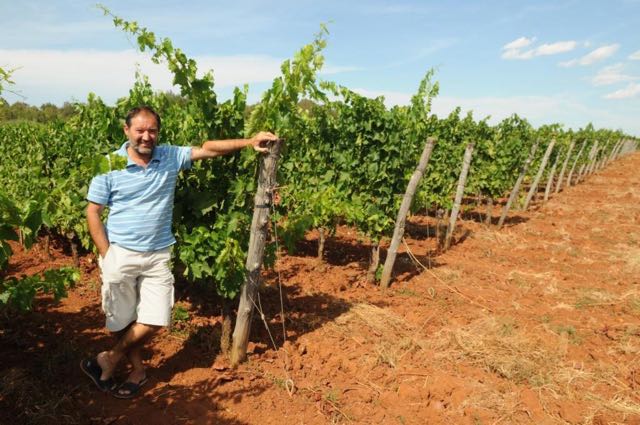 Coronica was established in 1992 by Moreno Coronica after the fall of communist Yugoslavia. His family has lived in the village of Koreniki long enough for it to carry the old spelling of their surname - just over 600 years. Moreno’s interpretation of Istrian terroir differs greatly from that of his contemporaries, yet more classic examples of the indigenous Malvazija Istarska (Malvasia) and red Teran cannot be found. He is dismissive of wines that boast of flavors foreign to Istria, like tropical fruits catering to the “market.” To quote Moreno, “wine must taste like wine.” As the largest peninsula in the Adriatic, stria is Croatia’s westernmost region bordering both Italy and Slovenia. The climate is maritime Mediterranean, but the terrain is extremely diverse allowing for a multitude of microclimates. Although winemaking throughout the region suffered due to the World Wars and under the Federal People’s Republic of Yugoslavia, since independence from Yugoslavia in 1992, Coronica among many others are embodying a massive rebirth of quality over quantity. Defined by his ability to consistently convey the character of the vintage and seemlessly integrate oak in his “Gran Teran” and “Gran Malvasia” bottlings, they are among the most long lived and best we’ve encountered. 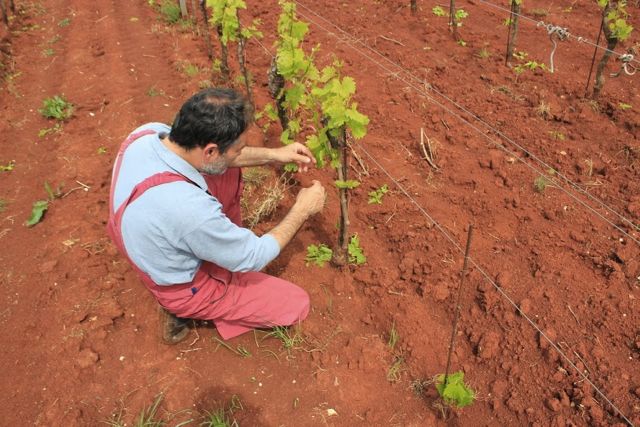 An hour drive south from Trieste, Italy, just outside the port town of Umag, Moreno Coronica maintains 75 acres of vineyards planted in the area’s famous rust colored ‘Terra Rossa’ soil. Underneath this nutrient rich clay is the solid limestone that defines the topography. Summers are sunny and hot. In the late afternoon the inland “Mistral” breeze cools the vines helping to preserve acidity and encourage the grapes to grow thicker disease resistant skins. Three fourths of the vines are Malvazija, the remainder Teran and Merlot. Proximity to the warm Adriatic coupled with the distinctive ‘Terra Rossa’ soil account for the scent of sea mist and a deeply mineral signature. Moreno’s immaculate vineyards are grown without the use of fertilizers, pesticides or herbicides. Crop thinning and green harvest are common practice. Grapes are harvested in multiple passes and always sorted by hand. 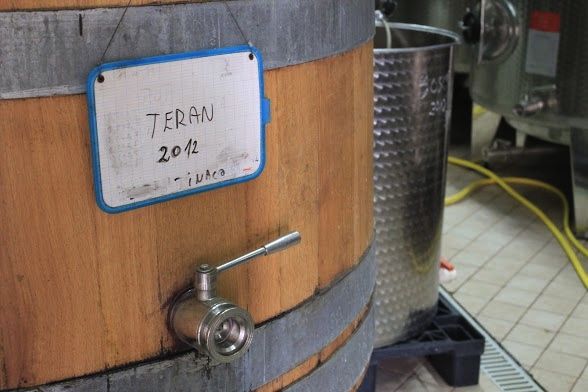 The objective of the winery is function. Located amidst the vines, during harvest refrigerated rooms receive the grapes so that everything can be properly sorted and processed together at optimal temperatures. Even cold, this room filled with Malvazija smells amazing. Grapes are vinified in stainless steel with cultured yeast at controlled temperature, followed by extensive time on the lees. This typically is also in stainless steel, though small amounts of Coronica’s Gran Malvazija, Gran Teran (the only Teran he produces), and Merlot are aged in a combination of new and used French Barrique. By the time this is read, construction of Coronica’s new winery and cellar will likely be complete. Despite the scale of the project, production will increase only modestly. Moreno’s primary objective is to attain even greater control over the wine making process.

The history of the indigenous variety Malvazija Istarska dates back to possibly before the Venetians. Over 30 types are grown around the Mediterranean. Moreno Coronica’s Malvazija is considered a benchmark example of this indigenous version. It represents almost 75% of his entire production. In lieu of Garrigue, Croatians champion ‘Freškina’ (sent of the sea) - imagine the sun beating down on rocks covered in seaweed. With the added nuttiness and texture imparted by barrel aging, the Freškina takes on a smoky brininess. A perfect pairing with grilled seafood, fish pot-au-feu, and with enough weight to tackle risotto, gnocchi and pasta.
Download PDF Fact Sheet

Teran had the potential to be incredibly tart with harsh acidity. Moreno has tamed this grape with a barrique treatment and found an equally incredible balance of fruit, spice, acid and texture. Often staining the glass with an ominous inky color, the body is counter intuitively delicate and refined with surprisingly low alcohol. Best served after decanting, locals pair with gamey foul, smoked meat, and spicy lamb. This is one of the most captivating Terans produced in Istria and paves the way for how this grape can age and evolve.
Download PDF Fact Sheet

The history of the indigenous variety Malvazija Istarska dates back to possibly before the Venetians. Over 30 types are grown around the Mediterranean. Moreno Coronica’s Malvazija is considered a benchmark example of this indigenous version. It represents almost 75% of his entire production. Peppery citrus, sea shells and bright without being overshadowed by acid alone. In lieu of Garrigue, Croatians champion ‘Freškina’ (sent of the sea) — imagine the sun beating down on rocks covered in seaweed.. Think dining seaside in Istria. Pair this wine with grilled prawns, fish pot-au-feu, and anything pickled and briny soaking in oil and fresh herbs.
Download PDF Fact Sheet