If you want to get a supreme quality wine that will express the effort you put in it, then you have to dedicate yourselves completely to it. You do that with your heart or you do not. There is no compromise—Josip Brkić 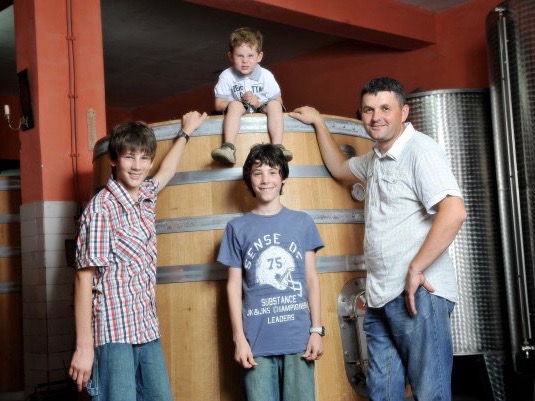 Josip Brkić and his family

Southern Herzegovina was once a distinguished wine-growing country. More than 2,000 years ago, Illyrians cultivated grapes and cereals in the inland mountain valleys. After the arrival of the Turks, wine production decreased and eventually perished, but by the end of the 19th century, local wine producers started exporting their wines to Western Europe and wine became an important source of income to the region. Nowadays, thanks to a temperate Mediterranean climate, and soils rich in Karst limestone providing distinct flavors and minerality to the wines, Herzegovina wine producers are pushing for the international recognition of the indigenous grape varieties Žilavka and Blatina. 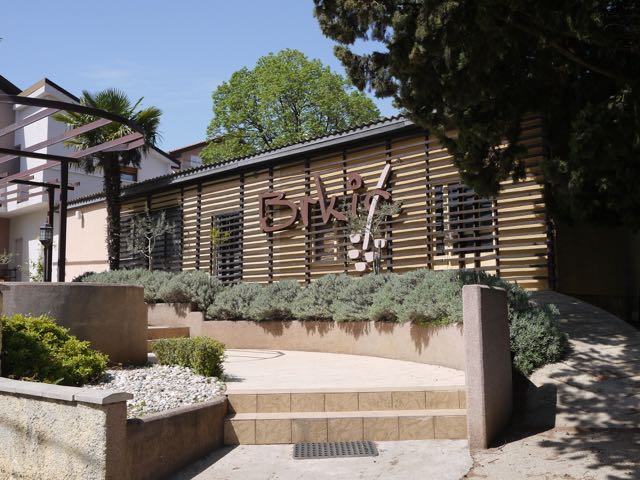 In the late 70s, Pasko Brkić planted vineyards in Čitluk—a wine district located just south of Mostar in southern Bosnia and Herzegovina—at 800-1,300 feet above sea level and opened a modern wine cellar. After his father's death, Josip Brkić took over the domain to focus primarily on the native Žilavka and Blatina. Looking for the right balance between acidity, tannins, and texture, he converted the vineyards and cellar to biodynamic practices. 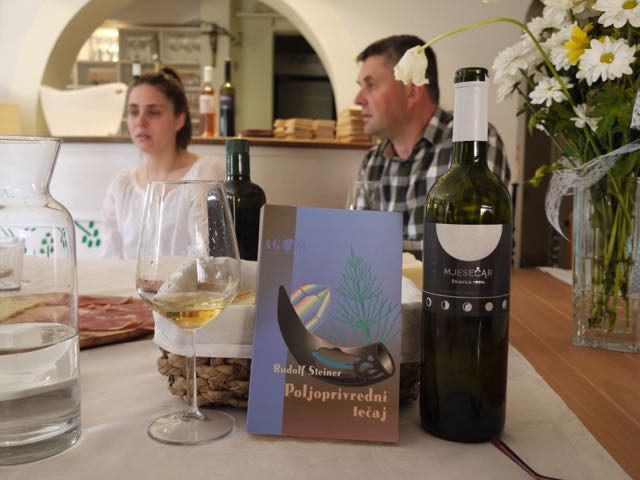 Josip didn't always work organically. He fell in love with organic practices 15 years ago after attending a Wine Expo in Italy dedicated to organic wines. There he discovered that making wine was more than making a product: it was making something alive. From that point on, he couldn't make any compromise and would only produce organic or not at all. 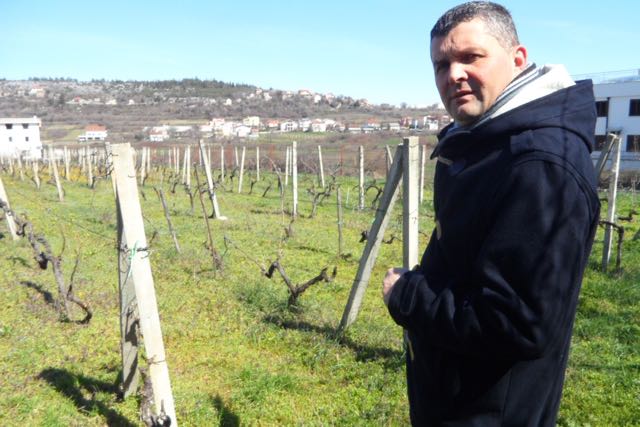 Initially, when Josip stopped using chemicals, the vineyard suffered from shock, like a drug addict being detoxified. But diseases have to be accepted, Josip told us, to allow the vines to grow stronger. Why use water in a dry year? The winemaker has to be honest with the vintage. Thanks to organic farming, the vineyard is a special place, not just an ordinary piece of land. It's a place of dedication, a place that demands respect, attention, love, knowledge and passionate work. It is farmed to let nature be in control, which is harder and more risky. The berries are smaller, the yield is lower, but this is necessary to let the wine express itself. 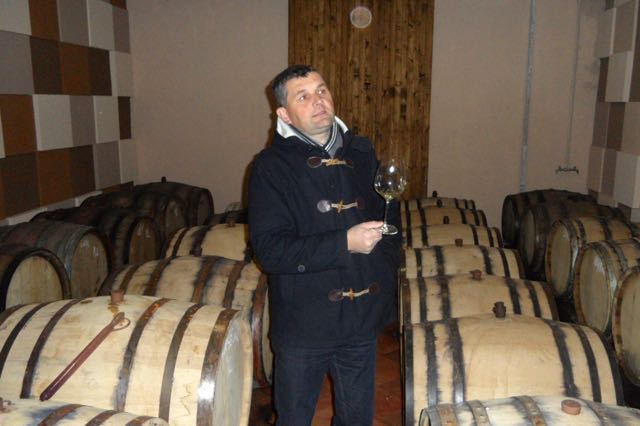 For Josip, harvest is the time when the grapes leave their mother the vine and move to the cellar, a magical place where producing a new wine is like giving birth to a new life. Through his winemaking strongly influenced by bio-dynamic practices, the wine's natural components have to be preserved as much as possible. Gravity is used in order to avoid pumps. The grapes are pressed on rubber rollers to avoid damaging the stalks and seeds. Made with natural yeasts and aged in large local Bosnian oak barrels, the wines are not filtered to retain their lees.

The indigenous white Žilavka (zhee-lav-ka) is ideally suited to the Mediterranean climate and limestone plateaus of Citluk where it has been grown for over a 1000 years. Utilizing organic and biodynamic principals and the lunar calendar, Josip Brkic satisfies his responsibilities to land and family and his desire to make wines of terroir. Fermented with native yeast, aged briefly on the lees and bottled unfiltered. This effortless, pear and tarragon scented Žilavka is a combination of organic fruit from vineyards he owns and others that he contracts.
Download PDF Fact Sheet

The indigenous white Žilavka is ideally suited to the Mediterranean climate and limestone plateaus of Citluk where it has been grown for over a 1000 years. Utilizing organic and biodynamic principals and the lunar calendar, Josip Brkic satisfies his responsibilities to land and family and his desire to make wines of terroir. Made much like a red wine 50% of this 100% Estate Žilavka was fermented on the skins. Fermentation was by native yeast. The wine was aged in a large new oak tank on the lees for about 12 months. Often compared to white Burgundy Greda has both richness and density without high alcohol. Complex, and fruity the wine ends with a distinctive savory smoky finish. Its depth of flavor and low alcohol make it an easy foil to a wide range of flavors and cuisines especially those that include brown butter mushrooms or soy sauce.
Download PDF Fact Sheet

Mjeseċąr, which means the “moonwalker” in Bosnian, is the first wine he made after converting to biodynamic farming. The native white Žilavka is resistant to high temperatures and rarely shatters. Josip can therefore keep the majority of berries intact and leave them in just enough base wine to spend 9 months macerating in Bosnian oak barrels. Keeping the berries more or less whole keeps the tannins in check while the lees and careful topping keep the wine healthy. Normally Žilavka in a reductive setting is very floral and perfumed, under this method, it’s more like white tea, dried flowers and stone fruit. An immensely layered skin macerated white, but not terms of tannins and oxidative qualities.
Download PDF Fact Sheet

This is one of those rare brooding looking reds than clocks in under 13% and ripe. Josip Brkić specializes in the indigenous white Žilavka and red Blatina from his region of Čitluk in Bosnia/Herzegovina. Utilizing organic and biodynamic principals and the lunar calendar, he’s able to juggle a fairly harsh environment with elegant wines. Greda is the name of the plateau vineyard. Fermented with native yeast in local Bosnian oak, it juggles ripe flavors of the Southeran Adriatic with seemingly much cooler climate acidity. Blatina has less tannin than Vranac, Babić or nearby Plavac Mali and is much lower in alcohol. A distinct everyday local wine in the best way possible.
Download PDF Fact Sheet