“We believe in the outstanding qualities and uniqueness of our region that lies next to the Garam. We would like for our wines to help the wine region reestablish its position on the European wine map.”—Bott Frigyes 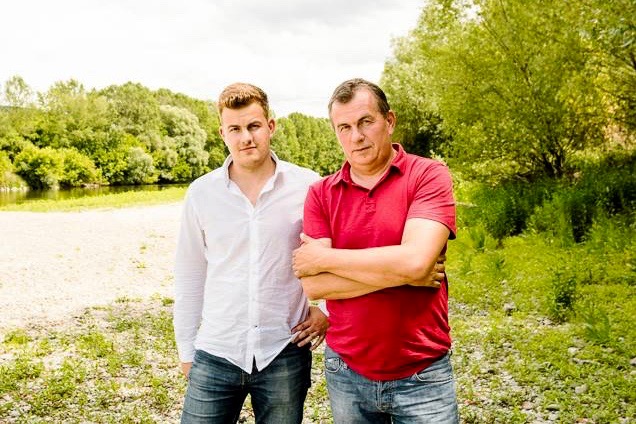 Bott Frigyes and his son Frici

After WWI, Hungary lost around 71% of its territory to Romania, Ukraine, Czechoslovakia (Slovakia), Yugoslavia (Slovenia, Croatia, Serbia) and Austria. Over 3 million ethnic Hungarians found themselves outside of Hungary with significant outcome on the grapes and traditions that never stopped or are now coming back to life beyond the present day borders of Hungary. On the southern slopes of the Mužsla Hills in Slovakia surrounded by the river Garam, Danube and the Ipoly rivers, is one such example: Bott Frigyes.

Even the neighboring village of Béla is where Judit and József Bodó of Bott Pince began their winemaking career (ethnically Hungarian but born in Slovakia) before moving to Tokaj. Long story short, a whole bunch of things all came together with Bott Frigyes coupled with great farming, honest winemaking, and delicious wines. 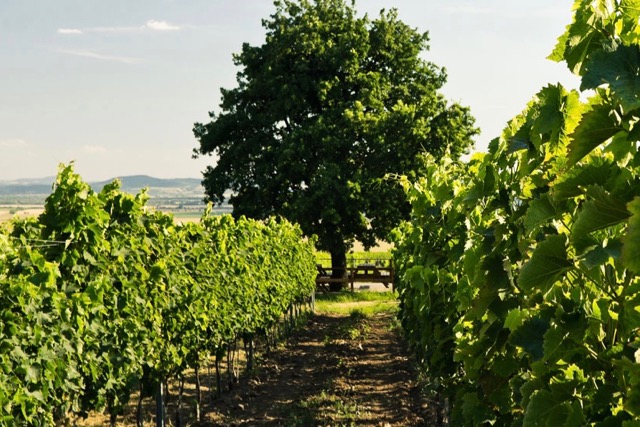 Bott and his son Frici cultivate 10 hectares of vineyards next to the River Garam, at 250 metres above sea level. They are growing Furmint, Hárslevelű (Lipovina in Slovakia), Juhfark, Kékfrankos, Kadarka (cuttings are incidentally from Balla Géza in Romania who is also ethnically Hungarian), Tramini, Pinot Blanc, Sauvignon Blanc, Pinot Noir, Riesling, Sárfahér and Olaszrizling. The soil is clay on top of volcanic bedrock, which is also rich in limestone and minerals.

The winemaking is certainly structured in terms of technique, although all fermentations are native, there’s zero temperature control, longer lees aging, natural settling, all oak barrel (some amphora), and bottling unfined and unfiltered with a small amount of SO2 at bottling as the only addition. For the reds, they do use the “Hamberger” method which is essentially alternating layers of whole cluster (foot stomped), topped with whole cluster, then topped with a destemmed and hand crushed layer. This achieves a semi-carbonic quality to the wines without developing too much of the banana or bubble gum often associated with carbonic. For the skin contact whites, it’s often no more than a week, and they are careful to keep it worked over to prevent VA and other flaws. The winemaking overall is tied to tradition but with a nod to modern hygiene in the cellar. 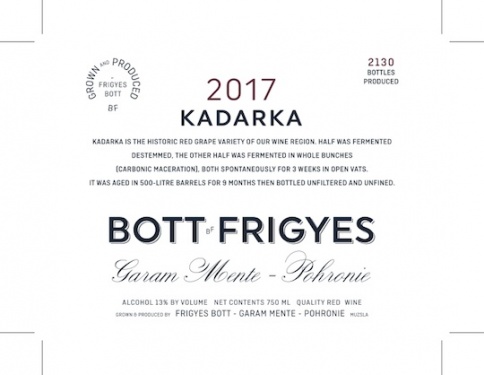 This is the most dark fruited Kadarka in the portfolio. Still late ripening and thin skinned, but half was left whole cluster on the skins for nearly a month. There’s no dominant carbonic quality, but all that skin contact leeches out the spice and tea. It’s easy to see how a Kadarka like this would be a required blending component in Bikavér (Bull’s Blood). As previously mentioned, one half was fermented as whole bunches on the skins but the other half has destemmed. Both fermented separately for 3 weeks in open vats. Both lots were then combined in 500L oak barrels and aged 9 months. Bottled unfiltered.
Download PDF Fact Sheet 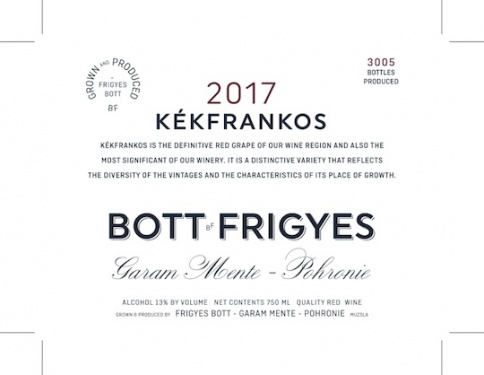 Sitting along the Danube and tasting barrel samples of the 2018 reds, the Kékfrankos as Bott puts it is, “The main message from our region.” It has the history and flavor that make it inextricable from the area. Through clonal selection, controlling vigor with cover crops, and farmed with Biodynamic principles, the berries are small and thick skinned. They then use the “Hamberger method” which is foot stomped whole clusters, topped with whole cluster, then topped with a destemmed and hand crushed layer. There’s a touch of that whole cluster fruit, aromatics from the stems, and plenty of spice from the skins.
Download PDF Fact Sheet 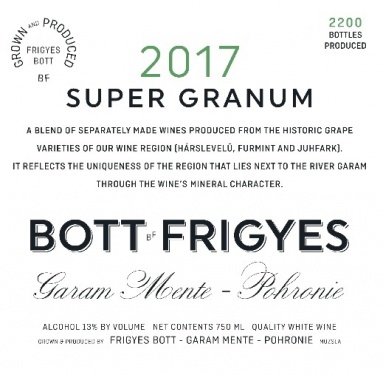 The Garam River is one of the defining influences on the wines. Granum derives from the Latin, so Super Granum is essentially a super estate blend. The Hárslevelű and Juhfark are both macerated separately on the skins for 5 days, then blended with fresh whole cluster pressed Furmint in barrel. They age together in barrel for 1.5 years. The skin contact is more for texture and aromatics than heavy tannins or oxidation. The Furmint is the acid driver and brings overall levity to the blend. It drinks almost like a Riesling at first in terms of acidity and stoniness, but the skin contact adds weight where sugar would normally be the balance.
Download PDF Fact Sheet 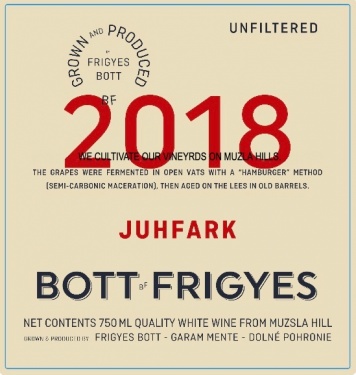 Up until tasting this wine, all the Juhfarks we’d encountered were from the Basalt crumble soils of Somló and the similarly volcanic Northern shore of Lake Balaton in Hungary. They either had lengthy élevage with botrytis, or were pure free run made fresh. This is a whole other side of Juhfark. One week on the skins, little to no Botrytis, all oak, but still released fresh. This is more on the tea spectrum than fruit, great acidity, more creamy weight than tannic, and dry.
Download PDF Fact Sheet